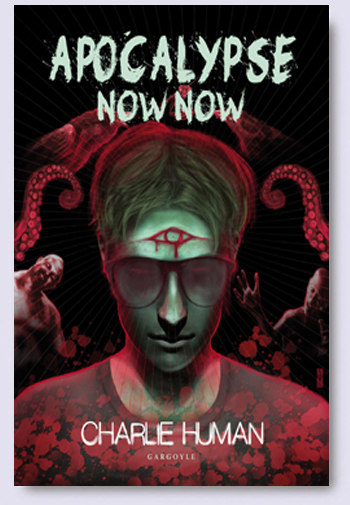 Charlie Human‘s critically-acclaimed debut novel, APOCALYPSE NOW NOW, has been translated into Italian and published by Gargoyle. The cover, above, is wonderfully creepy and matches the mood of the UK and South African covers rather nicely (below).

In case you’ve missed the series, here’s the novel’s synopsis…

I love the smell of parallel dimensions in the morning

APOCALYPSE NOW NOW and the sequel, KILL BAXTER, are published in the UK by Century and in South Africa by Random Struik. Here is just a small amount of the praise the novel has received…

‘It’s mad, dark, irreverent and wonderfully twisted in all the right ways.’ — Lauren Beukes (author of The Shining Girls)

‘A riot – a firebomb of a novel, exploding with sick humour, violence and depravity… it’s never less than very funny, and the ongoing question of Baxter’s sanity adds a degree of mystery. There’s warmth here, too – you’ll likely feel sympathy for Bax by the end.’ — SFX Magazine

‘A bowl of fireworks… It has porn-peddling adolescents, ginger bearded monk ninjas, killer crows and zombie-filled sex dungeons ruled over by parasitic mega-spiders. What’s not to love!?!’ — J For Jetpack

‘Breakneck pace and mad imagination… APOCALYPSE NOW NOW [is] such an addictive experience. As one of an associate of Ronin’s remarks: “There’s no pause button, you understand? … Once it starts you have to see it through.” All too true!’ — Tor.com 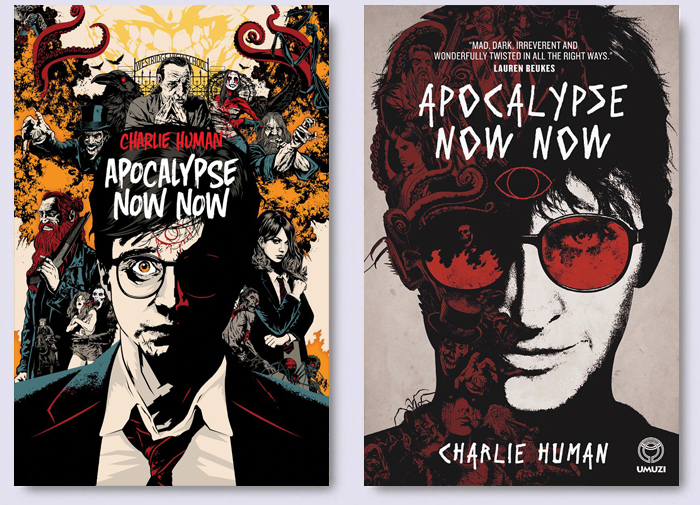