Fantasy maestro Brandon Sanderson certainly has a few busy months coming up, with a number of exciting new releases for the UK and Commonwealth market, coming from Orion. Indeed, 2013 looks like it will shape up to be the Year of Brandon!

First up, we have THE RITHMATIST, to be published by Orion Children’s on May 16th 2013, which has this eye-catching and dynamic cover. Here’s the blurb… 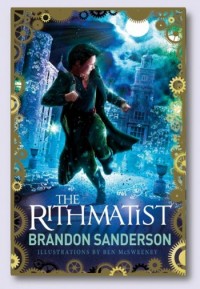 Joel is fascinated by the magical art of Rithmatics, but unfortunately only a chosen few have the necessary gift and Joel is not one of them. Undaunted, Joel persuades Professor Fitch to teach him Rithmatic theory – and soon finds that his knowledge is put to the test when someone starts murdering the top Rithmatic students at his school.

But can Joel work out the identity of the killer and stop them before they realize just what a threat Joel actually is?

Two of Brandon’s recent novellas, LEGION and THE EMPEROR’S SOUL, will be released by Gollancz as a hardcover omnibus in the summer. If you can’t wait for the omnibus (and who could blame you), then the good news is that the two novellas are available right now as eBooks, via all the usual channels. Check out the fantastic Sam Green artwork for each… 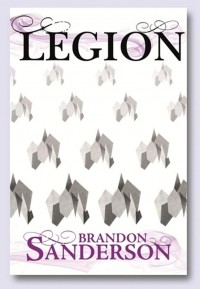 LEGION: Stephen Leeds, AKA ‘Legion’, is a man whose unique mental condition allows him to generate a multitude of personae: hallucinatory entities with a wide variety of personal characteristics and a vast array of highly specialised skills. As the story begins, Leeds and his ‘aspects’ are drawn into the search for the missing Balubal Razon, inventor of a camera whose astonishing properties could alter our understanding of human history and change the very structure of society. The action ranges from the familiar environs of America to the ancient, divided city of Jerusalem. Along the way, Sanderson touches on a formidable assortment of complex questions: the nature of time, the mysteries of the human mind, the potential uses of technology, and the volatile connection between politics and faith. Resonant, intelligent, and thoroughly absorbing, LEGION is a provocative entertainment from a writer of great originality and seemingly limitless gifts. 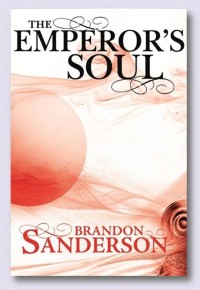 THE EMPEROR’S SOUL: Shai is a Forger, a foreigner who can flawlessly copy and re-create any item by rewriting its history with skillful magic. Though condemned to death after trying to steal the emperor’s sceptre, she is given one opportunity to save herself. Despite the fact that her skill as a Forger is considered an abomination by her captors, Shai will attempt to create a new soul for the emperor, who is almost dead from the attack of assassins.

Skillfully deducing the machinations of her captors, Shai needs a perfect plan to escape. The fate of the empire lies in one impossible task. Is it possible to create a forgery of a soul so convincing that it is better than the soul itself? 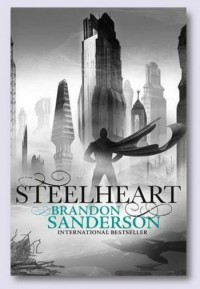 And we love Green’s new cover for Brandon’s upcoming STEELHEART, which is already a firm favourite in the Zeno office, and hits shelves on September 26th 2013.

Ten years ago, Calamity came. It was a burst in the sky that gave ordinary men and women extraordinary powers. The awed public started calling them Epics. But Epics are no friend of man. With incredible gifts came the desire to rule. And to rule man you must crush his wills.

Nobody fights the Epics… nobody but the Reckoners. A shadowy group of ordinary humans, they spend their lives studying Epics, finding their weaknesses, and then assassinating them.

And David wants in. He wants Steelheart – the Epic who is said to be invincible. The Epic who killed David’s father. For years, like the Reckoners, David’s been studying, and planning – and he has something they need. Not an object, but an experience.

And finally, we have Brandon’s YA series, Alcatraz, which Gollancz have begun releasing as four individual books, following on from the hefty omnibus edition released last September. 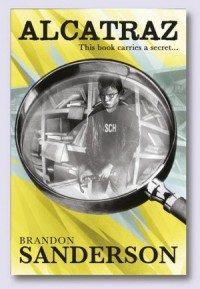 On his thirteenth birthday, Alcatraz – a foster child – gets a bag of sand in the mail which purports to be his ‘inheritance’ sent from his father and mother. The Librarians, of course, immediately steal the bag of sand from him.

This sparks a chain of events which leads Alcatraz to realize that his family is part of a group of freedom fighters who resist the Evil Librarians – the secret cult who actually rule the world. Alcatraz’s grandfather shows up and tows him off to infiltrate the downtown library to steal back the mystical bag of sand. The ensuing story involves talking dinosaurs, sentient romance novels, and a dungeon-like labyrinth hiding beneath the innocent-looking downtown library.

In addition to these highly-anticipated books, the second novel in Brandon’s Stormlight Archive has both a title and a tentative release date (but no cover as yet): WORDS OF RADIANCE, due to be published on November 21st in the UK (also by Gollancz).

Brandon Sanderson is represented in the UK and Commonwealth on behalf of JABberwocky Literary Agency. Brandon is the author of the highly acclaimed Mistborn novels (THE FINAL EMPIRE, THE WELL OF ASCENSION, THE HERO OF AGES and THE ALLOY OF LAW), the stand-alone fantasies WARBREAKER and ELANTRIS. Brandon also co-wrote the final volumes in Robert Jordan’s Wheel of Time series.