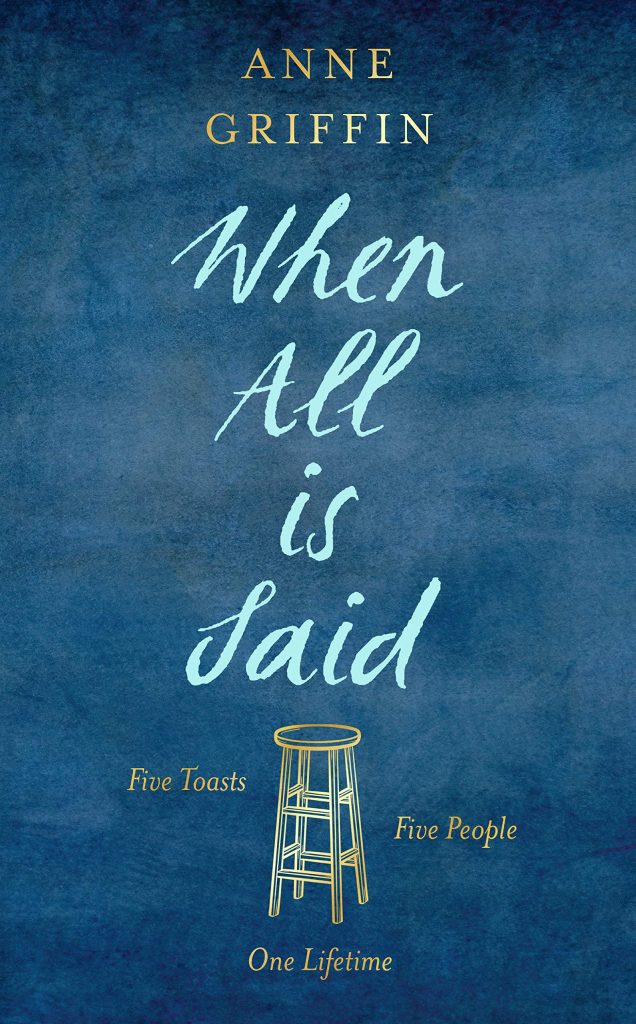 We’re very happy to report that, after a spectacular first week, Anne Griffin‘s superb debut novel, WHEN ALL IS SAID, is the #1 bestseller in Ireland! Congratulations Anne! Absolutely deserved success.

Specifics can be found here, but we wanted to share this bit from the article…

This week’s featured book is brand new out and has gone straight to the top of the chart in just two days. When All is Said by Anne Griffin (what a lovely cover!) is proving to be immensely popular and is storming miles ahead of The Tattooist of Auschwitz with almost 2000 sales since release and glowing reviews from big names like John Boyne, Donal Ryan and Graham Norton, to name just a few.

The novel is out now, published in the UK and Ireland by Sceptre. Here’s the synopsis…

‘I’m here to remember — all that I have been and all that I will never be again.’

At the bar of a grand hotel in a small Irish town sits 84-year-old Maurice Hannigan. He’s alone, as usual — though tonight is anything but. Pull up a stool and charge your glass, because Maurice is finally ready to tell his story.

WHEN ALL IS SAID is due to be published in the US by Thomas Dunne Books/St. Martin’s Press, in March (cover below). The novel has received an outpouring of love since review copies were sent out, and even more from readers and reviewers since its UK release. Here is just a small selection of praise…

‘A book to savour, and pass on. An absolute joy’ — Sunday Mirror

‘This is how you tell a story’ — Cecelia Ahern

‘Beautifully written, unhurried and thoughtful, and a character you love from the off’ — Kit de Waal

‘Warning: it is impossible to read the last chapter of this book without weeping copious tears… an ingenious narrative… Maurice’s toast to his late wife that will leave you reeling though. Here is a man who deeply loved a woman but just didn’t know how to show it (often held back by his own parsimony), stifling her in the process until one day she rebels in the smallest but most moving of ways. When you read that page, you might want to get the tissues at the ready…’ — Stylist

If you’d like to hear Anne talk about the novel, she was interviewed for BBC Radio’s Front Row, which you can listen to here. 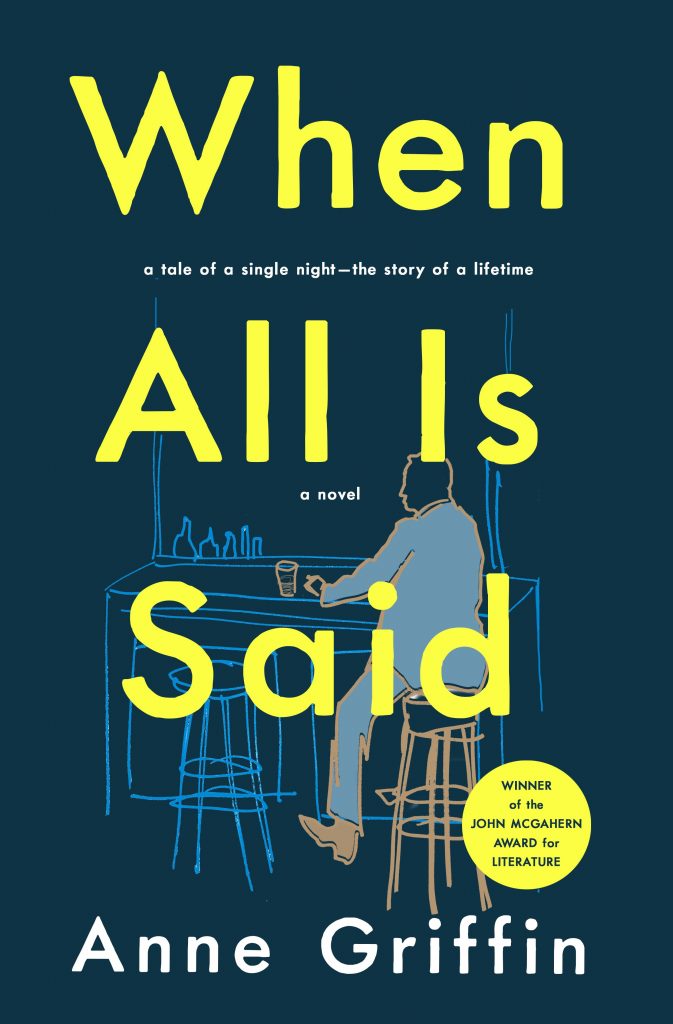 ‘This is the book I wish I had written’ @aineltoner, editor of @Womans_Way and author reviews the Irish debut book by @AnneGriffin_ ‘When All is Said’ @IrelandAMVMTV Mark Cagney is equally excited for this book to launch on 5th March #teamww pic.twitter.com/6spbSJwznM