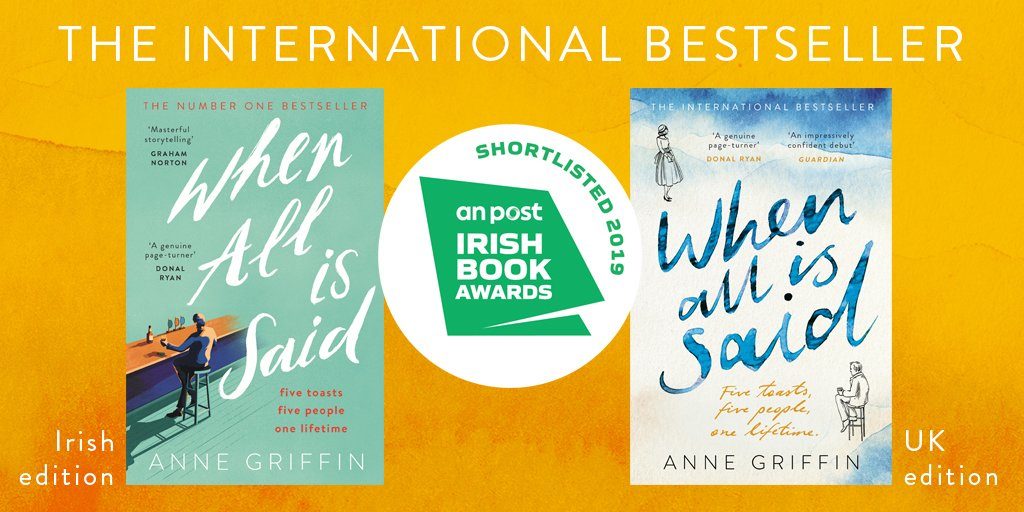 We are delighted to share the news that Anne Griffin‘s acclaimed, best-selling debut novel WHEN ALL IS SAID has been nominated for two Irish Book Awards! The novel, published in Ireland and in the UK by Sceptre, is up for the Popular Fiction Book of the Year and Newcomer of the Year awards.

Huge congratulations to Anne for both of these very well-deserved nominations!

Here’s the synopsis for the novel…

WHEN ALL IS SAID is also published in North America by St. Martin’s Press, and is available in a growing number of translated editions. 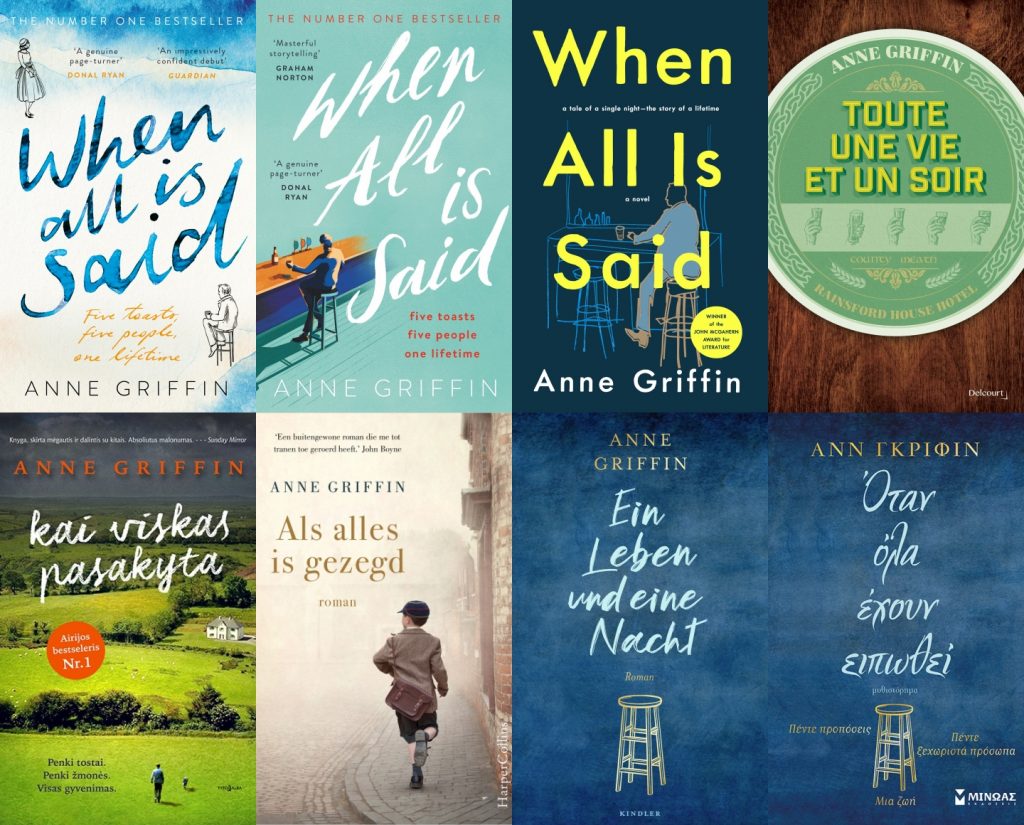 ‘The most impressive aspects of this first novel from the pen of prize-winning short-story writer Anne Griffin are its rich, flowing prose, its convincing voice, and its imaginative and clever structure. She has complete mastery of her quite complex plot, and manages to imbue her sizeable cast of diverse characters with life and energy… Griffin is a writer of unusual confidence and authority, and a welcome arrival to the literary scene.’ — Irish Times