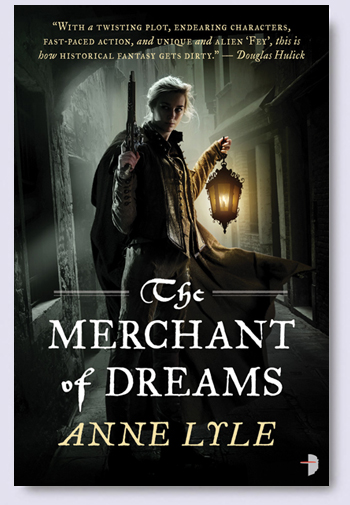 This weekend, Anne Lyle‘s second Night’s Masque novel is on sale through Kobo! THE MERCHANT OF DREAMS is published by Angry Robot Books. Here’s the synopsis…

Exiled from the court of Queen Elizabeth for accusing a powerful nobleman of treason, swordsman-turned-spy Mal Catlyn has been living in France with his young valet Coby Hendricks for the past year.

But Mal harbours a darker secret: he and his twin brother share a soul that once belonged to a skrayling, one of the mystical creatures from the New World.

When Mal’s dream about a skrayling shipwreck in the Mediterranean proves reality, it sets him on a path to the beautiful, treacherous city of Venice – and a conflict of loyalties that will place him and his friends in greater danger than ever.

The Night’s Masque trilogy also includes THE ALCHEMIST OF SOULS and THE PRINCE OF LIES.

Here’s a selection of reviews the series has received…

‘Whether you like action, magic, romance or mystery there is something for you here. I never had a reason to put the book down. I am very eager to read the third book in the series.’ — Mazarkis Williams, author of the Tower & Knife series, on THE MERCHANT OF DREAMS

‘Full of vitality and some spectacular sequences, THE MERCHANT OF DREAMS is simply fantastic… A more fully realised world, richer secondary characters, an excellent main cast, and a very moving and emotional story… certainly a stronger novel than its predecessor.’ — The Founding Fields

‘A lively cast of actors and their down-at-the-heel associates contrasts neatly with mysterious powers and goals of the inhuman skraylings as a theatrical competition in the ambassador’s honor offers opportunities for both actors and assassins. With an effective mix of espionage, backstage drama, and mystery, Lyle provides compelling drama in an intriguing setting.’ — Publishers Weekly on THE ALCHEMIST OF SOULS

‘An outstanding debut and Lyle is certainly a name to watch for the future. I thoroughly enjoyed it.’ — British Fantasy Society on THE ALCHEMIST OF SOULS

‘As exciting and action-packed as the previous two volumes, and it picks up all the loose threads that were left hanging at the end of THE MERCHANT OF DREAMS… I highly recommend this book, but don’t start here. Start with THE ALCHEMIST OF SOULS and read them in order or you’ll be floundering. For those that have followed the series so far, this is a tight conclusion…’ — Fantasy Faction on THE PRINCE OF LIES

‘A satisfying ending to a trilogy that blew me away. This series had me hooked from the very first page, and it breaks my heart to say goodbye to these characters that have become so amazingly real to me. Lyle has established herself as a strong and powerful historical fantasy writer. The Night’s Masque was one of the most enjoyable series I’ve read so far this year, and it ended on the perfect note. I sincerely hope that Lyle returns to this world.’ — Bookworm Blues on THE PRINCE OF LIES 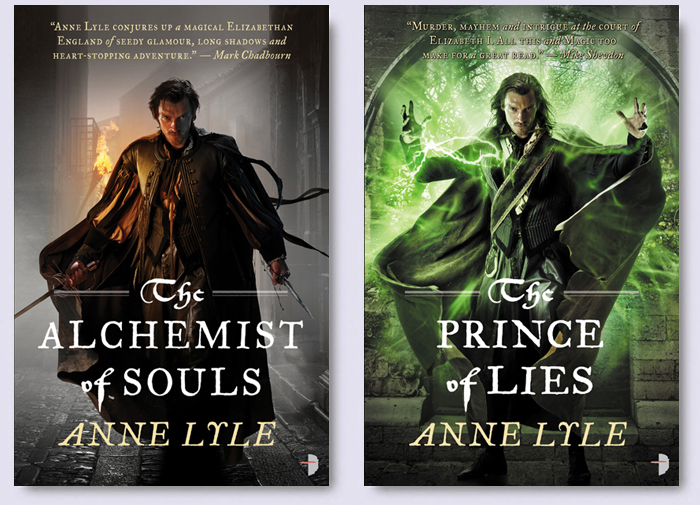