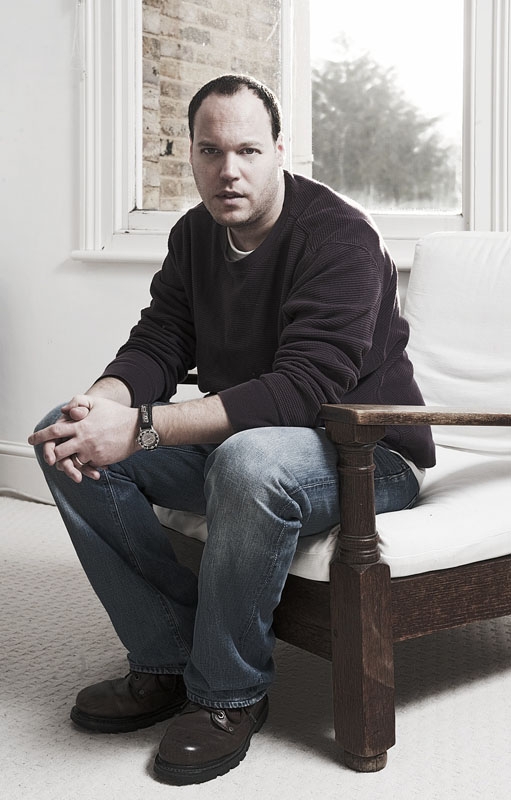 Lavie Tidhar‘s most recent novel is the critically-acclaimed THE VIOLENT CENTURY, which was published by Hodder Books late last year. A re-telling of the 21st Century if super-heroes existed, it blends a Watchman-like comics noir feel with a tense, intimate espionage tale akin to John le Carre. He is also the author of the World Fantasy Award-winning OSAMA (PS Publishing, Solaris), a daring, boundary-pushing alternative reality thriller featuring the eponymous character as a private detective.

‘The most interestingly adventurous writer of the year was Lavie Tidhar, who came into 2013 with a fresh World Fantasy Award for OSAMA and extended his gonzo explorations of history, textuality, and pop culture with the relatively little-seen MARTIAN SANDS and the more widely hyped super-hero fantasia THE VIOLENT CENTURY, each of which took decided risks with the question of how freely SF methods can appropriate sensitive historical material… Tidhar plots like a mad paintballer, sometimes missing the mark but always making a splash, but since his Bookman novels he’s perhaps done more than any recent author to liberate the interdisciplinary steampunk aesthetic form…’ — LOCUS Recommended Reading List 2013

Speaking of steampunk, we thought we’d draw your attention to Lavie’s debut trilogy – the steampunk Bookman Histories, published by Angry Robot Books – and also some of her novellas. Certain rights are available, so please inquire for details. 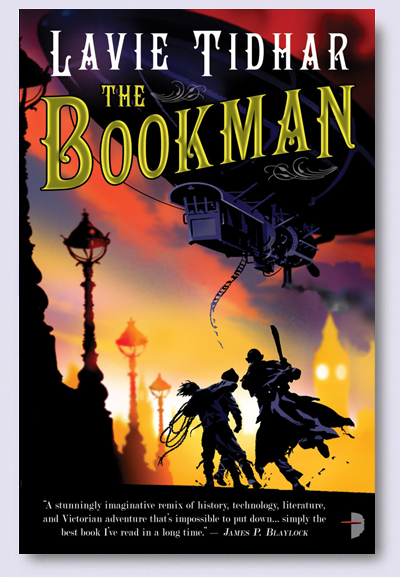 When his beloved is killed in a terrorist atrocity committed by the sinister Bookman, young poet Orphan becomes enmeshed in a web of secrets and lies. His quest to uncover the truth takes him from the hidden catacombs of a London on the brink of revolution, through pirate-infested seas, to the mysterious island that may hold the secret to the origin, not only of the shadowy Bookman, but of Orphan himself…

THE BOOKMAN has been praised far and wide, and not only from reviewers and critics. Many of Lavie’s contemporaries have also voiced positive opinions. James P. Blaylock, one of the fathers of Steampunk described this novel as ‘simply the best book I’ve read in a long time… If you’re worried that Steampunk has turned into a mere fashion aesthetic, then you’d better read this one. It’s a stunningly imaginative remix of history, technology, literature, and Victorian adventure that’s impossible to put down.’ Author Chris Wooding, described the novel as ‘potent and atmospheric.’

In the mainstream and SFF press, THE BOOKMAN has been described as ‘a delight, crammed with gorgeous period detail, seat-of-the-pants adventure and fabulous set-pieces’ (The Guardian), and ‘skilful, clever and highly enjoyable’ (SFX Magazine). The blogosphere has likewise been filled with positive and glowing reviews – ‘a steampunk gem… marvellously detailed’ (SFF World); ‘The world building is immense… wonderful and exciting, which also shows the author’s great love for the written word and the power it can convey’ (Mad Hatter’s Bookshelf & Book Review); ‘a wonderfully clever world… Tidhar’s creations are fantastic…’ (FantasyLiterature.com); ‘… an intelligent, clever book, that creates a wonderfully complex secondary world… as well-constructed as a Swiss cuckoo clock and as readable as any genre fiction being written today.’ (Red Rook Review) 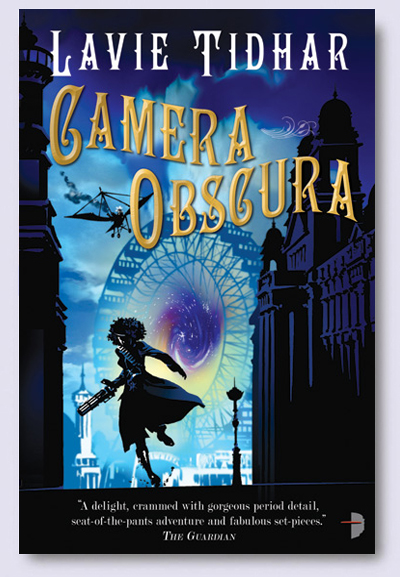 Can’t find a rational explanation to a mystery? Call in the Quiet Council!

The mysterious and glamorous Milady De Winter is one of their most valuable agents. A despicable murder inside a locked and bolted room on the Rue Morgue in Paris is just the start.

This whirlwind adventure will take Milady to the highest and lowest parts of that great city, and beyond – and cause her to question the very nature of reality itself.

According to LOCUS Magazine, CAMERA OBSCURA ‘Achieves moments of surprising depth and beauty, with real insights into human history and psychology as well as the immense and varied wealth of writing in the last half of the 19th century,’ and is ‘a virtuoso performance.’ SF Signal‘s review focused on the characters, who ‘never cease to be fascinating’, and also the world Lavie has built for this series: ‘From the underwater squid-like dwellings of Scab to the Little China of Paris, each location is richly detailed, dripping with nuances and characters which bring it to life. It’s easy to feel “there” along with Milady throughout her journey.’ 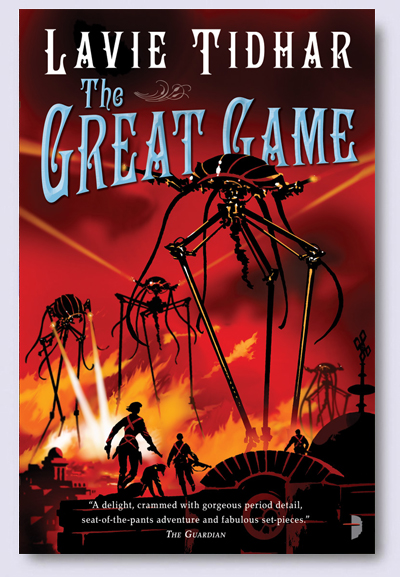 When Mycroft Holmes is Murdered in London, it is up to retired shadow executive Smith to track down his killer – and stumble on the greatest conspiracy of his life.

Strange forces are stirring into life around the globe, and in the shadow game of spies nothing is certain. Fresh from liberating a strange alien object in Abyssinia – which might just be the mythical Ark of the Covenant – young Lucy Westerna, Holmes’ protégé, must follow her own path to the truth while, on the other side of the world, a young Harry Houdini must face his greatest feat of escape – death itself.

As their paths converge the body count mounts up, the entire world is under threat, and in a foreboding castle in the mountains of Transylvania a mysterious old man weaves a spider’s web of secrets and lies.

Airship battles, Frankenstein monsters, alien tripods and death-defying acts: The Great Game is a cranked-up steampunk thriller in which nothing is certain – not even death.

Starburst Magazine described the third Bookman novel as ‘a very fine addition to the series.’ Ros Jackson, writing for Warpcore SF, was particularly taken by the ‘alien technologies, lizard monarchs, giant robots, breathless action, and all manner of weird stuff,’ declaring THE GREAT GAME to be ‘great, over-the-top period fun.’ Review website OwlCat Mountain opined that, ‘occasionally, a novel throws caution to the winds and goes for the absolutely insane,’ and that Lavie’s The Bookman Histories is just such a series. Gnostalgia described the novel as ‘marvelous and oddly disturbing… and awesome.’

The trilogy has also been collected in THE BOOKMAN HISTORIES omnibus, also published by Angry Robot.

In addition to his debut trilogy, Lavie has also been steadily producing a number of acclaimed short stories and novellas across the SFF spectrum. Each of them highlights his skill and imagination, not to mention an unwillingness to be constrained by genre boundaries and norms. 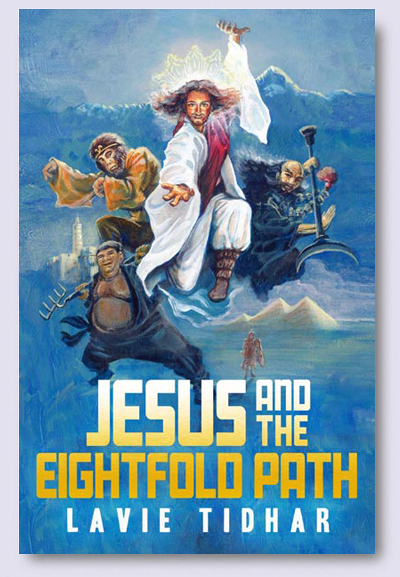 Three wise men came from the East for the infant Jesus. Three brave companions accompany the Budda in the Chinese classic, “A Journey to the West”. Could they have been the same three? Josephus Flavius is sent by Caesar back to his home land to observe and report on the actions of a troubling young man now preaching sedition in the Galilee–a boy with the unsettling powers of kung-fu…

Published by Immersion Press, this novella is typical of Tidhar, in that he pushes boundaries and plays with taboos. It asks the question, ‘What if the three wise men from the New Testament were the same three companions of the Buddha in the Chinese classic A Journey to the West?’ 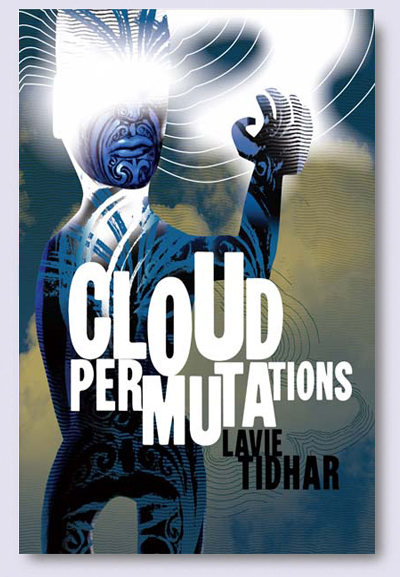 The world of Heven was populated, centuries ago, by Melanesian settlers from distant Earth. It is a peaceful, quiet world—yet it harbours ancient secrets. Kal just wants to fly. But flying is the one thing forbidden on Heven—a world dominated by the mysterious, ever present clouds in the skies. What do they hide? For Kal, finding the answer might mean his death—but how far will you go to realise your dreams?

This is a ‘fascinating’ story, according to Strange Horizons, precisely because it is rather weird and difficult to quantify. Future Fire was so enamoured with Lavie’s writing, characters and world that, the reviewer ‘felt like a child who didn’t ever want the book to close or the story to end.’ 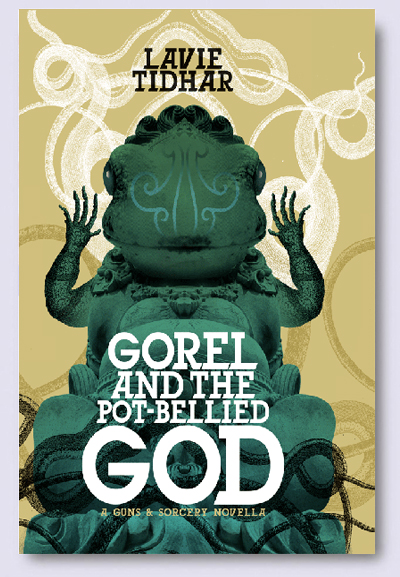 There is only one truth Gorel of Goliris—gunslinger, addict, touched by the Black Kiss—is interested in: finding a way back home, to the great empire from which he had been stolen as a child and from which he had been flung, by sorcery, far across the World. It started out simple: get to Falang-Et, find the mirror, find what truth it may hold. But nothing is simple for Gorel of Goliris…

When Gorel forms an uneasy alliance—and ménage à trois—with an Avian spy and a half-Merlangai thief, things only start to get complicated. Add a murdered merchant, the deadly Mothers of the House of Jade, the rivalry of gods and the machinations of a rising Dark Lord bent on conquest, and things start to get out of hand. Only one thing’s for sure: by the time this is over, there will be blood.

Not to mention sex and drugs… or guns and sorcery.

Pornokitsch was particularly praiseworthy of this novella: ‘Tidhar has created something uniquely his own… a delightfully Weird pulp tale that could easily sit on a shelf alongside Leiber, Vance and Moorcock… Tidhar’s world-building is a joy to read… This is an excellent planned and exuberantly executed fantasy… At no point does the story veer towards the ponderous or worthy, instead it stays true to its pulp literature antecedents and keeps the pace up throughout. The dialogue is sparse, the description errs on the side of tantalizing and the action is undeniably heroic. This is a story about sex, drugs and frog people – what more could you ask for?’ 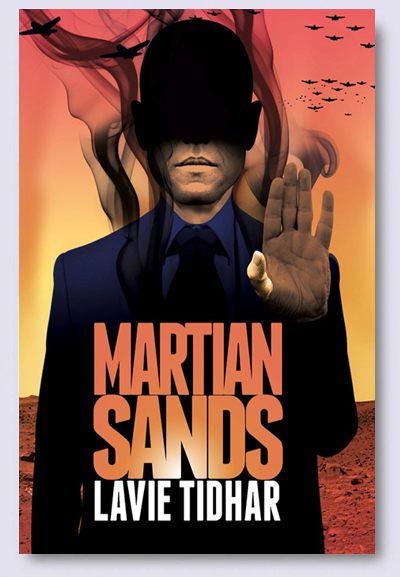 1941: an hour before the attack on Pearl Harbour, a man from the future materialises in President Roosevelt’s office. His offer of military aid may cut the War and its pending atrocities short, and alter the course of the future… The future: welcome to Mars, where the lives of three ordinary people become entwined in one dingy smokesbar the moment an assassin opens fire. The target: the mysterious Bill Glimmung. But is Glimmung even real? The truth might just be found in the remote FDR Mountains, an empty place, apparently of no significance, but where digital intelligences may be about to bring to fruition a long-held dream of the stars…

Mixing mystery and science fiction, the Holocaust and the Mars of both Edgar Rice Burroughs and Philip K. Dick, Martian Sands is a story of both the past and future, of hope, and love, and of finding meaning—no matter where—or when—you are.

This novel has been compared to ‘early Kurt Vonnegut… both writers seem to channel the same prankster glee that covers deep despair’ (Locus). Fellow author Emma Swift described this as ‘A totally mad and very enjoyable book,’ and also drew a comparison with Vonnegut (Slaughterhouse 5, specifically), as ‘Tidhar does the same thing of taking a overwhelmingly serious subject… and applying to it a surreal and farcical lens – using humour to highlight tragedy, which is of course what the best theatre does.’ Theaker’s Quarterly praised the novel as displaying Tidhar’s diverse talent and imagination: ‘the work of a serious writer who writes entertainingly, who can be funny, political, speculative, provocative and charming, all at the same time… Tidhar writes equally well in several genres.’