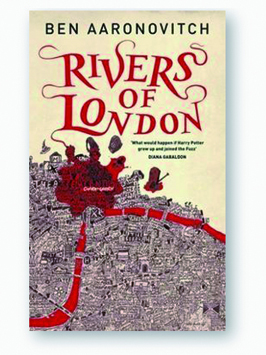 Our man Ben Aaronvitch sees his brilliant new novel RIVERS OF LONDON published next month by Gollancz. It’s also being released by Del Rey in the US under the title MIDNIGHT RIOT. With  follow-up novel, MOON OVER SOHO, following in the spring and a third title WHISPERS UNDER GROUND soon to be delivered, January is thus the start of a very big year for Ben.

To celebrate the launch of Ben’s new series, he’ll be signing copies at London’s flagship Forbidden Planet store on January 15th, 2011 between 1pm and 2pm, so be sure to come along and grab a copy. Further details can be found here.

‘RIVERS OF LONDON manages to be fresh and original and a wonderful read. I loved it.’ — Charlaine Harris

‘A consummate story of real policing in a vividly real world intersecting the decidedly unreal to marvellous effect. Filled with detail and imagination, the quality of this achievement stands out, making Aaronovitch a name to watch.’ — Peter F. Hamilton