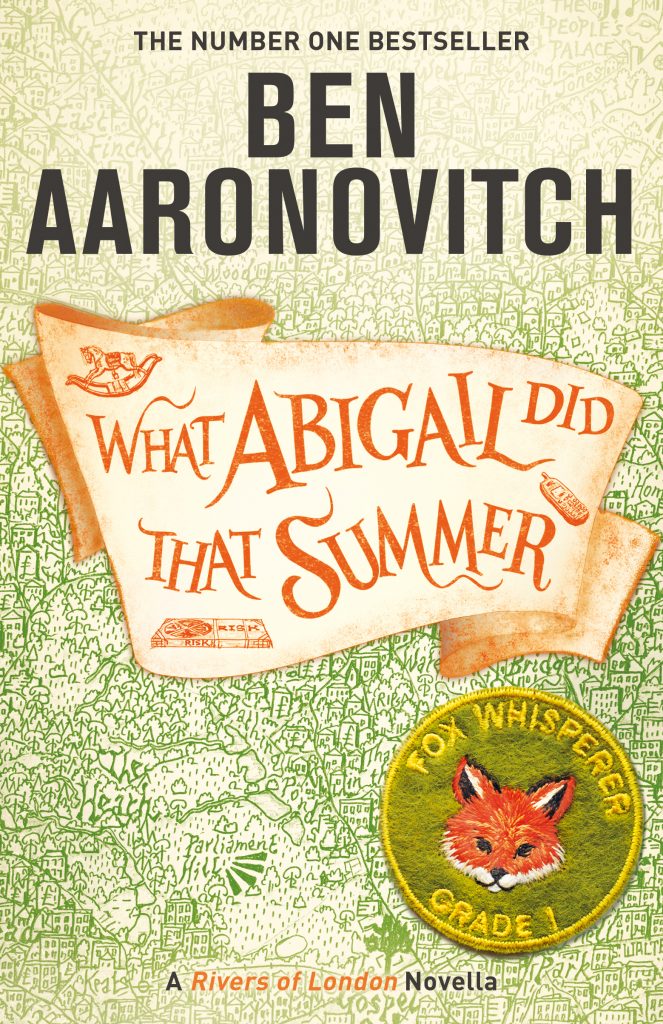 The cover for Ben Aaronovitch‘s highly-anticipated new novella, WHAT ABIGAIL DID THAT SUMMER, was unveiled earlier this week!

Due out in March 2021 and starring Abigail Kamara, the novella is due to be published in the UK by Gollancz, in hardback and eBook; and in North America by Subterranean Press, in two limited/special editions. Here’s the synopsis…

It is the summer of 2013 and Abigail Kamara has been left to her own devices. This might, by those who know her, be considered a mistake. While her cousin, police constable and apprentice wizard Peter Grant, is off in the sticks, chasing unicorns, Abigail is chasing her own mystery. Teenagers around Hampstead Heath have been going missing but before the police can get fully engaged, the teens return home – unharmed but vague about where they’ve been.

Ben’s previous novella set in the world of his Rivers of London series, THE OCTOBER MAN, is also published by Gollancz in the UK and Subterranean Press in North America. The novels and novella starring Peter Grant (also set in the same world) are published in the UK by Gollancz, and in North America by Del Rey (1-3) and DAW Books (4-). The series has been published widely in translation, with more editions releasing pretty frequently. (Check out his author page for more information.) 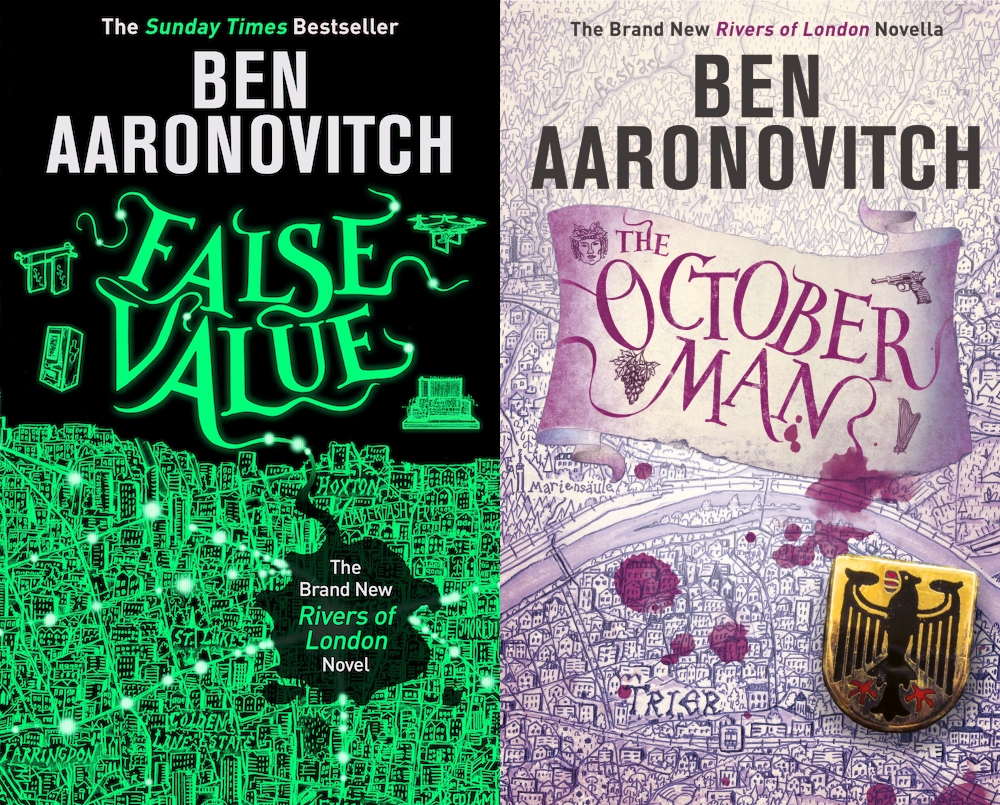 You may also have missed the map that Ben shared on Twitter, which will be included in the novella… 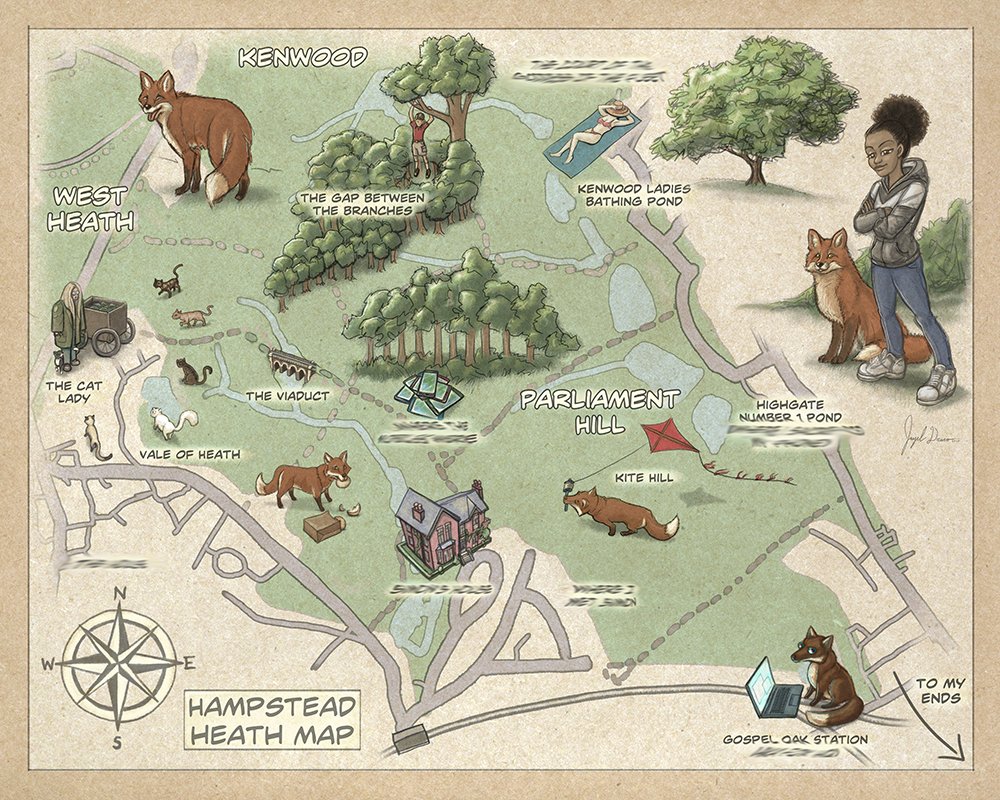 In related news, Subterranean Press is also due to release two limited editions of TALES FROM THE FOLLY, Ben’s first short story collection, in March 2021, in North America. Already available in eBook, audiobook and paperback editions in the UK and North America, here’s the synopsis…

Return to the world of Rivers of London in this first short story collection from #1 Sunday Times best-selling author, Ben Aaronovitch. Tales from the Folly is a carefully curated collection that gathers together previously published stories and brand new tales in the same place for the first time.

Each tale features a new introduction from the author, filled with insight and anecdote offering the reader a deeper exploration into this absorbing fictional world. This is a must read for any Rivers of London fan.

Join Peter, Nightingale, Abigail, Agent Reynolds and Tobias Winter for a series of perfectly portioned tales. Discover what’s haunting a lonely motorway service station, who still wanders the shelves of a popular London bookshop, and what exactly happened to the River Lugg…

With an introduction from internationally bestselling author of the Sookie Stackhouse series, Charlaine Harris. 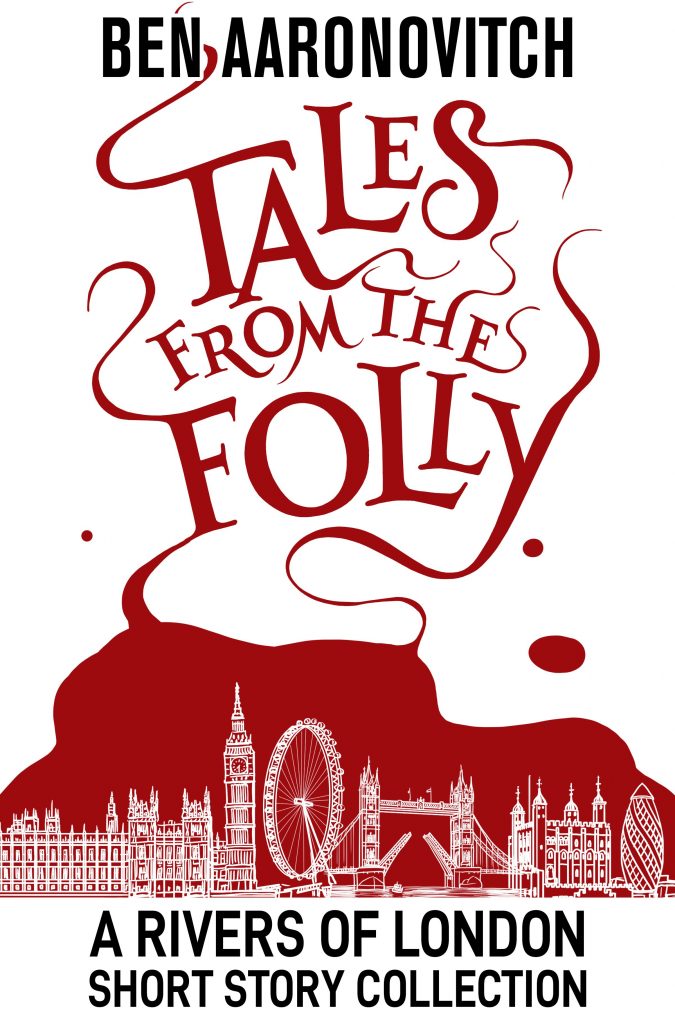