It’s that time of the year, when various venues start releasing their Best of the Year lists. We’re very happy to report that a number of our clients’ books have appeared on a number of these lists. Read on for more details! 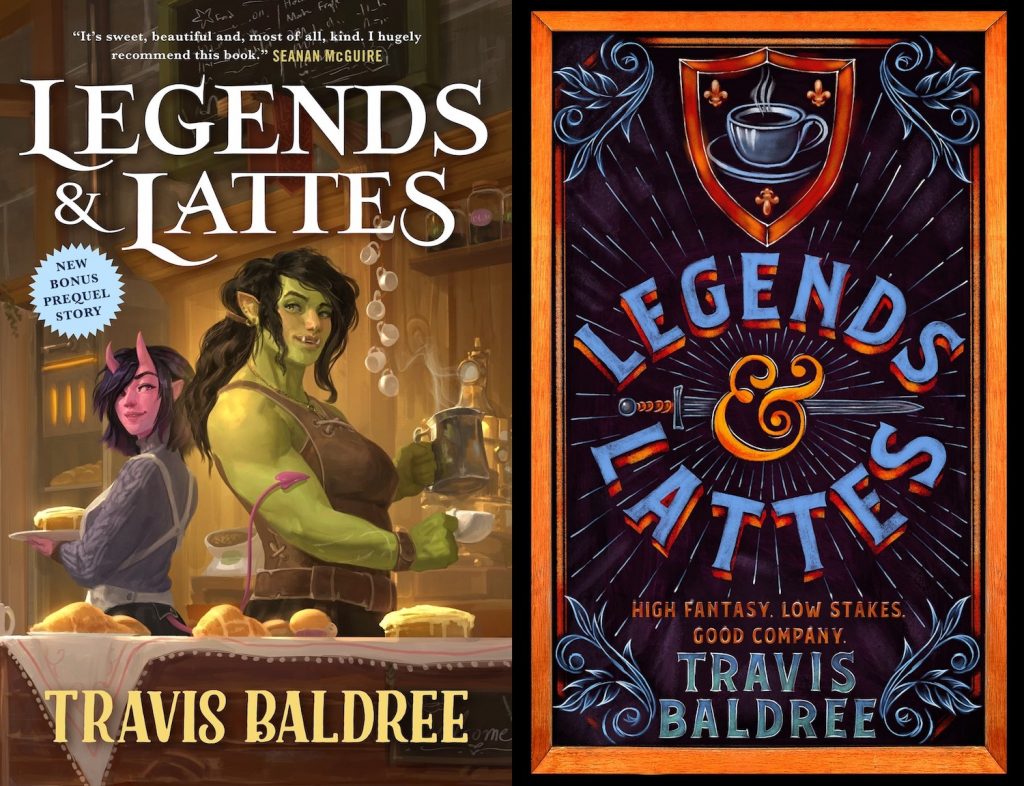 First up, the acclaimed LEGENDS & LATTES by Travis Baldree has been selected as a best fantasy audiobook of the year by Audible — the author also narrated the novel!

LEGENDS & LATTES is also in the first round of this year’s Goodreads Choice Award (voting in this round ends on November 27th)!

The novel is published by Tor Books in North America and in the UK. Here’s the synopsis…

After a lifetime of bounties and bloodshed, Viv is hanging up her sword for the last time.

The battle-weary orc aims to start fresh, opening the first ever coffee shop in the city of Thune. But old and new rivals stand in the way of success — not to mention the fact that no one has the faintest idea what coffee actually is.

If Viv wants to put the blade behind her and make her plans a reality, she won’t be able to go it alone.

But the true rewards of the uncharted path are the travelers you meet along the way. And whether drawn together by ancient magic, flaky pastry, or a freshly brewed cup, they may become partners, family, and something deeper than she ever could have dreamed.

Brandon Sanderson‘s highly-anticipated, recently-published THE LOST METAL, the last novel in the Mistborn series, has been selected as one of the best Fantasy novels of the year! THE LOST METAL is published in the UK by Gollancz. Here’s the synopsis…

For years, frontier lawman turned big-city senator Waxillium Ladrian has hunted the shadowy organization the Set – with his late uncle and his sister among their leaders – since they started kidnapping people with the power of Allomancy in their bloodlines. When Detective Marasi Colms and her partner, Wayne, find stockpiled weapons bound for the Outer City of Bilming, this opens a new lead. Conflict between the capital, Elendel, and the Outer Cities only favors the Set, and their tendrils now reach to the Elendel Senate – whose corruption Wax and his wife, Steris, have sought to expose – and Bilming is even more entangled.

After Wax discovers a new type of explosive that can unleash unprecedented destruction and realizes that the Set must already have it, an immortal kandra serving Scadrial’s god, Harmony, reveals that Bilming has fallen under the influence of another god: Trell, worshipped by the Set. And Trell isn’t the only factor at play from the larger Cosmere – Marasi is recruited by offworlders with strange abilities who claim their goal is to protect Scadrial…at any cost.

Wax must choose whether to set aside his rocky relationship with God and once again become the Sword that Harmony has groomed him to be. If no one steps forward to be the hero Scadrial needs, the planet and its millions of people will come to a sudden and calamitous ruin.

The acclaimed Silvia Moreno-Garcia‘s THE DAUGHTER OF DOCTOR MOREAU has been selected as one of the best Science Fiction novels of the year! Published in the UK by Jo Fletcher Books, here’s the synopsis…

Carlota Moreau: A young woman, growing up in a distant and luxuriant estate, safe from the conflict and strife of the Yucatán peninsula, the only daughter of a genius – or a madman.

Montgomery Laughton: A melancholic overseer with a tragic past and a propensity for alcohol, an outcast who assists Dr Moreau with his scientific experiments, which are financed by the Lizaldes, owners of magnificent haciendas with plentiful coffers.

The hybrids: The fruits of the Doctor’s labour, destined to blindly obey their creator while they remain in the shadows, are a motley group of part-human, part-animal monstrosities.

All of them are living in a perfectly balanced and static world which is jolted by the abrupt arrival of Eduardo Lizalde, the charming and careless son of Doctor Moreau’s patron – who will, unwittingly, begin a dangerous chain-reaction.

For Moreau keeps secrets, Carlota has questions, and in the sweltering heat of the jungle passions may ignite. 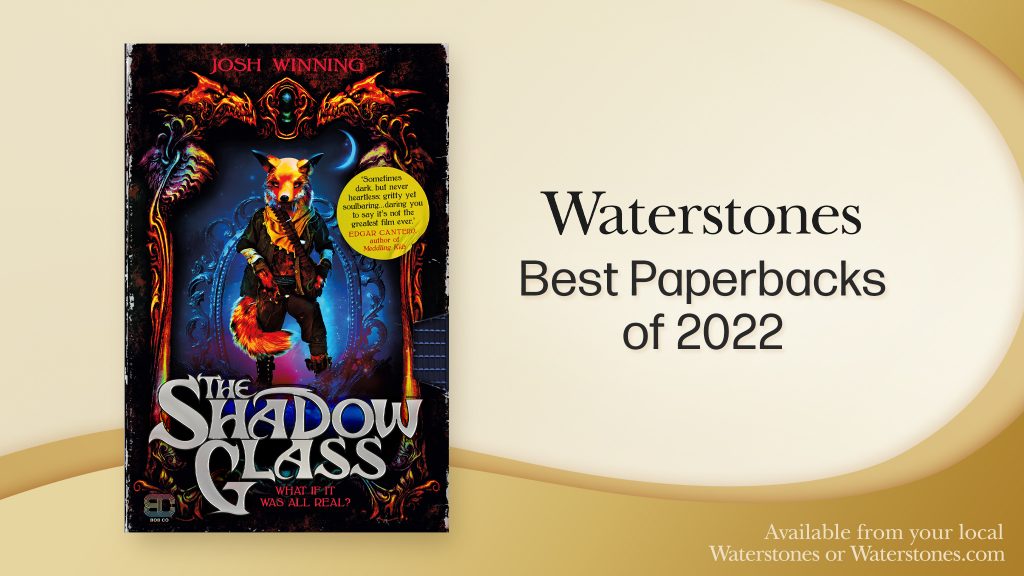 Josh Winning‘s acclaimed debut, THE SHADOW GLASS has been selected as one of the Best Paperbacks of 2022 by Waterstones! Published in the UK by Titan Books, here’s the synopsis…

Jack Corman is failing at life.

Jobless, jaded and on the “wrong” side of thirty, he’s facing the threat of eviction from his London flat while reeling from the sudden death of his father, one-time film director Bob Corman. Back in the eighties, Bob poured his heart and soul into the creation of his 1986 puppet fantasy The Shadow Glass, a film Jack loved as a child, idolising its fox-like hero Dune.

But The Shadow Glass flopped on release, deemed too scary for kids and too weird for adults, and Bob became a laughing stock, losing himself to booze and self-pity. Now, the film represents everything Jack hated about his father, and he lives with the fear that he’ll end up a failure just like him.

In the wake of Bob’s death, Jack returns to his decaying home, a place creaking with movie memorabilia and painful memories. Then, during a freak thunderstorm, the puppets in the attic start talking. Tipped into a desperate real-world quest to save London from the more nefarious of his father’s creations, Jack teams up with excitable fanboy Toby and spiky studio executive Amelia to navigate the labyrinth of his father’s legacy while conjuring the hero within –– and igniting a Shadow Glass resurgence that could, finally, do his father proud.

And last, but by no means least, Grady Hendrix‘s THE FINAL GIRL SUPPORT GROUP is also a Waterstones Best Paperback of 2022! The novel also won the Goodreads Choice Award for Best Horror last year. Published in the UK by Titan Books, here’s the synopsis…

Zeno represents Brandon Sanderson, Silvia Moreno-Garcia, and Grady Hendrix in the UK and Commonwealth, on behalf of the JABberwocky Literary Agency in New York.