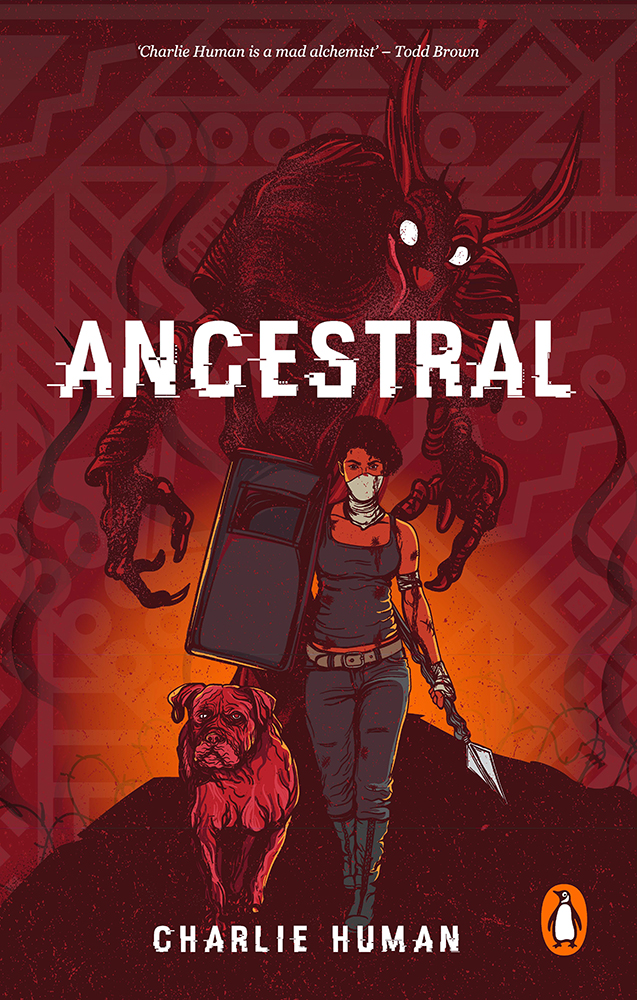 Charlie Human has a new novel! ANCESTRAL is out now in South America, published by Penguin, here’s the synopsis…

Clementine Khoza is a hard person; hard to know, hard to love, hard to fight. When she was a little girl, her grandfather put a stick and a shield in her hands and taught her the ancient stick-fighting art of her Zulu ancestors. The hard way.

And right now she is in a hard place, searching for Drew, her young son – kidnapped and drawn into the heart of a vicious gang conflict. Ex-army and ex-cop, Clementine has tracked Drew’s phone to Welcome Shade – a sprawling retirement estate that has fallen into disrepair to become a gang-infested war-zone. With nothing but a talent for violence, a drone piloted by a skinny Afrikaans street kid as her eye-in-the-sky, and a huge dog with ptsd who tried to kill her and then, somehow, became her sidekick, she’ll wield stick and shield, machete and shotgun, and wade through a sea of bodies to find her son.

But the gangs are only part of the problem. Dark, twisted things stalk the estate: nightmare creatures, elite military snipers working as mercenaries and a sword-wielding man on a white horse who has made her and Drew part of his agenda. And then there are the memories and visions of her ancestors, and her own very special hallucination whom she nicknames ‘Glitch’.

It’s going to be a hard day.

Keep your eyes on our social media feeds (and here) for news about forthcoming editions of the novel!

In the meantime, why not check out Charlie’s first two novels, starring Baxter Zevcenko: APOCALYPSE NOW NOW and KILL BAXTER. The novels are published in the UK by JABberwocky, and by Titan Books in North America. 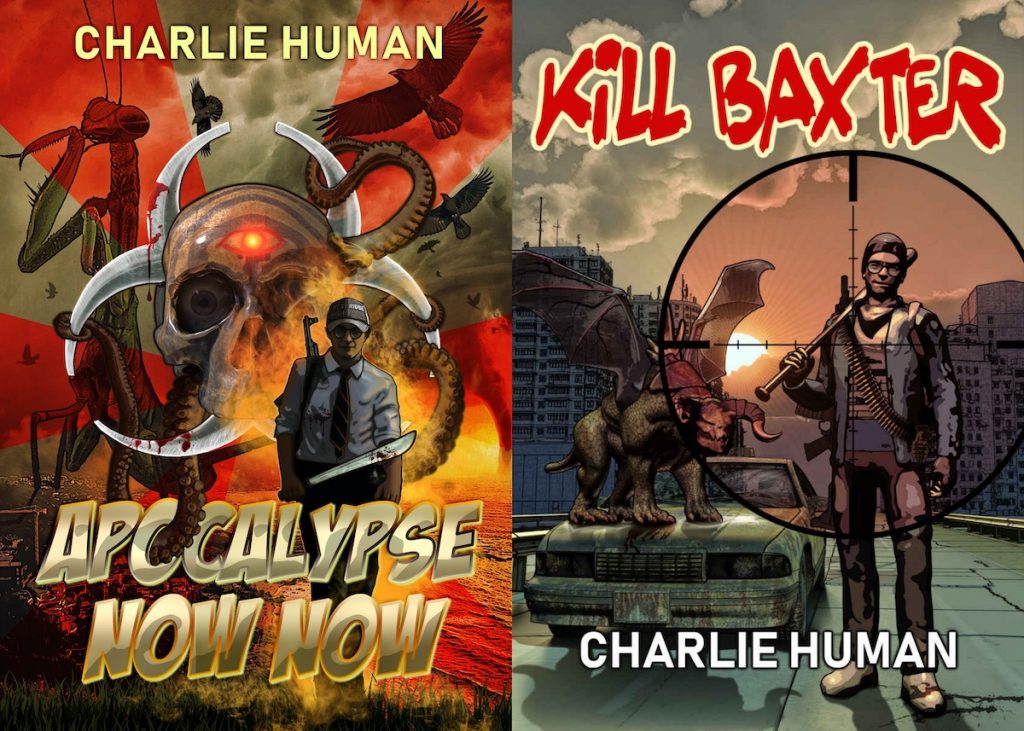