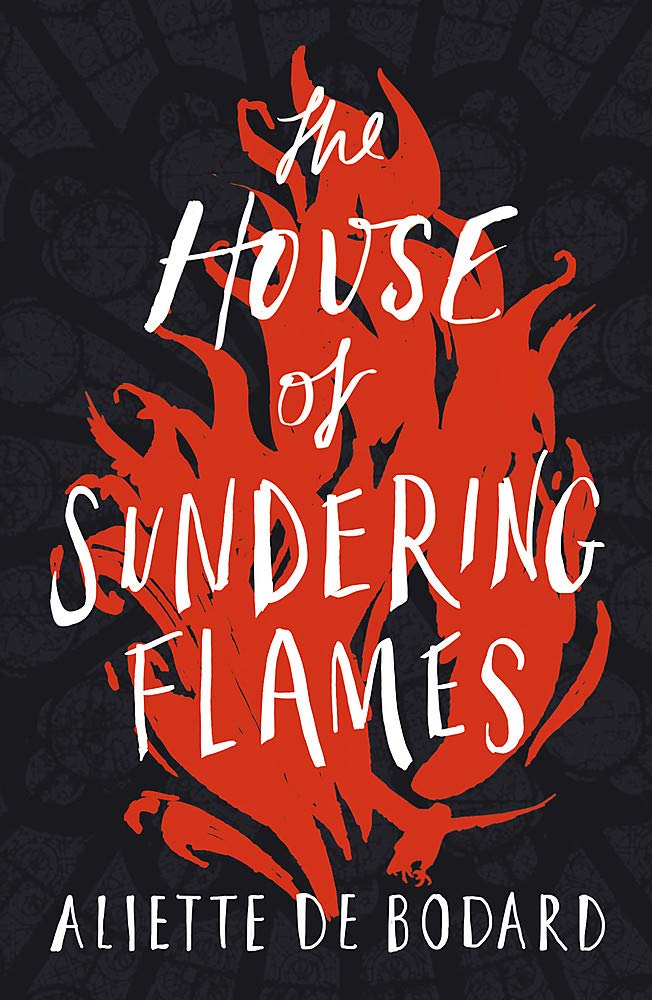 Next month, Gollancz are due to publish the third novel in Aliette de Bodard‘s critically-acclaimed, award-winning Dominion of the Fallen series! Due out on July 25th, here’s the synopsis for THE HOUSE OF SUNDERING FLAMES…

The great magical Houses of Paris – headed by Fallen angels and magicians – were, however temporarily, at peace with each other. Until House Harrier was levelled by a powerful explosion. Now that peace has become chaos, tearing apart old alliances and setting off a race in which each House hoards magic and resources to protect itself against another such blast.

Thuan, the Dragon head of the divided House Hawthorn, is still consolidating his power when war comes to his doorstep. Aurore — exiled from and almost beaten to death by House Harrier — sees her moment to seek power in order to protect her family, even if she must venture back to her destroyed former home to get it. And Emmanuelle finds herself alone in the middle of it all, driven to protect others, trying to piece together what has happened, andhoping – eventually – to make sense of it all. 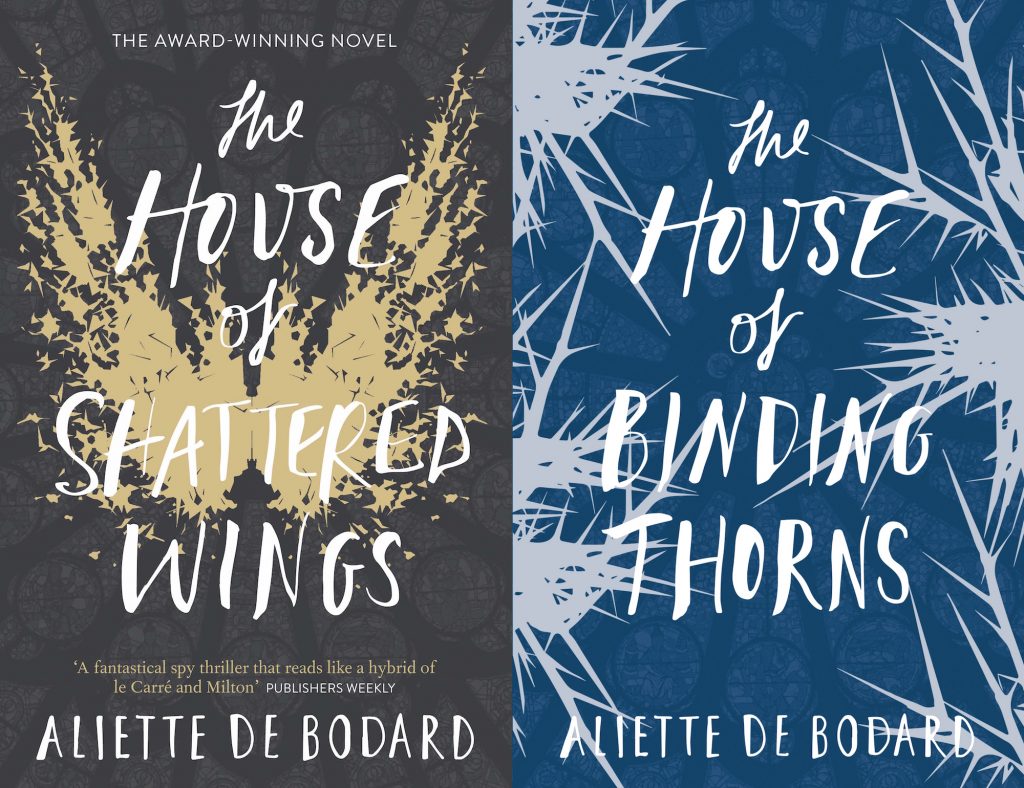 ‘A beautifully crafted novel full of complex characters, set in a post apocalyptic Paris – the image of which is truly haunting… vivid and fast-paced battles and intense political manoeuvrings… with carefully crafted characters both with layers and depth, De Bodard reflects the best and worst of human nature in her novel… an intriguing mystery, elegantly written… Something any avid fantasy reader with an open mind will devour!’ — Guardian on THE HOUSE OF SHATTERED WINGS

‘It’s a testament to De Bodard’s skills that we’re completely immersed in the world almost immediately, without her resorting to a ‘here’s what happened’ information splurge. None of the fallen angels can remember why it was that they fell from Heaven… the Paris of fallen angels that the author has created is so compelling… It’s brimming with ideas, some of which rush by so quickly that you might wish De Bodard had taken a little more time to explore them. This is a good problem to have though. It’s fascinating, moving and hugely readable.’ — SciFi Now on THE HOUSE OF SHATTERED WINGS

‘Meddling gleefully in the affairs of devils and dragons, this affective sequel to 2015’s THE HOUSE OF SHATTERED WINGS touches the heart as often as it cuts throats… Having fully crafted her world, de Bodard is now completely in control: she can move swiftly from gentle poetic touches to bloody Grand Guignol gestures, and she sure-handedly holds the reader by exposing the vulnerabilities and needs that drive even the seemingly all-powerful figures of rebel angels and ancient serpents to surrender to a higher collective power. In this world lacking signs of heaven, redemptions are painful but possible.’ — Publishers Weekly (Starred Review) on THE HOUSE OF BINDING THORNS

‘de Bodard’s people feel real to me… There is hope even in the darkest of places, and there is a desire for love, for trust, for harbor, that takes root no matter how often it’s destroyed. This is a stronger, more certain novel than THE HOUSE OF SHATTERED WINGS, and if reading it is sometimes walking the unfenced edge of a cliff, the vista is dizzying and beautiful. It is well worth the wait, and if you haven’t read the first novel, I urge you to do so. But have THE HOUSE OF BINDING THORNS in hand before you reach the end.’ — Fantasy & Science Fiction (Mar/Apr 2017)

‘De Bodard’s writing is very precise, like a well-oiled machine. The tempo is piston perfect, with the prose style having a strong and steady rhythm throughout. The emotional journey is relatively predictable (especially when we get into a marriage sequence), but the narrative is not. In other words, you can pretty much tell that the big emotions are coming, but the how and the why is what keeps you on edge. This is not a villains book; this is a powerful sequel that shows us that the incredibly complex world of the last novel is even more involved than we first expected. Strong stuff which you won’t stop reading till the end.’ — Starburst on THE HOUSE OF BINDING THORNS

‘Truly beautifully balanced: between new and old, birth and death, beauty and ugliness, inside and outside, beginning and, yes, ending. It walks the line, and walks it fine.’ — Tor.com on THE HOUSE OF BINDING THORNS 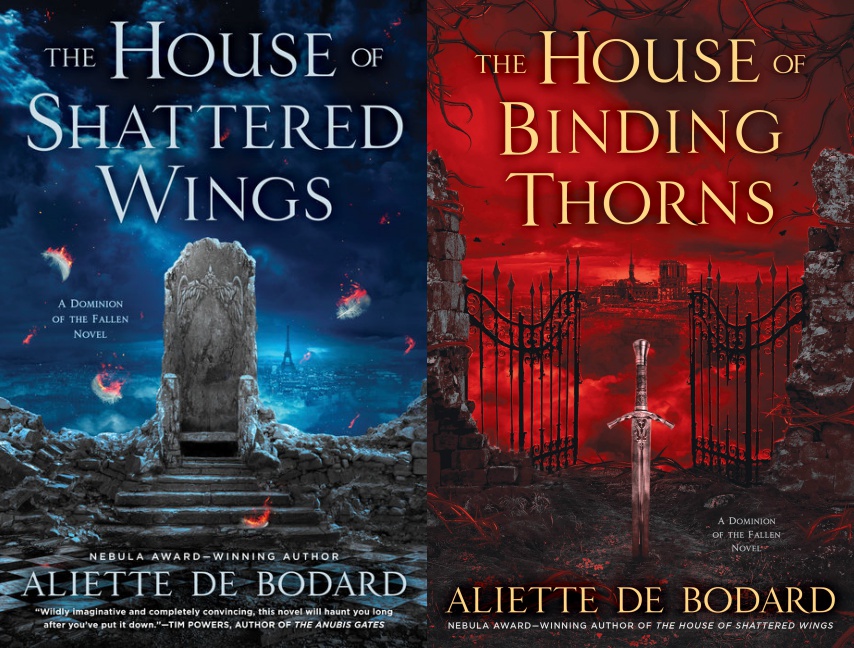