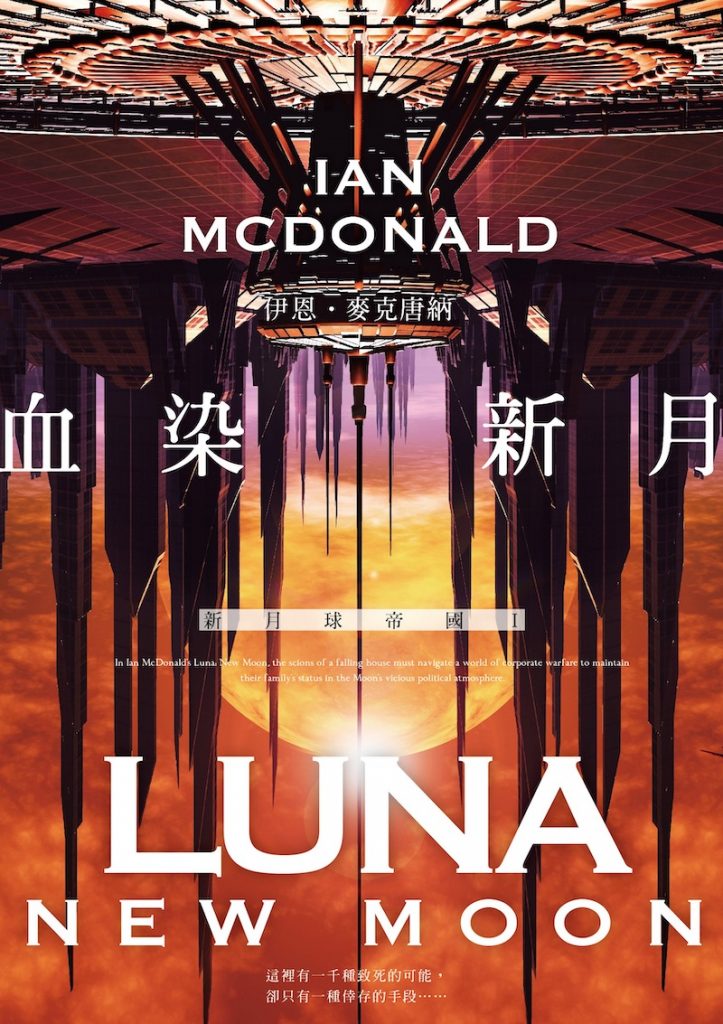 Today, we’re very happy to share with you the covers for the upcoming Complex Chinese editions of Ian McDonald‘s highly-acclaimed, award-nominated Luna series! Available in Taiwan, Hong Kong and Macau, all three novels will be published by 麥田出版 (Rye Field Publications) on September 28th. 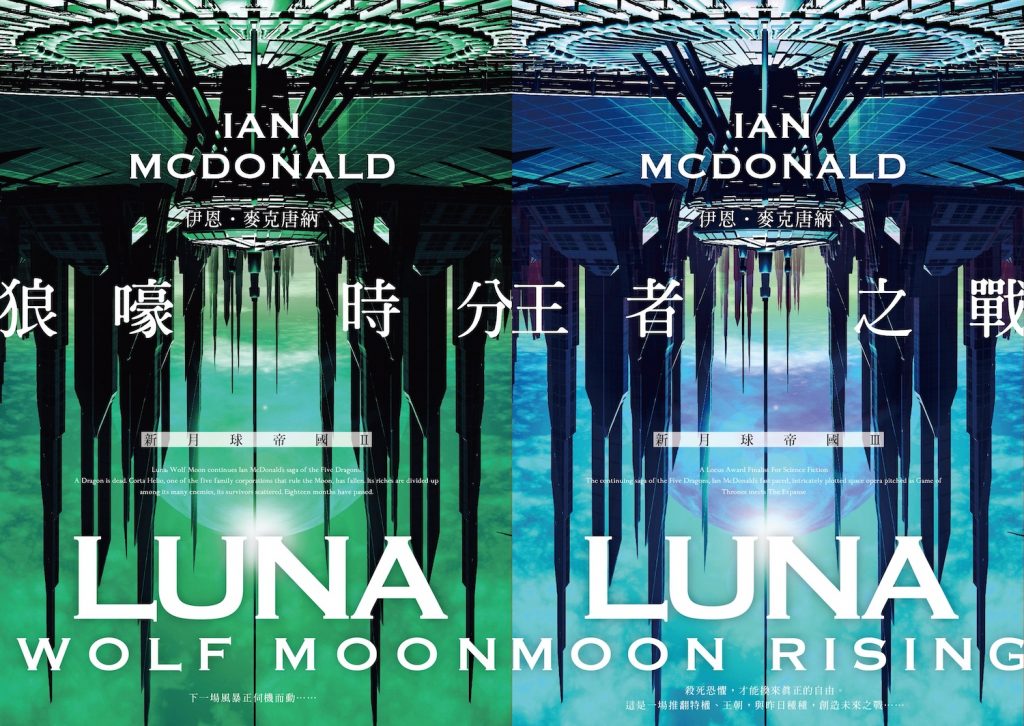 The series is published in the UK by Gollancz, in North America by Tor Books, and in a growing number of translated editions around the world. There is also a prequel novella, THE MENACE FROM FARSIDE, published by Tor.com.

In case you haven’t yet had the chance to read the series, here’s the synopsis for NEW MOON…

Maybe it will kill you when the per diem for your allotted food, water, and air runs out, just before you hit pay-dirt. Maybe it will kill you when you are trapped between the reigning corporations-the Five Dragons-in a foolish gamble against a futuristic feudal society. On the Moon, you must fight for every inch you want to gain. And that is just what Adriana Corta did.

As the leader of the Moon’s newest “dragon,” Adriana has wrested control of the Moon’s Helium-3 industry from the Mackenzie Metal corporation and fought to earn her family’s new status. Now, in the twilight of her life, Adriana finds her corporation — Corta Helio — confronted by the many enemies she made during her meteoric rise. If the Corta family is to survive, Adriana’s five children must defend their mother’s empire from her many enemies… and each other.

‘No one writes like Ian McDonald, and no one’s Moon is nearly so beautiful and terrible… Ian McDonald’s never written a bad novel, but this is a great Ian McDonald novel… McDonald has ten details for every detail proffered by other sf writers. Not gratuitous details, either: gracious ones. The fashion sense of William Gibson, the design sense of Bruce Sterling, the eye for family drama of Connie Willis, the poesie of Bradbury, and the dirty sex of Kathe Koja and Samuel Delany… McDonald’s moon is omnisexual, kinky, violent, passionate, beautiful, awful, vibrant and crushing. As the family saga of the Cortas unravels, we meet a self-sexual ninja lawyer, a werewolf who loses his mind in the Full Earth, a family tyrant whose ruthlessness is matched only by his crepulance, and a panoply of great passions and low desires. LUNA: NEW MOON is the first book of a two-book cycle. Now I’m all a-quiver for the next one.‘ — BoingBoing