We’re delighted to be able to share the new cover for E.J. Swift‘s much-anticipated second novel, CATAVEIRO. This novel is the sequel to Emma’s fantastic debut, OSIRIS, is scheduled for publication by Del Rey UK in February 2014. 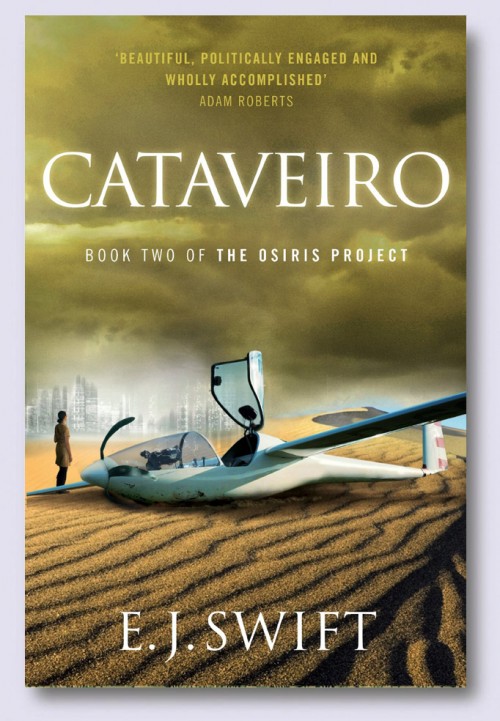 When a boat is shipwrecked on the shores of Tierra del Fuego, rumours abound that it has come from ‘the lost city’ of Osiris.

For Taeo, a young political exile, the rediscovery of the long-lost island could serve as his lifeline. He must contact the Antarctican spy network – who has long disbelieved the city’s demise – if he has any hope of returning to his family.

In his self-set mission, he befriends Vikram, the sole survivor of the wreckage, and enlists the help of Ramona, a pilot and cartographer.

But Taeo must act fast. For in the wrong hands, the news of Osiris will cause the return of a long and perilous war.this time more terrifying than ever.