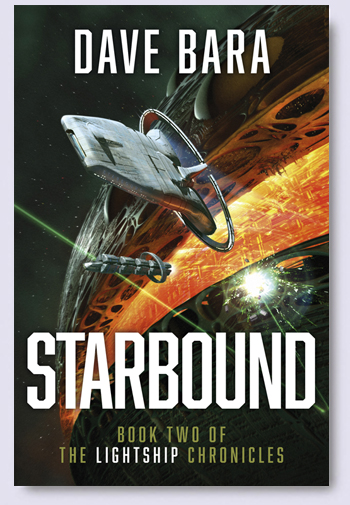 Dave Bara‘s second novel, STARBOUND, is out tomorrow in the UK! Published by Del Rey UK, it is the second novel in the author’s Lightship Chronicles series. Here’s the synopsis…

THE FIRST EMPIRE HAS RETURNED.

THE NEW GALACTIC UNION HANGS IN THE BALANCE…

For Peter Cochrane, serving as third officer on the Starbound and tasked with investigating a mysterious space station in a newly re-discovered system, the wounds of battle may have healed, but the battle is far from over.

Del Rey UK also publishes the first novel, IMPULSE. You can read a short excerpt from STARBOUND, here. Below, a small selection of reviews the series has received so far…

‘In STARBOUND, Bara manages to ramp up the depth and complexity of his world while retaining that sense of excitement, suspense, and adventure… STARBOUND confirms what we suspected when Impulse hit the shelves: Bara has created one of the most thought-provoking visions of the far, far future we’ve seen lately, taking the best elements of military sci-fi, space opera, and good old-fashioned adventure stories, and fashioning them into something both familiar and unique.’ — Barnes & Noble

‘This energetic mélange of tried-and-true elements—futuristic jargon, military and romantic tactics, and multiple levels of skullduggery—easily grabs the reader’s attention; more impressive is that Bara’s story holds that attention all the way to the end.’ — Publishers Weekly on IMPULSE

‘IMPULSE is fun, fast, and proper science fiction. Where the stakes are big, and things matter because the characters matter. I enjoyed the hell out of this. Impulse should be an impulse buy.’ — Simon R. Green, bestselling author of the Nightside series

Zeno represents Dave Bara in the UK and Commonwealth, on behalf of the JABberwocky Literary Agency in New York. 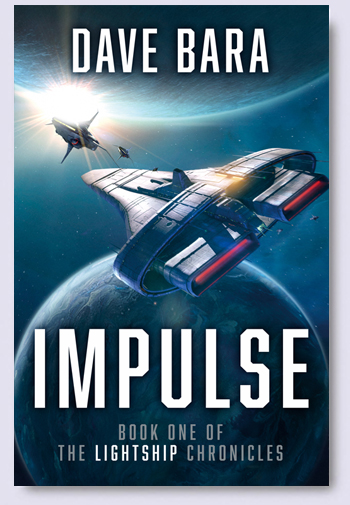