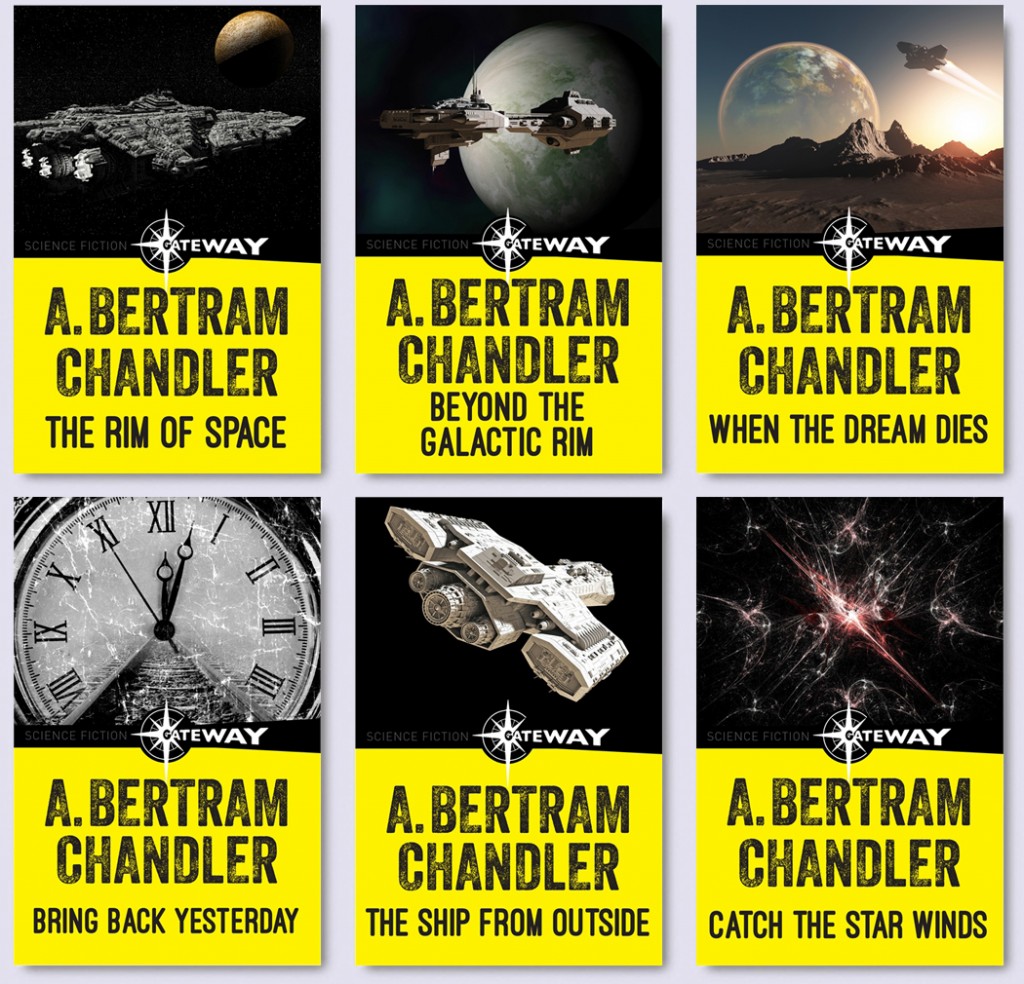 This year, Gollancz‘s SF Gateway is publishing a wave of A. Bertram Chandler novels. We thought it might be helpful to share some more information on the author and reading-order for the novels. You can find out more about the authors novels on his website.

First up (pictured above), the Rim World novels, originally published between 1961-69: THE RIM OF SPACE (out now), BEYOND THE GALACTIC RIM (out now), WHEN THE DREAM DIES, BRING BACK YESTERDAY, THE SHIP FROM OUTSIDE (out now) and CATCH THE STAR WINDS. Here’s the synopsis for book one…

Derek Calver touches down on Lorn and is determined to join the Rim Runners to explore desolate planets.

He joins the crew of Lorn Lady and sets forth for Mellise, inhabited by intelligent amphibians; for Groller, where the natives have just qualified as humanoids; for Stree with its tea loving lizards; and Tharn, home of a pre-industrial civilization. 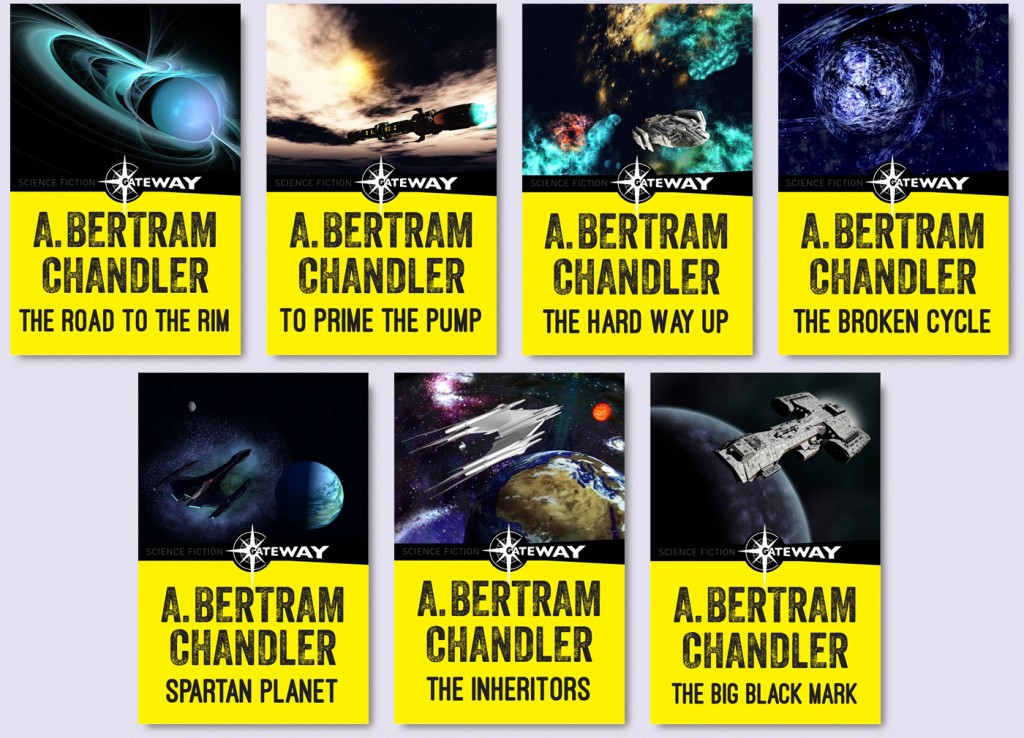 Next up, we have the first John Grimes cycle of novels — John Grimes: Survey Service (1967-75): THE ROAD TO THE RIM, TO PRIME THE PUMP, THE HARD WAY UP, THE BROKEN CYCLE, SPARTAN PLANET, THE INHERITORS and THE BIG BLACK MARK. Here’s the extremely succinct synopsis for the first novel…

Lieutenant John Grimes of the Federation Survey Service: fresh out of the Academy — and as green as they come. 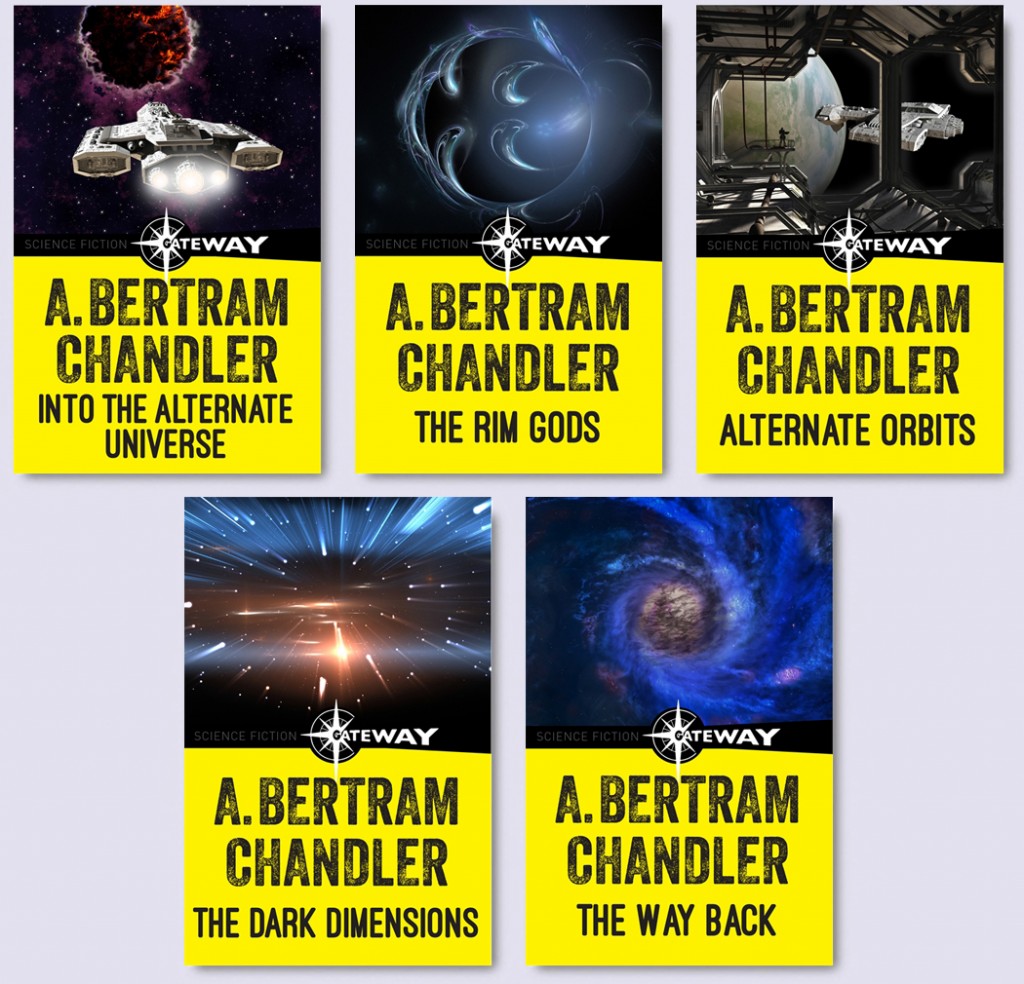 The third Grimes cycle, John Grimes: Rim Commodore (1964-1976): INTO THE ALTERNATE UNIVERSE, THE RIM GODS, ALTERNATE ORBITS, THE DARK DIMENSION (out now) and THE WAY BACK.

Finally, the Empress Irene series, which is set in the same universe as the John Grimes novels (1965-67): EMPRESS IN OUTER SPACE, SPACE MERCENARIES (out now) and NEBULA ALERT.

The titles not already available (including a couple of stand-alone novels) are due to be published in the UK by Gollancz’s SF Gateway in eBook, on December 17th — we will, of course, post a reminder on the day.

Zeno represents A. Bertram Chandler in the UK and Commonwealth, on behalf of the JABberwocky Literary Agency in New York.