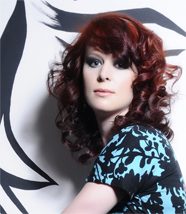 We are delighted to announce  that Jeremy Lassen at Night Shade Books has  bought North American rights to E.J. Swift‘s début novel OSIRIS. The three book deal, which will also see two further books in the series published, was negotiated by John Berlyne of the Zeno Agency.

An ingenious and engaging work of dystopian fiction, the eponymous OSIRIS is a retro-futuristic metropolis reminiscent of Huxley’s BRAVE NEW WORLD. The novel tells of an unlikely romance across social divides between a glamorous young socialite grieving for her missing twin and an idealistic activist from the wrong side of the wall.

‘I’m thrilled that Night Shade will be publishing Emma’s hugely exciting début,’ says John Berlyne.  ‘Their dedication to bringing forth new talent makes them one of the most exciting publishers out there right now and Emma’s super- stylish and distinctive brand of literary SF is a perfect fit. There’s some comment in the genre at the moment about a dearth of female authors, particularly in SF. The arrival of E.J. Swift on the scene will, I’m quite sure, go some way toward redressing this perceived imbalance.’

Nightshade‘s Jeremy Lassen commented ‘I’m thrilled by E. J. Swift’s unique voice – I believe her trilogy will be well received both commercially and critically by the science fiction community and I’m excited to see her take her place on Night Shade’s science fiction list, alongside authors like Paulo Bacigalupi and Rob Ziegler. Night Shade is committed to publishing important works of 21st century science fiction and E.J. Swift’s Osiris is one of them.‘

OSIRIS will be published in hard cover in summer 2012, with books two and three following in 2013 and 2014 respectively. All other rights are with Zeno.