In case you missed it, we wanted to share the interview Grady Hendrix did for Forbidden Planet TV, which you can watch above, celebrating the imminent release of THE FINAL GIRL SUPPORT GROUP. The novel is due to be published by Titan Books in the UK next week! Here’s the synopsis…

Just as a reminder, the novel is available to pre-order in limited editions from Waterstones and Forbidden Planet. 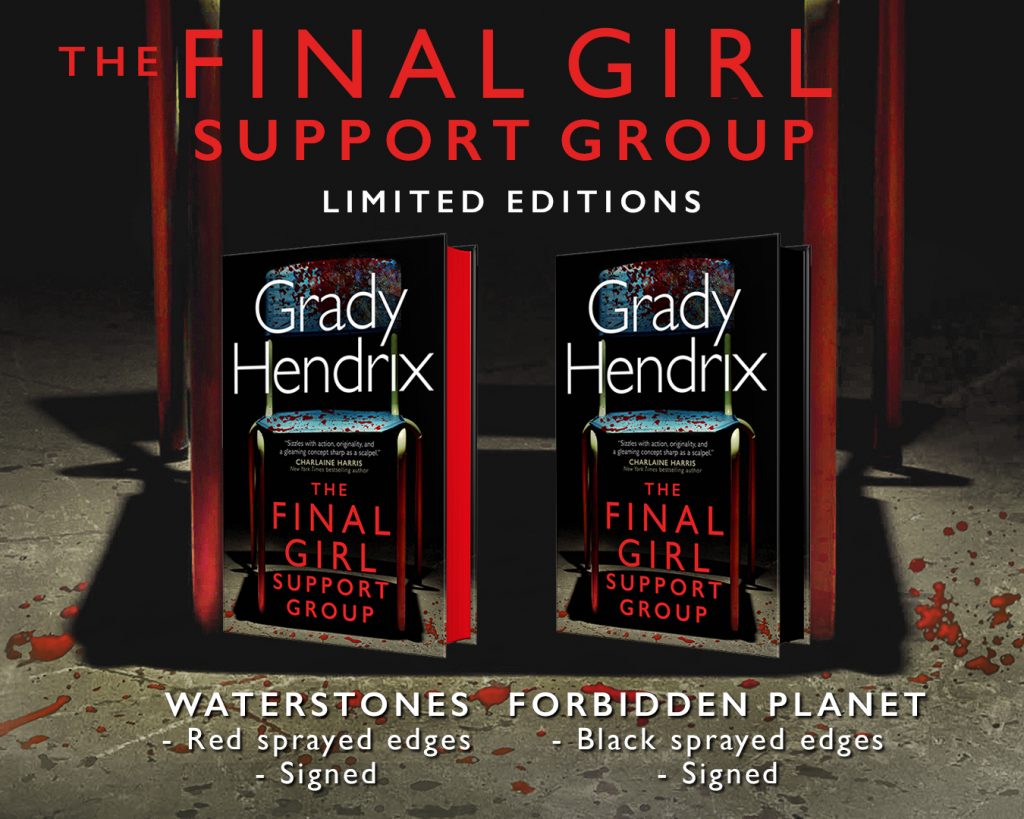