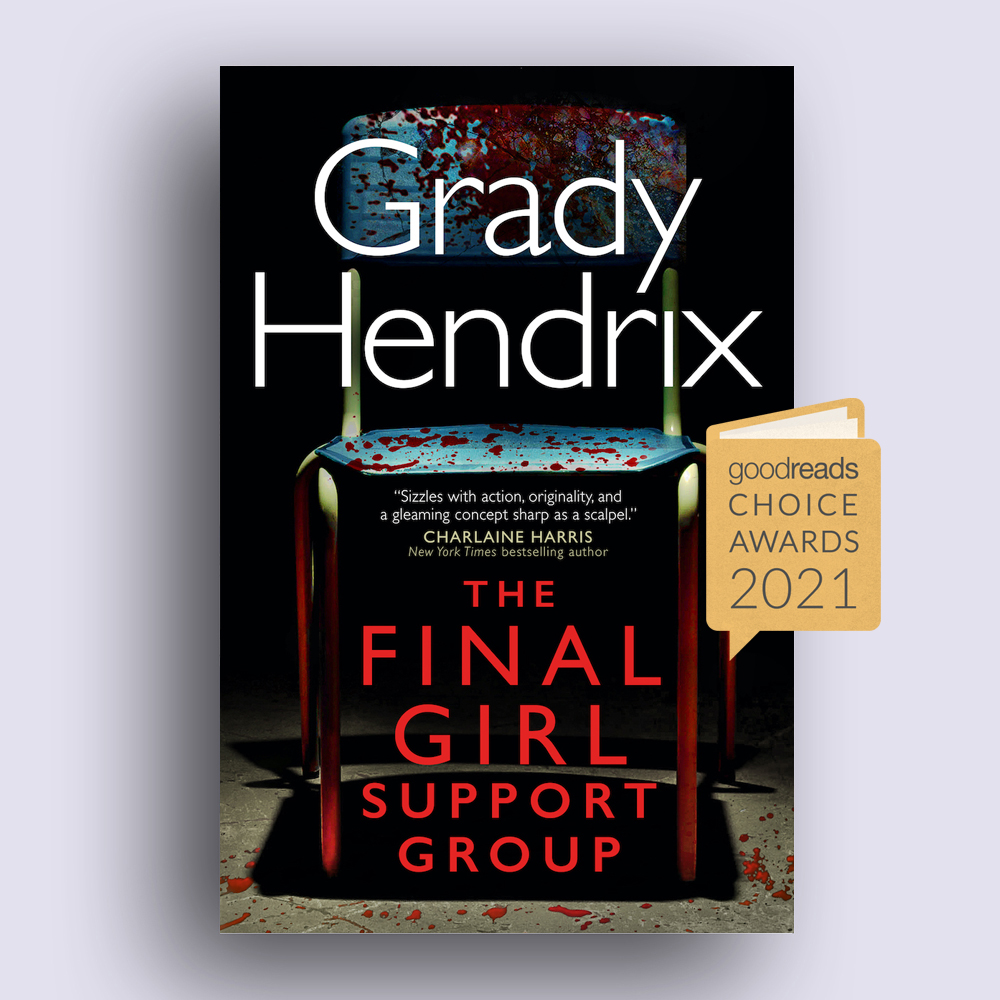 We are very happy to report that THE FINAL GIRL SUPPORT GROUP by Grady Hendrix has won a Goodreads Choice Award for Best Horror! Congratulations, Grady!

Published in the UK by Titan Books, here’s the synopsis…