Today, we’re very happy to share with you a short video featuring Tobias Capwell. In ‘How Real is it?’, the curator of arms and armour at The Wallace Collection in London examines 11 memorable scenes featuring medieval weapons and armour, and gives his assessment of their used based on whether or not they are historically accurate.

Capwell takes a look at Sauron’s armour, flails and maces in The Lord of the Rings; he discusses the Corinthian and Greek influences behind the Mandalorians’ helmets; whether or not swords and shields are realistically used in Vikings and The Last Kingdom; whether or not it is possible to reforge a sword that is fit for purpose (as in Game of Thrones); and also various aspects of knightly combat.

Capwell has written a number of books and articles on weapons, armour throughout history, as well as books on knighthood and tournaments. In 2015 he had the honour of serving as one of the two fully-armoured knights who escorted the remains of King Richard III to their final resting place in Leicester Cathedral: 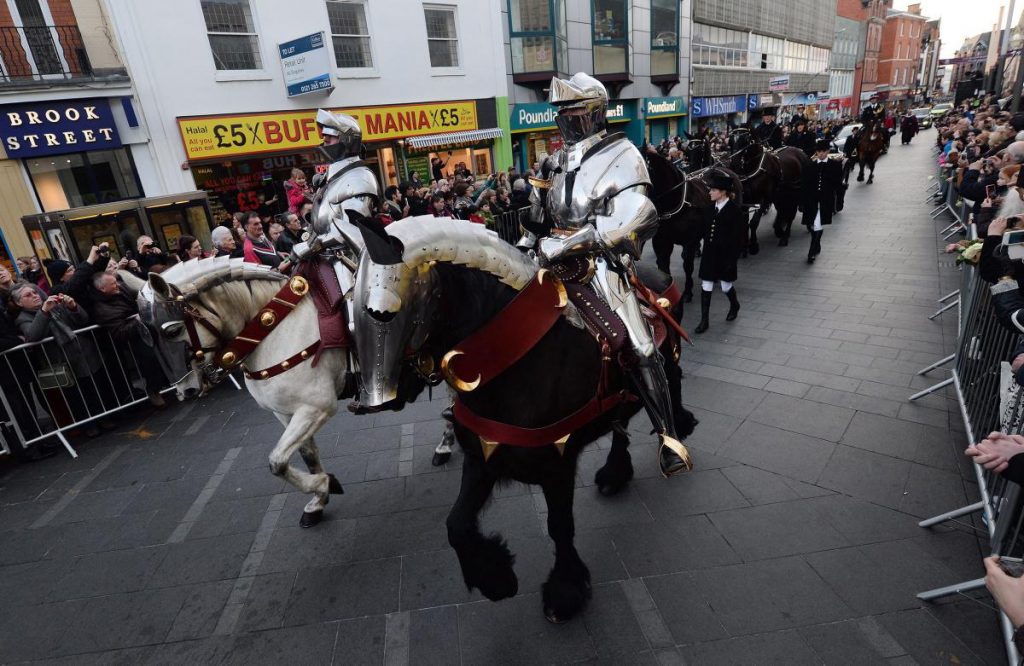 Back in June 2020, the Oxford Research Centre in the Humanities hosted Toby for a lecture on ‘Armour and the Knight in Life and Afterlife’, which you can watch below…