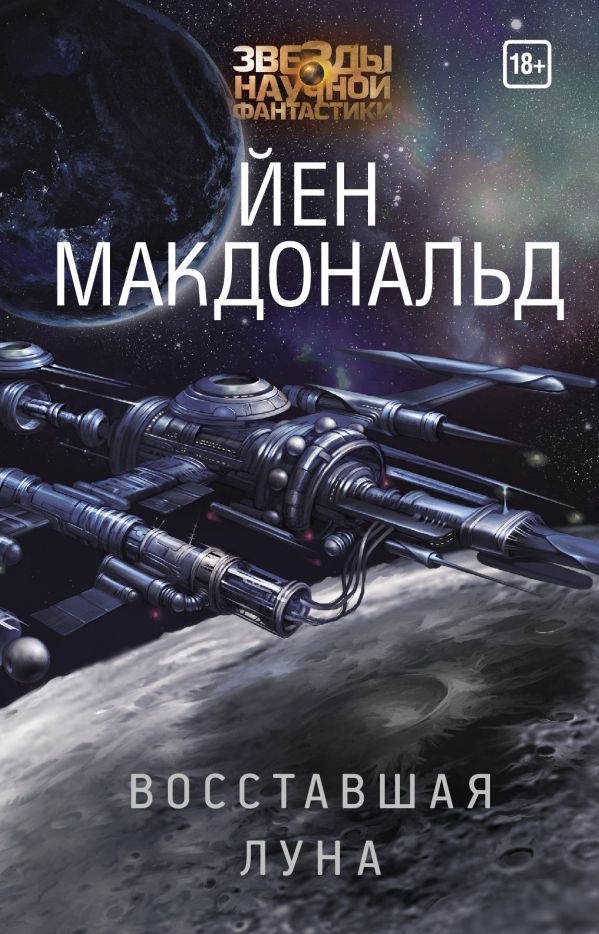 The third novel in Ian McDonald‘s acclaimed Luna series, MOON RISING is out now in Russia! Published by ACT as Восставшая Луна, here’s the synopsis…

ACT has also published the first two novels in the series, NEW MOON and WOLF MOON — as Новая Луна and Волчья Луна, respectively. They have also published a handful of Ian’s other acclaimed novels.

The Luna series is published in the UK by Gollancz, in North America by Tor Books, and in a growing number of translated editions around the world. Here’s the English-language synopsis for MOON RISING…

If you haven’t yet had the chance to try the series, and are daunted by the prospect of a full-length novel, Ian has also written a prequel novella, which is out now via Tor.com, THE MENACE FROM FARSIDE.

‘Mafia-style mining families clash in a compelling fantasy that offers up all the pleasures of a cut-throat soap opera in space… That McDonald is able to spin a compelling story from this unforgiving set-up is testament to his skill as a writer… One thing Luna does exceptionally well is to puncture Old Heinlein’s assumption that a frontier society based on the primacy of the family and a disregard of conventional laws would end up like idealised smalltown America. Luna argues that any realistic future colonisation of the moon will be much more The Sopranos than The Waltons. LUNA is as gripping as it is colourful, and as colourful as it is nasty.’ — Guardian on NEW MOON