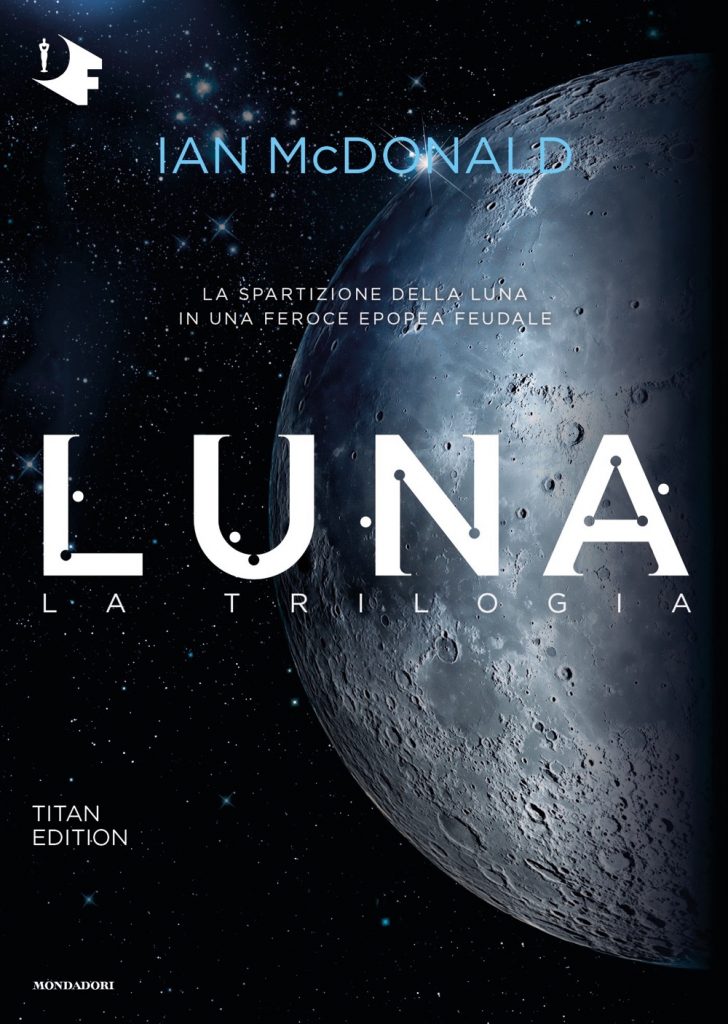 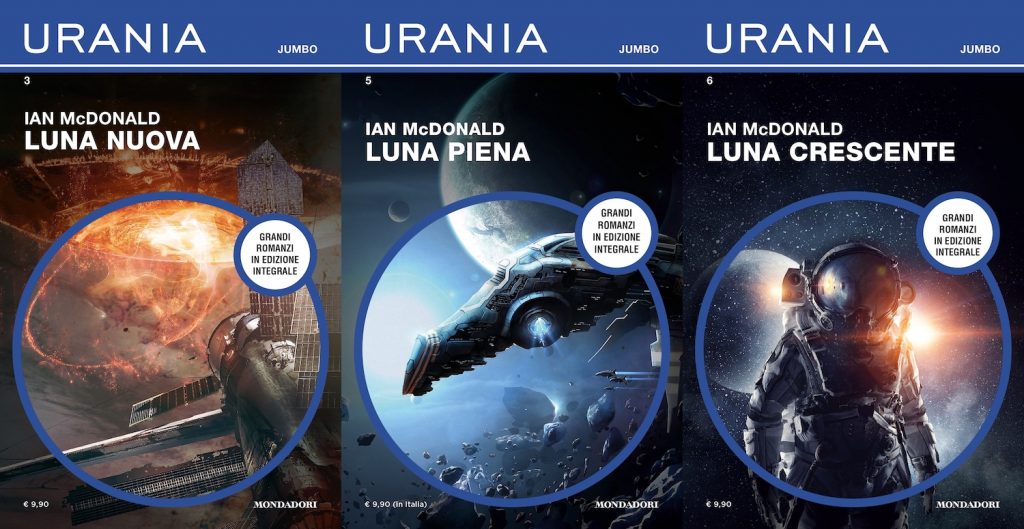 The Luna series is published in the UK by Gollancz, in North America by Tor Books: NEW MOON, WOLF MOON, and MOON RISING. The series is also available in a growing number of international, translated editions. Here’s the English-language synopsis for the first novel…

In Ian McDonald’s Luna: New Moon, the scions of a falling house must navigate a world of corporate warfare to maintain their family’s status in the Moon’s vicious political atmosphere.

‘No one writes like Ian McDonald, and no one’s Moon is nearly so beautiful and terrible… Ian McDonald’s never written a bad novel, but this is a great Ian McDonald novel… McDonald has ten details for every detail proffered by other sf writers. Not gratuitous details, either: gracious ones. The fashion sense of William Gibson, the design sense of Bruce Sterling, the eye for family drama of Connie Willis, the poesie of Bradbury, and the dirty sex of Kathe Koja and Samuel Delany… McDonald’s moon is omnisexual, kinky, violent, passionate, beautiful, awful, vibrant and crushing. As the family saga of the Cortas unravels, we meet a self-sexual ninja lawyer, a werewolf who loses his mind in the Full Earth, a family tyrant whose ruthlessness is matched only by his crepulance, and a panoply of great passions and low desires. LUNA: NEW MOON is the first book of a two-book cycle. Now I’m all a-quiver for the next one.‘ — BoingBoing

‘Luna: New Moon was a “magnificent bastard of a book,” as I put it in my review. Part two, it’s my pleasure to tell you, is just as awesome, and just as masterfully nasty.’ — Tor.com