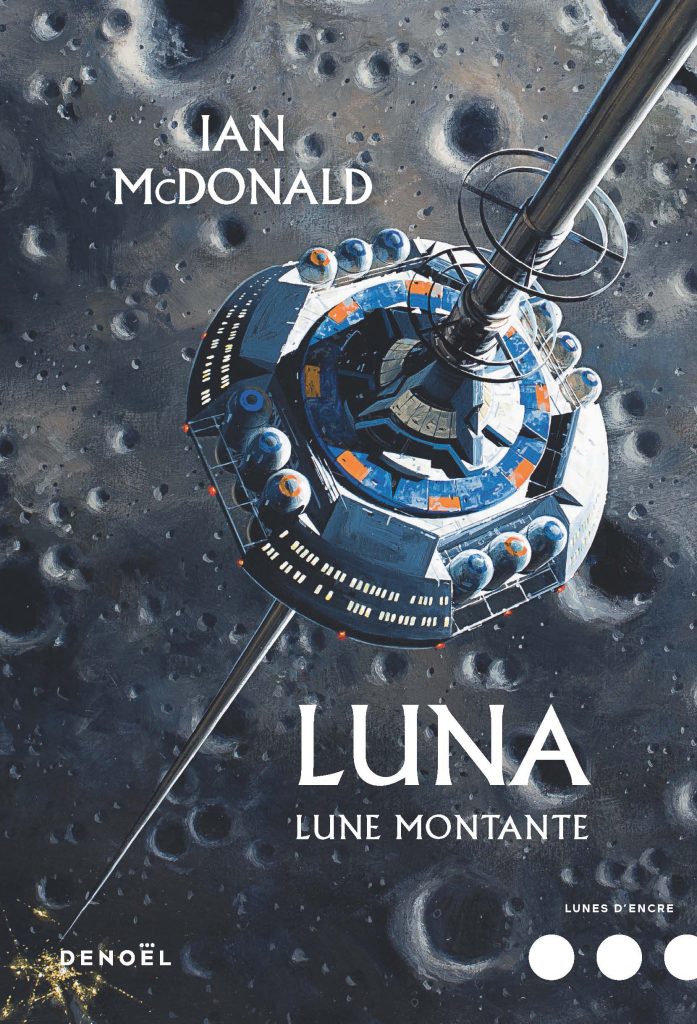 MOON RISING, the third novel in Ian McDonald‘s acclaimed Luna series, is out now in France! Published as by Denoël, as LUNE MONTANTE, here’s the synopsis…

Denoël has also published the first two books in the series: NOUVELLE LUNE and LUNE DU LOUP (in addition to a handful of Ian’s other novels).

Ian’s Luna series is published in the UK by Gollancz, in North America by Tor Books, and is available in a growing number of translated editions. Here’s the English-language synopsis for MOON RISING…

‘… cinematic set-pieces… so much fun to read… these entertaining, and intelligent novels, capped off by the very satisfying Luna: MOON RISING, have been about establishing a society, a community, a family that looks to the future, that lives and prospers in an environment that must always be treated with respect.’ — Locus