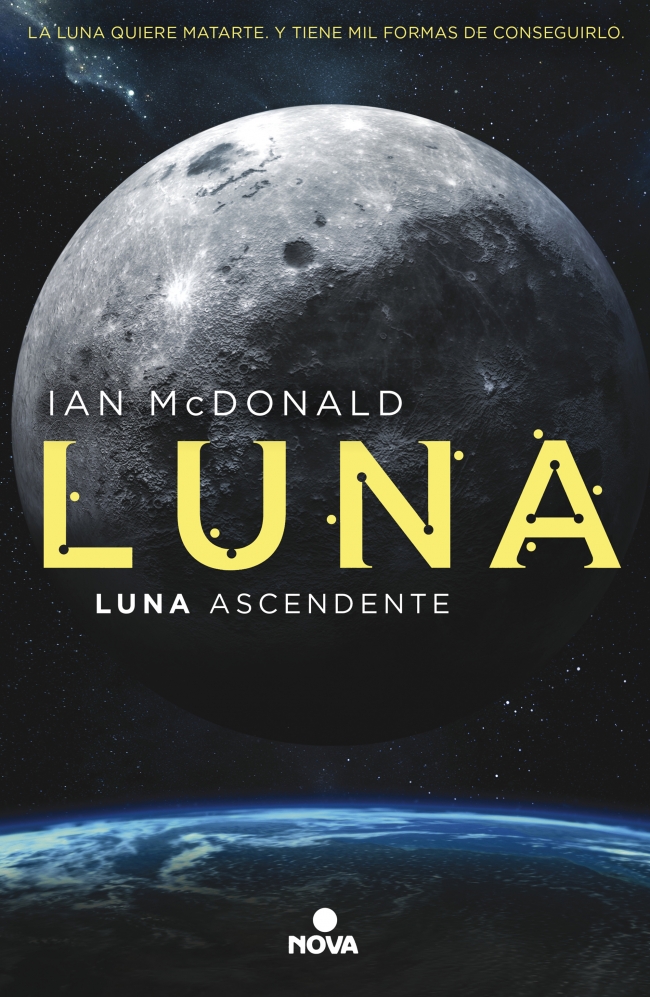 Next month, Nova are due to publish the Spanish edition of MOON RISING, the third novel in Ian McDonald‘s critically-acclaimed Luna series. Published in Spain as LUNA ASCENDENTE, here’s the synopsis…

Nova has also published the first two novels in the series in Spanish: NEW MOON and WOLF MOON, as LUNA NUEVA and LUNA DE LOBOS. 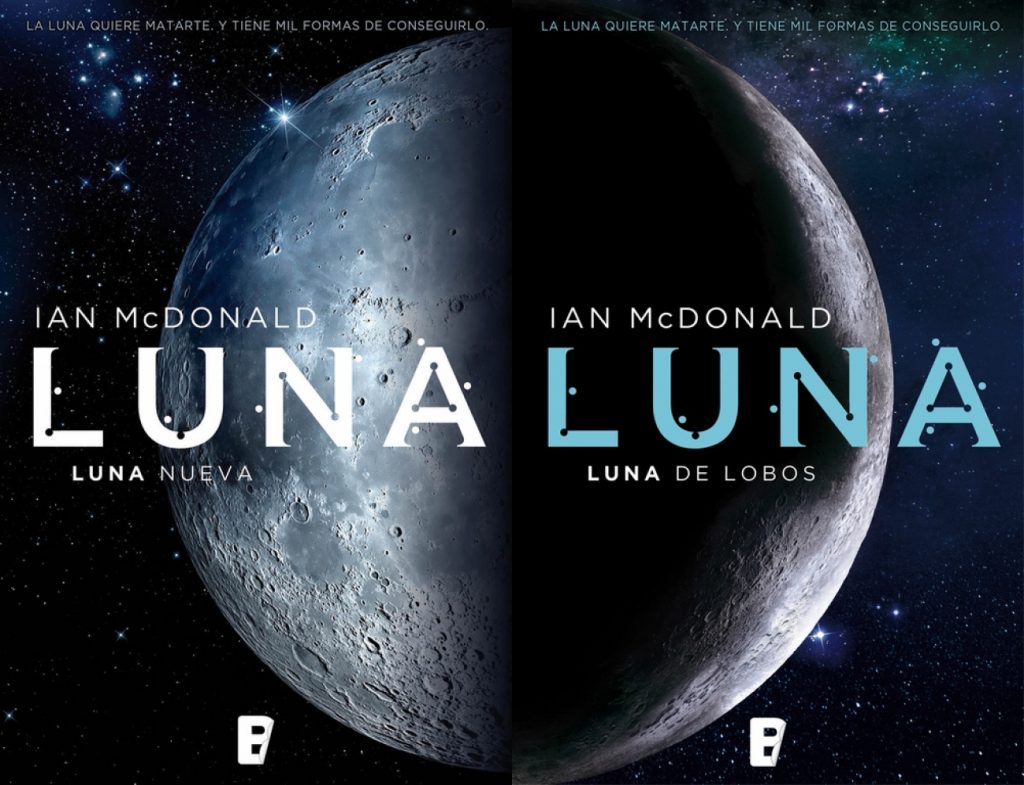 The series is published in the UK by Gollancz, in North America by Tor Books, and widely elsewhere in translation. Here’s the English-language synopsis for MOON RISING…

‘… cinematic set-pieces… so much fun to read… these entertaining, and intelligent novels, capped off by the very satisfying Luna: MOON RISING, have been about establishing a society, a community, a family that looks to the future, that lives and prospers in an environment that must always be treated with respect.’ — Locus (Ian Mond) on MOON RISING