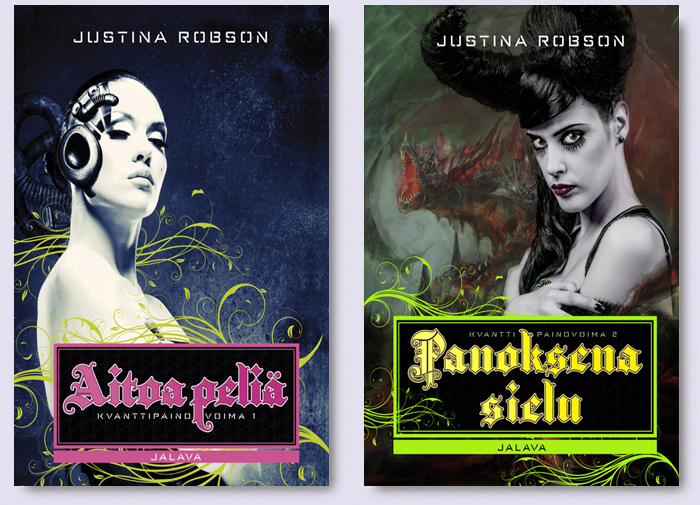 Here are the rather striking Finnish covers for the first two novels in Justina Robson‘s Quantum Gravity series: KEEPING IT REAL and SELLING OUT. Published by Jalava as AITOA PELIÄ and PANOKSENA SIELU, respectively, they are out now.

Here’s the English-language synopsis for KEEPING IT REAL…

A heroine who’s half robot and all attitude, a world of quantum strangeness; SF that has remembered how to have fun from the UK’s most successful female SF writer.

Special agent Lila Black used to be pretty but now she’s not so sure.

Her body is now more than half restless carbon and metal alloy machinery. A machine she’s barely in control of. It goes into combat mode, enough weapons for a small army springing from within itself, at the merest provocation.

As for her heart… well ever since being drawn into a Game by the elven rockstar she’s been assigned to protect, she’s not even sure she can trust that anymore either.

The Quantum Gravity series — which also includes GOING UNDER, CHASING THE DRAGON and DOWN TO THE BONE — is published in the UK by Gollancz. Here are the UK covers… 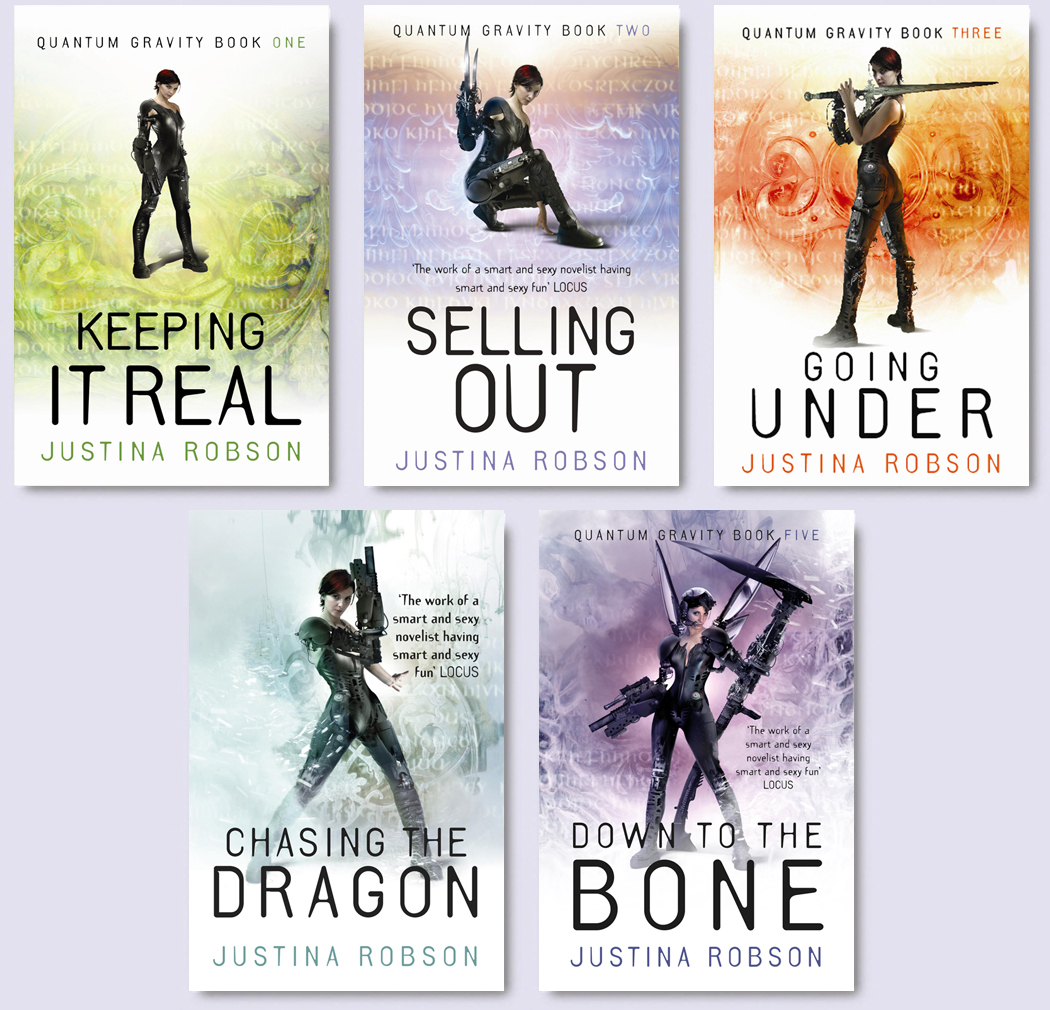 Justina Robson’s highly anticipated next novel is GLORIOUS ANGELS, due to be published in the UK by Gollancz, on March 19th, 2015. 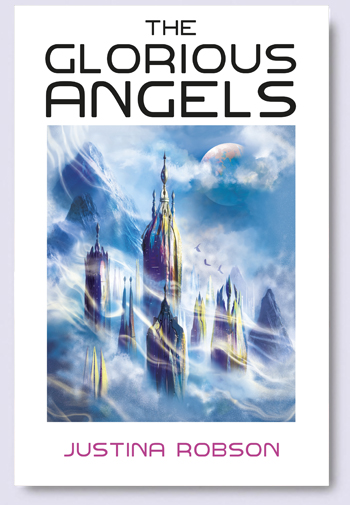