Fans of Jack Campbell‘s acclaimed Lost Fleet universe don’t have long to wait until the next book: RESOLUTE, the second novel in the Outlands/’Black Jack’ Geary novel, is due to be published by Titan Books in two weeks (June 28th)! Here’s the synopsis…

Having survived political warfare Geary must lead a diplomatic mission to establish a new embassy with the cryptic but welcoming Dancers. His battle group, and the scientists and ambassadors they’re escorting, must cross territory controlled by the mysterious, and deadly, Enigmas. And saboteurs and assassins still hide in his crew.

Carrying the burden of his own legend, Geary must embody the best of military leadership, whether as a brilliant tactical commander or a man who knows the price of pulling the trigger. Knowing every decision he makes will be assessed on the galactic stage.

The first book in the Outlands series, BOUNDLESS is also published by Titan Books, and out now. 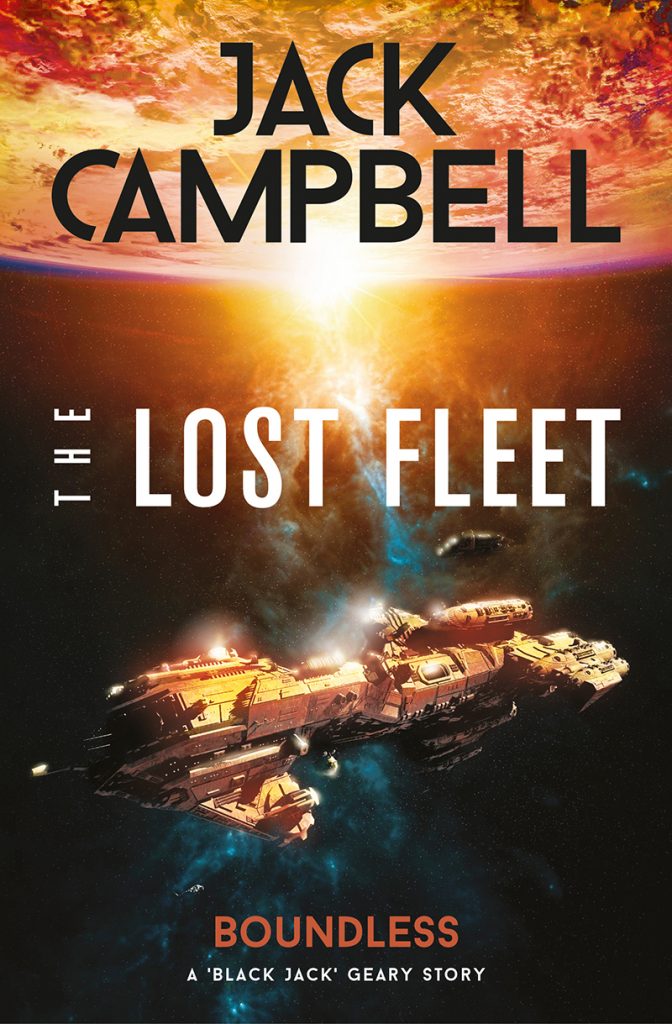 All of the Lost Fleet novels (to date) are published in the UK by Titan Books — including the main series, as well as the follow-up/spin-off series Beyond the Frontier, Lost Stars, and Genesis Fleet (a prequel trilogy).