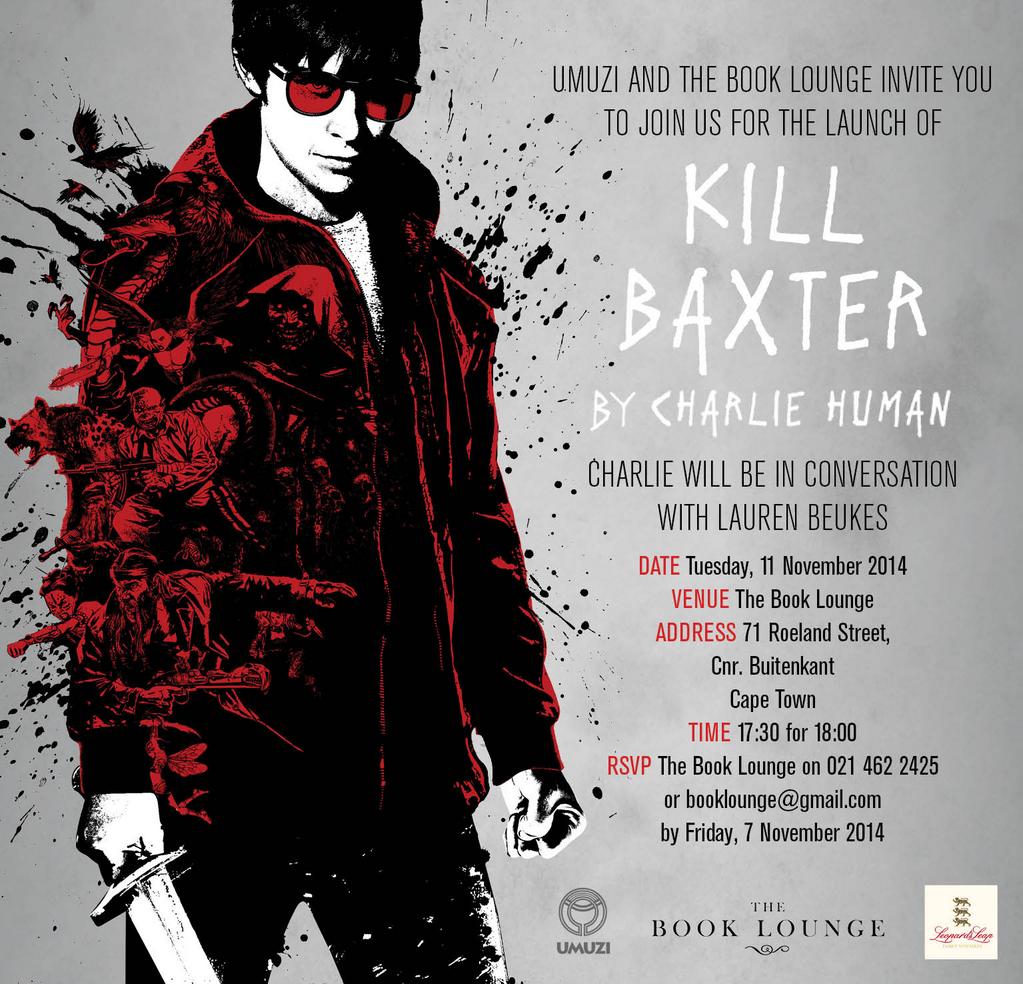 Already available in the UK, Charlie Human‘s KILL BAXTER will be launched in the author’s native South Africa next week, on November 11th. Held at Cape Town’s Book Lounge, the event (poster above), will include Charlie in conversation with best-selling author Lauren Beukes. KILL BAXTER is the sequel to APOCALYPSE NOW NOW. Both novels are published in South Africa by Umuzi/Random Struik and in the UK by Century. Here’s the synopsis…

The world has been massively unappreciative of sixteen-year-old Baxter Zevcenko. His bloodline may be a combination of ancient Boer mystic and giant shape-shifting crow, and he may have won an inter-dimensional battle and saved the world, but does anyone care? Frankly, no.

Instead he’s packed off to Hexpoort, a magical training school that’s part reformatory, part military school. It’s just like Hogwarts – except with sex, drugs, and much better internet access. The problem is that Baxter sucks at magic. He’s also desperately attempting to control his new ability to dreamwalk, all the while being singled out by the school’s resident bully, who just so happens to be the Chosen One.

But when Hexpoort comes under attack, Baxter needs to forget all that and step into action. The only way to do this is to join forces with his favourite recovering alcoholic of a supernatural bounty hunter, Ronin, to try to save the world from the apocalypse. Again.

Check out the great covers for KILL BAXTER, both by the ever-so-talented Joey Hi-Fi: 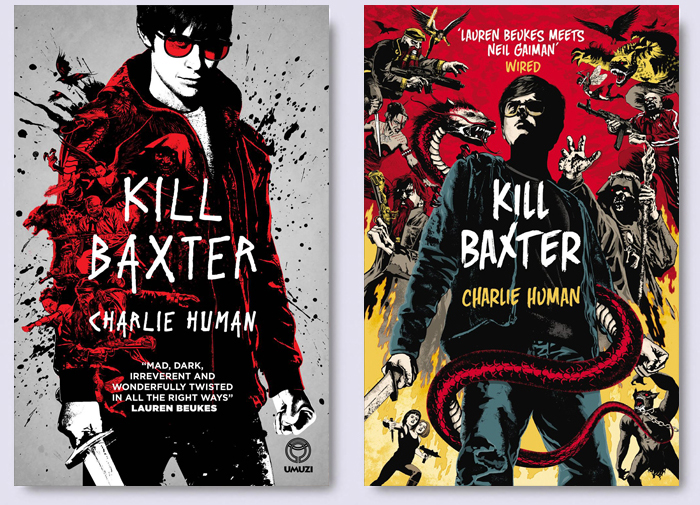