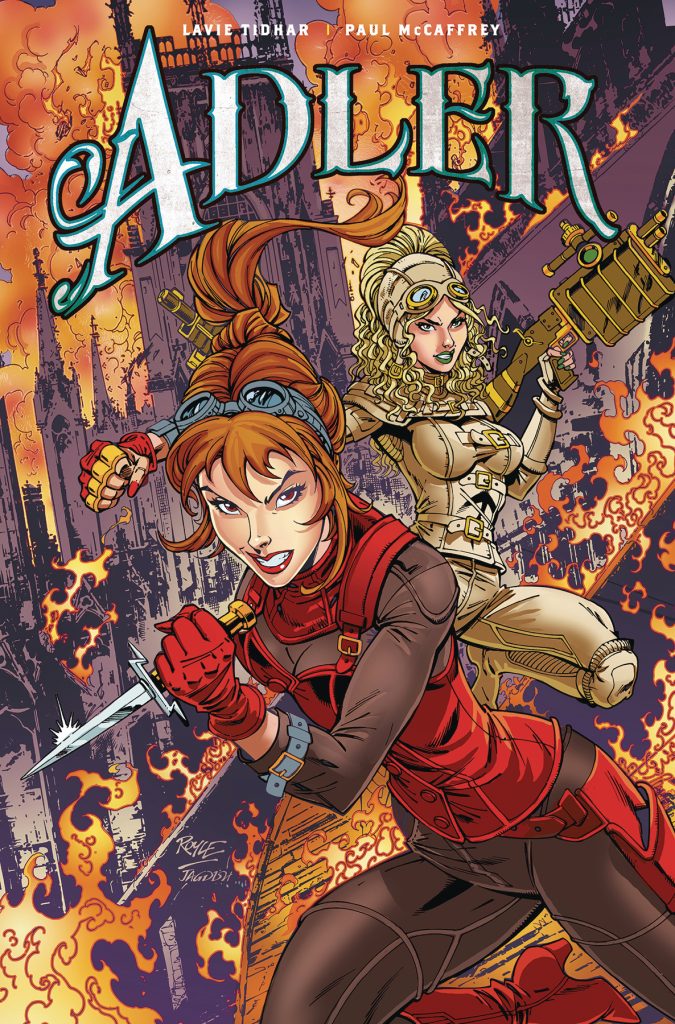 The fourth issue of ADLER, Lavie Tidhar‘s acclaimed first comic series, is due to be published in three weeks (September 30th) by Titan Comics! The series was slightly delayed due to the ongoing COVID-19 pandemic, but we’re very glad that the series is back to being published. With only one more issue after this, the game is well and truly afoot!

Here’s the (rather brief) synopsis…

Irene Adler and her team of Victorian heroines encounter a mysterious villain, even more dangerous that Moriarty!

As with the first three issues, this one is available with three different covers. The cover above, by John Royle, as well as one by Paul McCaffrey and the Victorian Homage cover… 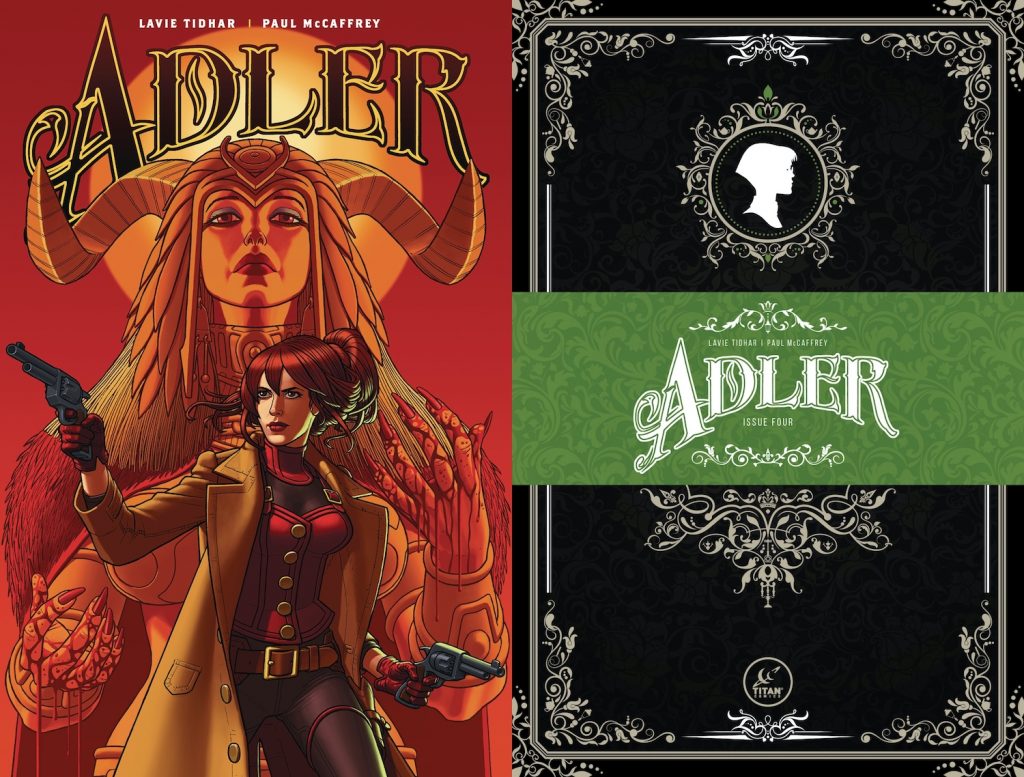 ‘Some brilliant artwork… The writing in this comic is wonderful.’ — SciFi Pulse

‘[The art is] engaging, entertaining and breathtaking, thanks to the stylings of McCaffrey, who’s artwork always sings the most when he’s coloring his own… [the story is] a delight to read and one that fans of Victoriana, steam punk, gothic literature and good comics will want to pick up.’ — Comicon.com

‘At its core, Tidhar’s approach to ADLER reminds me of The League of Extraordinary Gentlemen, but doing away with the boys’ club attitude and aiming to showcase what the girls of history & classic literature can do on their own… [artist Paul McCaffrey] does a great job in setting the mood of any given scene. Villains lurk in the shadows, street lights glow through the London fog, and there’s hardly a panel I can find on a second look-through that doesn’t have something going on in the background to keep the eye moving… If the goal of a creative team is to wrap up the first issue leaving readers hungry for more, I think we can call ADLER a win.’ — thePullBox.com

‘At its finest, ADLER #1 is a delightful penny-dreadful.’ — Comic Watch

‘I truly loved ADLER #1… this comic has found a brilliant apex of something new and something familiar to reel in and keep readers interested.’ — ComicBookMovie.com

‘The story is starting to pay off in really thrilling ways, especially if you’re a fan of big, pulpy adventure story high concepts. From the beginning of the series, writer Lavie Tidhar and artist Paul McCaffrey clearly sought to replicate that pulp adventure feel, and the book reads a bit like a Saturday matinee serial in that way, leaving every issue on the edge of something thrilling that’s waiting for you just behind the cover of the next installment. What makes Adler work, though, beyond that sense of recreating something we feel like we know, is the ambition of the piece, something that issue #3 showcases to great effect. There’s something massive at work behind the mash-up hook of this story, and the more you read the deeper into that sense of scale you get. It’s an addictive feeling, and it makes me want to know what happens next.’ — Syfy.com

Lavie’s acclaimed latest novel, BY FORCE ALONE is out now, published by Head of Zeus in the UK and Tor Books in North America. 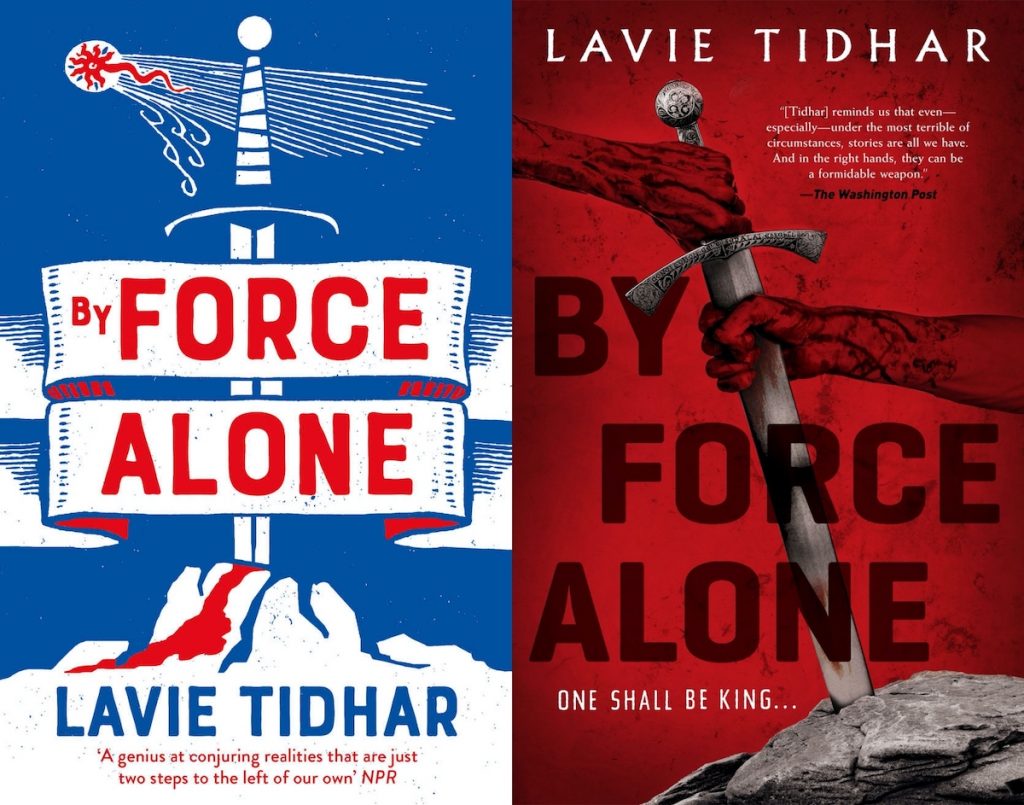