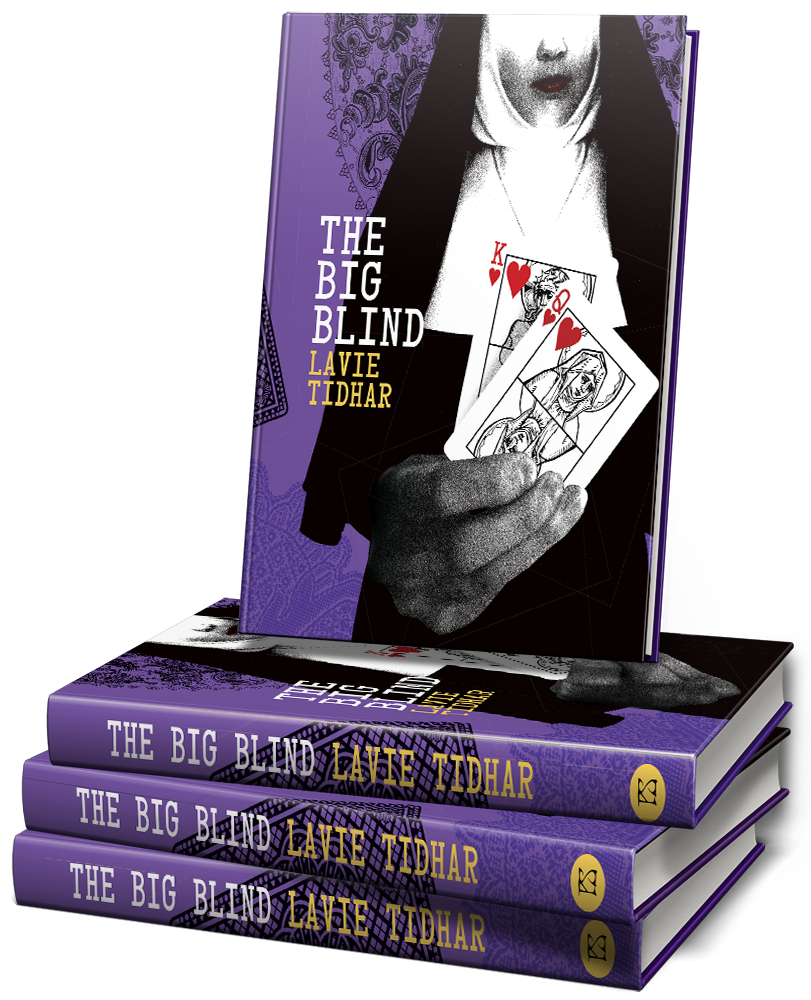 PS Publishing has announced that they will be publishing the latest novella by Lavie Tidhar: THE BIG BLIND! Available for pre-order now, and due out in November, here’s the synopsis…

The daughter of a legendary card player with skills of her own, Claire doesn’t want to go into the family business. She’s heard the call, and she desperately wants to become a nun. But when her convent comes under financial threat, Claire must leave what she loves to save what she loves – and enter an international poker tournament.

Both a poker novella and a meditation on faith, The Big Blind is a taut, heartfelt and compelling new book from multiple award winner Lavie Tidhar.

‘I had the idea for this book,’ Tidhar says, ‘which I jokingly refer to as Sister Act meets “rounders”—a while back, but it took time to write. I had the full outline of the story sitting around, and I needed a space to write it in, and ended up sneaking it in between two novels, purely for my own enjoyment. I love watching poker, but I am not a player. I ended up spending a couple of weeks playing online just to get into a certain rhythm, which helped. It turned into something that I really loved—entirely non-fantastical, which was a departure for me, written sparsely (I had Elmore Leonard in mind when I was writing, and a certain noir vibe, though this book is not at all noir), but with a heart. I hope it finds its readers.’

PS Publishing also published some limited editions for Lavie’s earlier books OSAMA, THE VIOLENT CENTURY, A MAN LIES DREAMING and UNHOLY LAND. (All of which have sold out, but are still available in other formats.)

The striking cover art for THE BIG BLIND is by Pedro Marques.