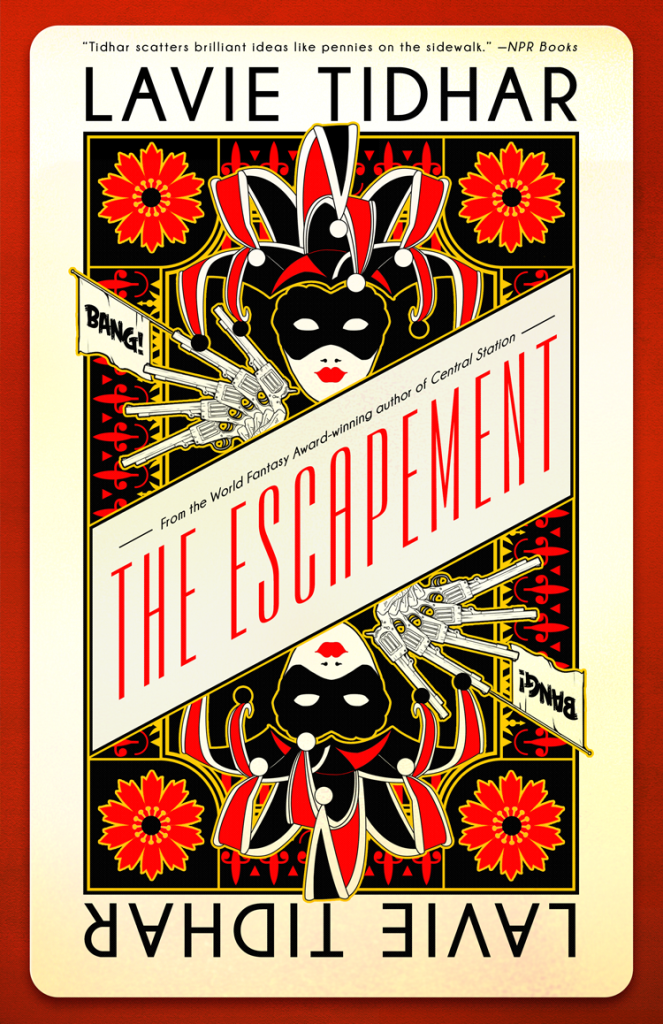 The wait is nearly over! Lavie Tidhar ‘dazzling new novel’, THE ESCAPEMENT is out in one month! Published by Tachyon Publications on October 5th, it’s a novel that evokes ‘Westerns, surrealism, epic fantasy, mythology, and circus extravaganzas’. Here’s the synopsis…

Into the Escapement rides the Stranger, a lone gunman on a quest to rescue his son in a strange parallel reality. But it is easy to lose one’s way on an endlessly shifting, unpredictable landscape. Especially in a place full of bizarre mirror-images of beloved things: lawless heroes, giants made of stone, subjugated clowns, symbol storms, and an endless war between gods and more shadowy forces.

As the Stranger has learned, the Escapement is a dreamscape of deep mysteries, unlikely allies, and unwinnable battles. Yet the flower the he seeks still lies beyond the Mountains of Darkness. Time is running out as The Stranger journeys deeper into the secret heart of an unimaginable world.

In his most compelling work to date, Lavie Tidhar has delivered a multicolored tapestry of dazzling imagery. The Escapement is an epic, wildly original chronicle of the extraordinary lengths to which one will go for love.

‘The Man With No Name travels through an impossibly alien world peopled by brutalized clowns, superhuman bounty hunters, and titanic monsters indifferent to human suffering—although being a Lavie Tidhar book, there’s a step beyond the main story that I’ll avoid revealing. A blurb from me being at worst harmless, I will comment for the record that ‘Tidhar’s brand of surreal pulp continues to be one of the few truly distinctive voices in genre fiction.’ — Daniel Polansky

A delightfully cacophonous novel, teeming with character… Tidhar’s latest offering transports readers to a liminal otherworld of spaghetti Western pastiche… The author draws from an eclectic mix of sources to create a dazzling story that is more than the sum of its parts, and much of the fun of reading it comes from recognizing its homages.’ — Kirkus

‘[F]uriously inventive and wildly eclectic… Among the most visual and even cinematic of Tidhar’s novels… it’s also, in the end, a surprisingly touching reminder of how such quests can begin in heartache.’ — Locus (Gary K. Wolfe)

‘Dazzling… Those who enter THE ESCAPEMENT should strap themselves in for horrors and wonders galore. Filled with contorted fairy tales, myths, and familiar stories, Lavie Tidhar’s latest novel is both a fantastical diversion and a moving articulation of deep parental love.’ — Foreword

‘… if THE ESCAPEMENT is any guide, Tidhar is a spellbinding stylist with a spell-casting imagination. Part fantasy, part sci-fi, part surreal mainstream, this novel plonks the reader into a vast, surreal landscape, the Escapement, in which clowns and stone monsters and cowboys and classic fictional characters coexist in a shifting tableau. The Stranger is our hero, a warrior searching for mythical flowers, even as in another universe he sits at his sick boy’s side in a hospital. None of this should work but all of it does, the author managing to evoke sadness, awe, and even humor. I could only compare my reading to old Philip K. Dick married to Samuel R. Delaney. THE ESCAPEMENT is a captivating triumph of imagination.’ — Read, Listen, Watch (9/10) 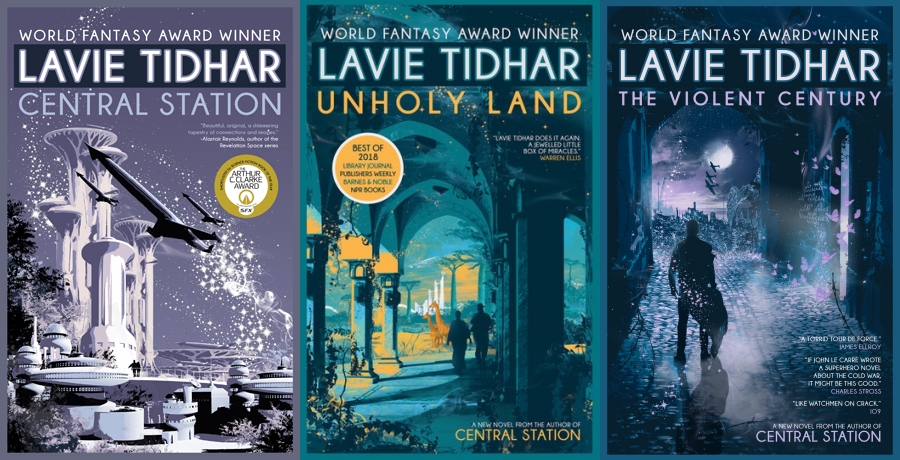 If you’re looking for more THE ESCAPEMENT content, Lavie has also made a game based on the book’s world and events. You can find more information here.

One more thing: Lavie is one of the cover interviews in the latest issue of Locus Magazine! 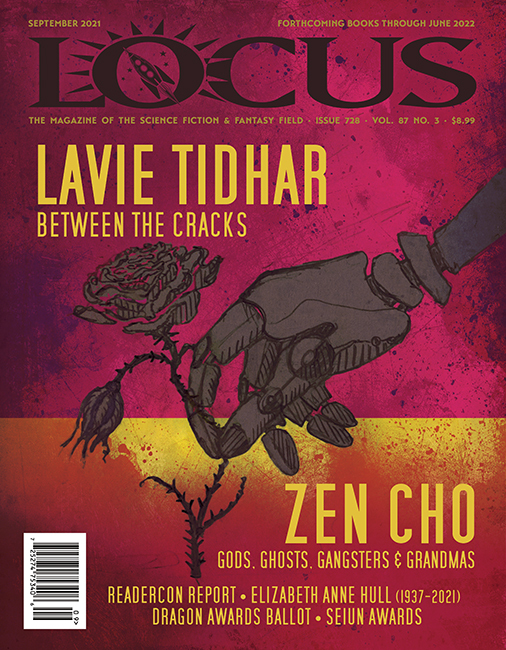