… this time in the unmissable guise of Ben Aaronovitch, whose RIVERS OF LONDON (or MIDNIGHT RIOT, if you’re in the US) continues to garner some spectacular reviews.

Ben will be appearing on The Radio 2 Book Club segment of the Simon Mayo Show on Monday 24th January, discussing RIVERS OF LONDON and generally being amusing, witty and wry. The BBC web site is offering the first chapter online, so follow that link above. UK residents who miss the broadcast can catch up with it on the BBC iPlayer. 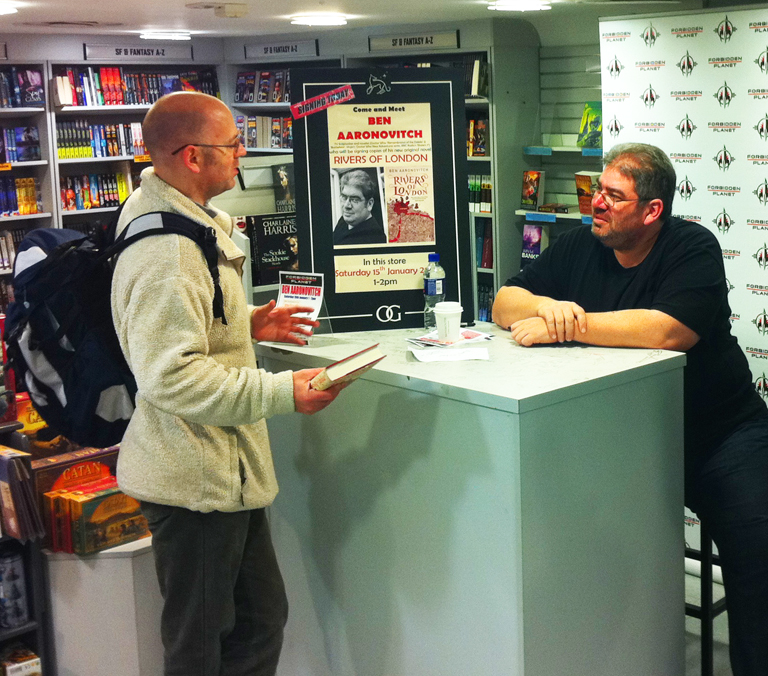