EMPRESS OF THE SUN, the third book in Ian McDonald‘s Everness critically-acclaimed YA series, has received a striking UK cover… 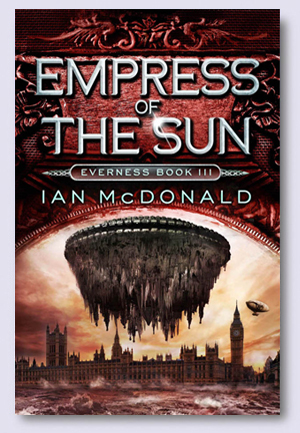 EMPRESS OF THE SUN is due to be published in the UK by Jo Fletcher Books in January 2014, and in the US by Pyr Books in February 2014.