Due to be published by Heyne next month in Germany, there is a new cover for Ian McDonald‘s third Luna novel, MOON RISING! Published in German as DRACHENMOND, here’s the synopsis…

Heyne has also published the first two novels in the critically-acclaimed Luna series; and it is published in the UK by Gollancz, in North America by Tor Books, and is available in a growing number of translated editions. Here’s the English-language synopsis for MOON RISING… 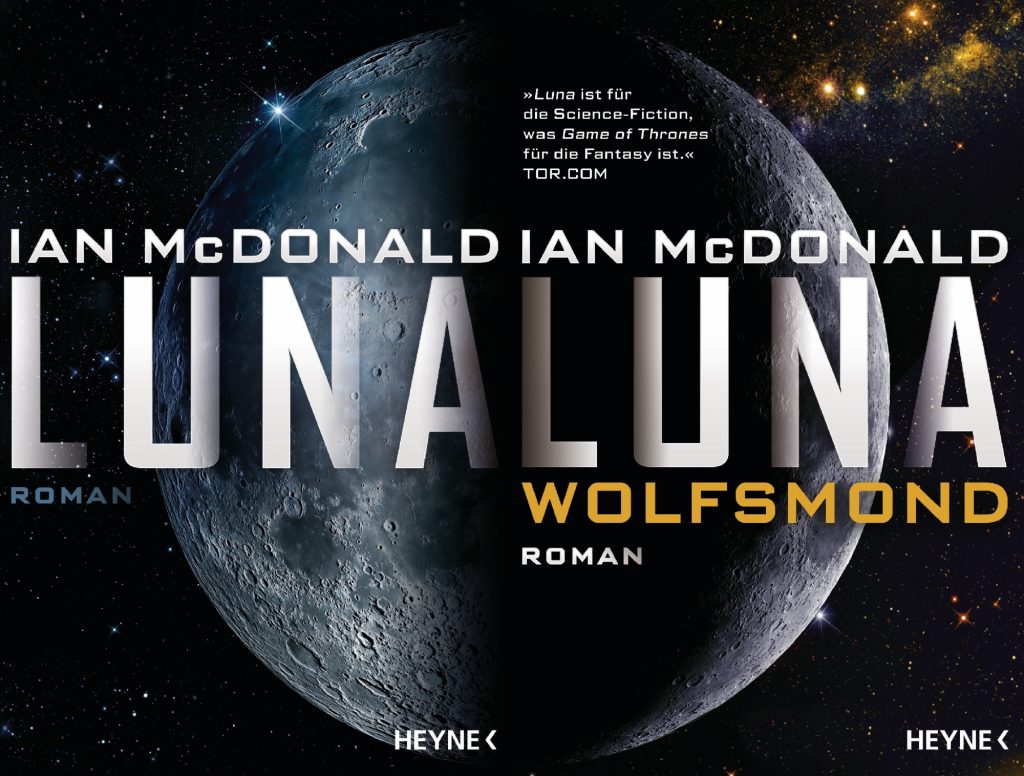