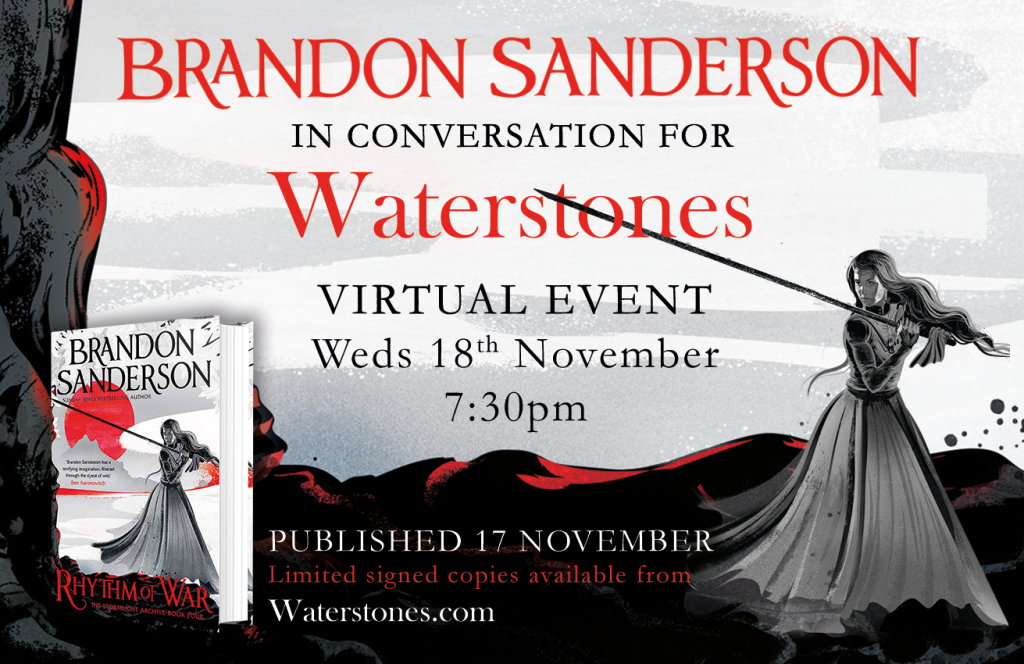 Next week, on November 18th, Waterstones are hosting Brandon Sanderson for a virtual event to celebrate the release of RHYTHM OF WAR! The highly-anticipated fourth novel in Brandon’s acclaimed Stormlight Archive series, it is due to be published in the UK by Gollancz. Here’s the synopsis…

There are two options for the event, which will be held via Zoom: there is a special Ticket & Book option available to people in the UK, which includes a copy of the book as well as a ticket for the virtual event (£25). For everyone else, there is also an option for just the event ticket (£5). From Waterstones:

The Ticket & Book option is UK delivery only, please do not choose this option if you do not have a valid UK postal address as you will not receive the book and may still be charged. Books will be posted after the event, which will be after publication date.

Waterstones are also offering a limited number of signed editions of RHYTHM OF WAR, which can be ordered here.

Gollancz has published all of the Stormlight Archive books in the UK, as well as a whole host of Brandon’s other acclaimed and best-selling novels and novellas — including the fan-favourite Mistborn series.