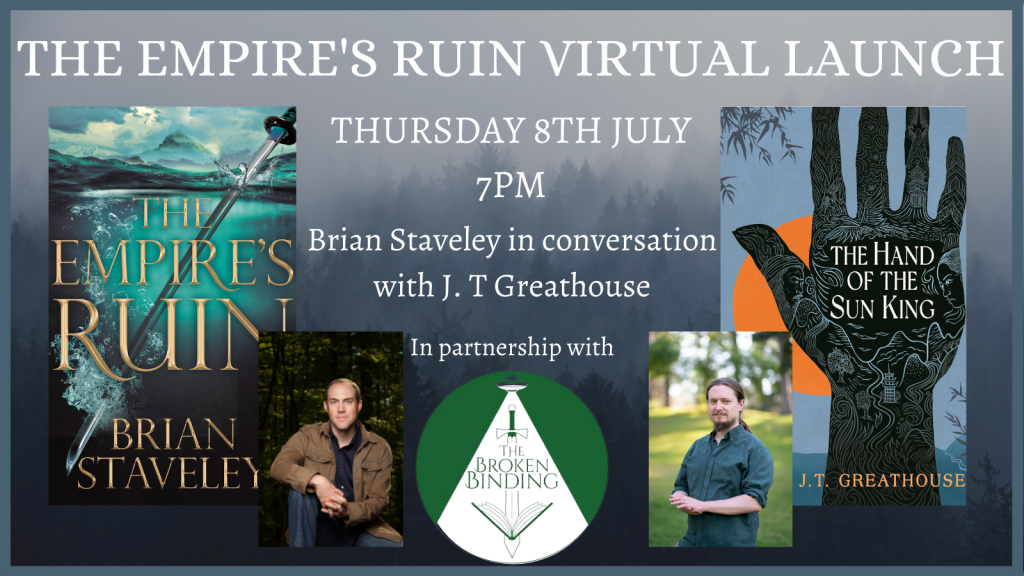 Next Thursday, July 8th, J. T. Greathouse will be taking part in an event with Brian Staveley. Hosted by the Broken Binding, it’s a free event — however, you should reserve your spot ASAP, here.

J. T. Greathouse’s debut novel, THE HAND OF THE SUN KING is due to be published by Gollancz in the UK, on August 5th, 2021. The first book in the Pact and Pattern series, here’s the synopsis…

All my life, I have been torn between two legacies: that of my father, whose roots trace back to the right hand of the Emperor. That of my mother’s family, who reject the oppressive Empire and embrace the resistance.

I can choose between them – between protecting my family, or protecting my people – or I can search out a better path… a magical path, filled with secrets, unbound by empire or resistance, which could shake my world to its very foundation.