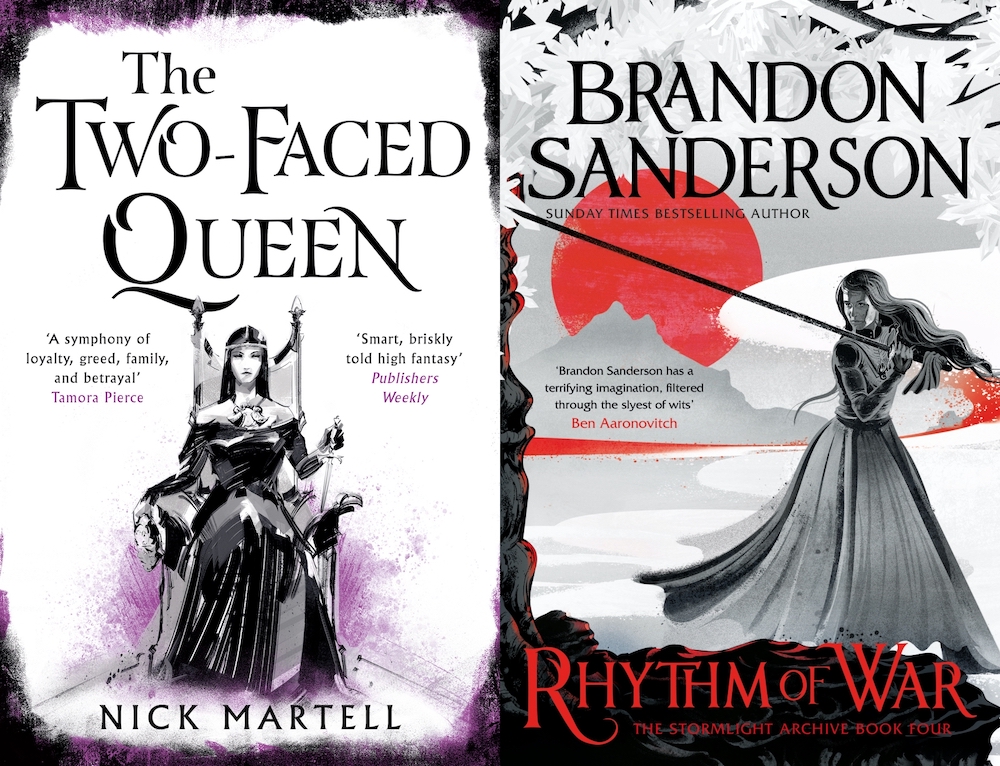 We just wanted to take this opportunity to quickly draw your attention to an upcoming online event: next Wednesday (March 3rd), Nick Martell will be a guest on Brandon Sanderson‘s livestream! The event will be broadcast on Brandon’s YouTube page. Keep your eyes on Nick’s, Brandon’s, and our Twitter feeds for updates about timing, etc.

Nick’s upcoming second novel, THE TWO-FACED QUEEN is due to be published by Gollancz on March 25th (eBook) and April 8th (print). It’s the second novel in his acclaimed Legacy of the Mercenary Kings fantasy series. Here’s the synopsis…

Brandon’s latest novel is the best-selling fourth novel in the Stormlight Archive series, RHYTHM OF WAR is also out now published, by Gollancz in the UK.

Zeno represents Nick Martell and Brandon Sanderson in the UK and Commonwealth, on behalf of the JABberwocky Literary Agency in New York.