“Call me Ishmael. Ishmael Jones. I am the man in the shadows, that even the shadows are afraid of. The secret agent whose life is the greatest secret of all. And some of the cases I work are trickier than others.”

A rogue agent has come in from the cold and wants to spill his secrets. The Organisation wants Ishmael Jones to find out if Frank Parker is who he says he is, and why he has emerged from the shadows after all this time. But when Ishmael reaches Ringstone Lodge where Parker is being held, he is menaced by a series of alarming incidents.

Severn House are due to publish the novel in the US on September 1st, 2016. They also published the first in the series, THE DARK SIDE OF THE ROAD. Here are just a couple of the reviews the first novel received…

‘[A] brisk, breezy first in a new mystery series…Convincing supernatural twists [and] witty chapter titles… readers will be anxious for a sequel.’ — Publishers Weekly

‘I really enjoyed the book. If anything it was over too soon. The author captures the English Country Manor Murder Mystery feel very well, as he sets up pretty much everybody as a suspect… I look forward to finding out more in future volumes.’ — British Fantasy Society 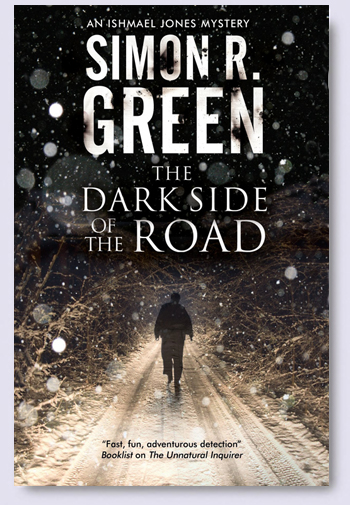