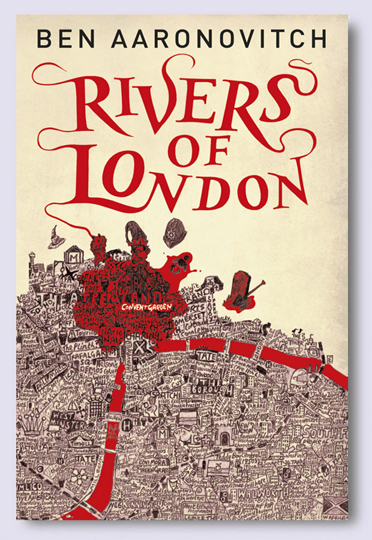 Today we can finally bring you the exciting news that Ben Aaronovitch‘s RIVERS OF LONDON has been optioned for television by Feel Films. Genre fans will be excited to learn that this is the same production company behind the highly-anticipated, forthcoming BBC adaptation of JONATHAN STRANGE AND MR NORRELL.

‘In RIVERS OF LONDON,’ says Nick Hirschkorn, Managing Director and Executive Producer of Feel Films, ‘Ben has brilliantly fused the worlds of procedural crime and fantasy to create something undeniably unique. His wit and tone grabbed me from the very first page and I am hugely honoured to be entrusted to  bring Peter Grant, Nightingale and their London to life.’

Ben, naturally, is thrilled with the deal, and says, ‘I’m looking forward to this with the mixture of mad anticipation and stark fear that is the only rational response to developing your own work forTelevision…Me and Nick will be looking to put something on TV that will blow the audiences’ socks off out through their ears.‘

In the event that you have not yet tried Ben’s brilliant and highly-entertaining series (shame on you!), here is the synopsis for book one…

The Rivers of London series comprises RIVERS OF LONDON, MOON OVER SOHO, and WHISPERS UNDER GROUND. The fourth volume, BROKEN HOMES, will be published on July 25th, 2013, by Gollancz.