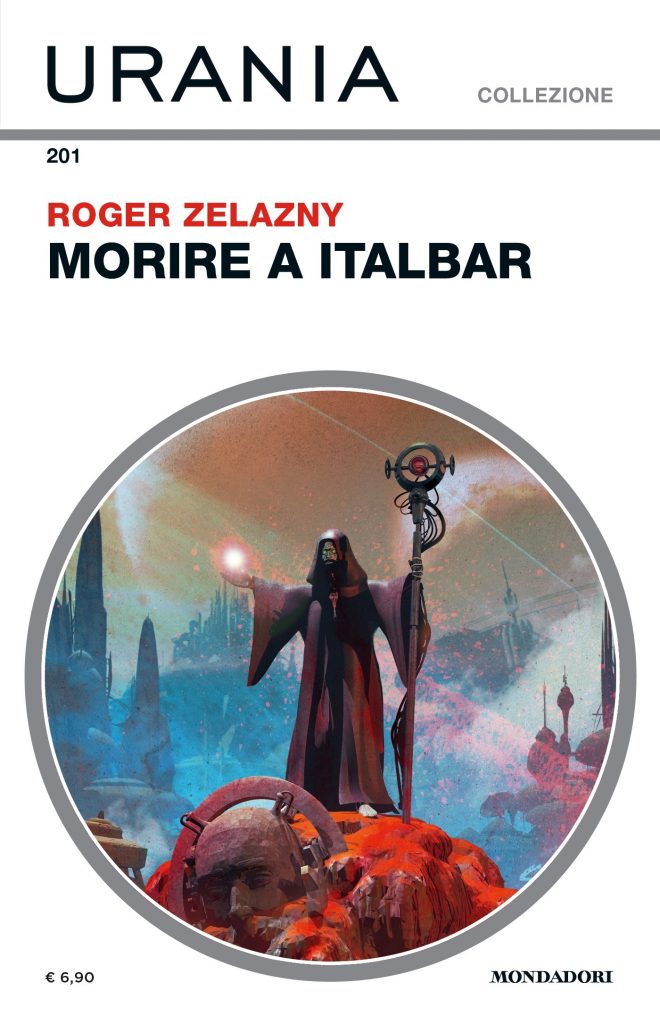 Roger Zelazny‘s TO DIE IN ITALBAR is now available in Italy! The second novel in the Francis Sandow series, it is published in Italian by Urania/Mondadori as MORIRE A ITALBAR, here’s the synopsis…

First published in 1973, here’s the English-language synopsis for TO DIE IN ITALBAR…

The Walker in the Valley of the Shadow

H was the name he was known by. H was unique in the galaxy, for he had the healing touch. Where there was plague, sickness, pain, H was the universal cure.

But H also had the slaying touch. Where he went death and disaster often followed. Where there had been health there would be left desolation and desert.

The talent alternated. It reversed itself — and H always warned people of this.

To live in Italbar or TO DIE IN ITALBAR, that was always the question.

‘Zelazny has regained his stride as a first rate writer of SF adventure.’ — Locus

‘A slender but nicely balanced tale of the efforts of Malacar, a single guerrilla against the forces of empire, to find and turn into a weapon the mysterious H, carrier of cures as well as diseases, who started as a healer but is now ravaging entire planets… [Zelazny is] still better than most.’ — Kirkus

Zeno represents Roger Zelazny in Translation, on behalf of the Zelazny Estate.