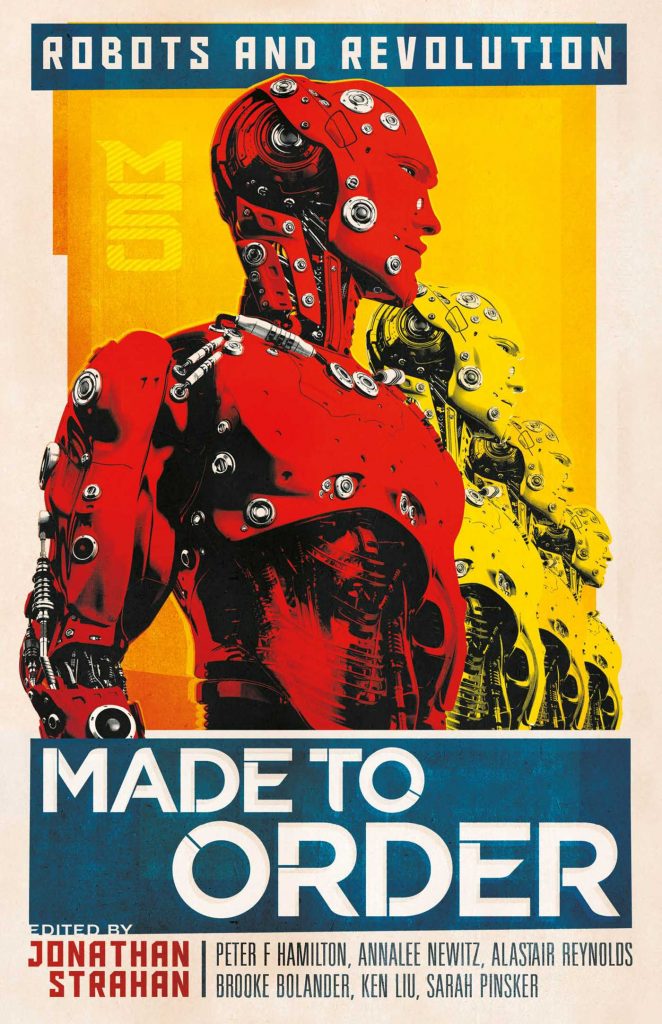 Tomorrow, Solaris is due to publish the new anthology MADE TO ORDER. In it, you’ll find Ian R. MacLeod‘s excellent story “Sin Eater”, which Lightspeed Magazine picked as a stand-out, ‘a fun and intellectually engaging read’. Edited by Jonathan Strahan, here’s the anthology’s synopsis…

A cutting-edge anthology, published on the 100th anniversary of the word “Robot”, exploring the impact it has had on the world, the possibilities and place of robots in society going forwards.

100 years after Karel Capek coined the word, “robots” are an everyday idea, and the inspiration for countless stories in books, film, TV and games.

They are often among the least privileged, most unfairly used of us, and the more robots are like humans, the more interesting they become. This collection of stories is where robots stand in for us, where both we and they are disadvantaged, and where hope and optimism shines through.

Ian is the author of a number of acclaimed, award-winning novels and short stories. Nine of his books have been released as eBooks via JABberwocky’s eBook Program.