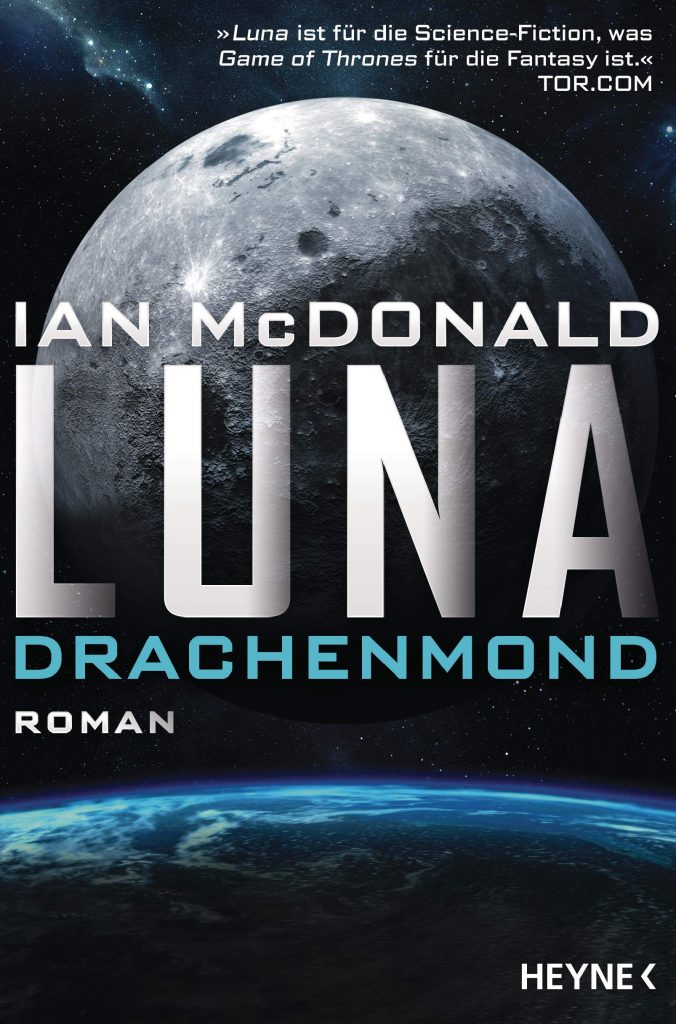 Heyne has also published the first two novels in the series in Germany: LUNA and WOLFSMOND. 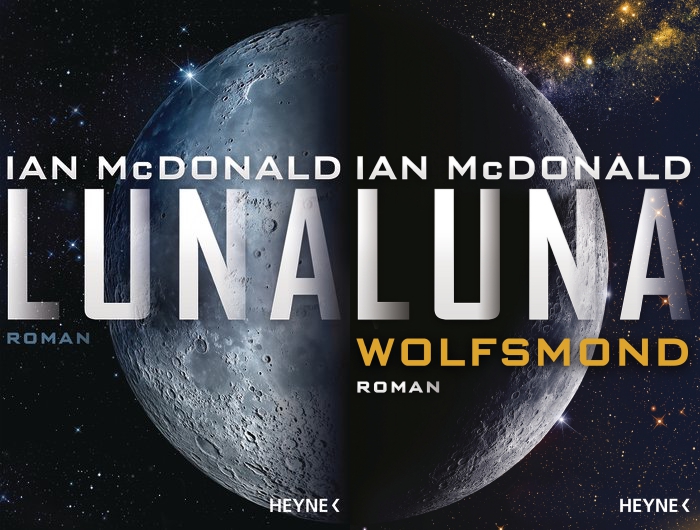 The critically-acclaimed Luna series — NEW MOON, WOLF MOON and MOON RISING — is published in the UK by Gollancz, in North America by Tor Books, and widely in translation. Here’s the English-language synopsis for the third novel…

‘LUNA: NEW MOON is the best moon novel I’ve seen in many years, but it’s also something of a piece with the recent movement on the part of Paul McAuley, Kim Stanley Robinson, and oth­ers to confine novels to the solar system, out of a realistic assessment that this is likely all we’ll have to work with – but McDonald takes this a step further. Possibly the most chilling lines in the book for an SF reader come from Adriana herself, in her own narrative: ‘‘There was no law, no justice,’’ she writes, ‘‘only management. The moon was the frontier, but it was the frontier to nothing. There was nowhere to run.’’ Inasmuch as it challenges one of the cherished master narratives of SF, in which the moon is only a stepping-stone, and despite what it owes to the tropes of ’70s-era social melodrama, McDon­ald’s novel has some formidable SF stingers not far beneath its densely textured surface.’ — Locus