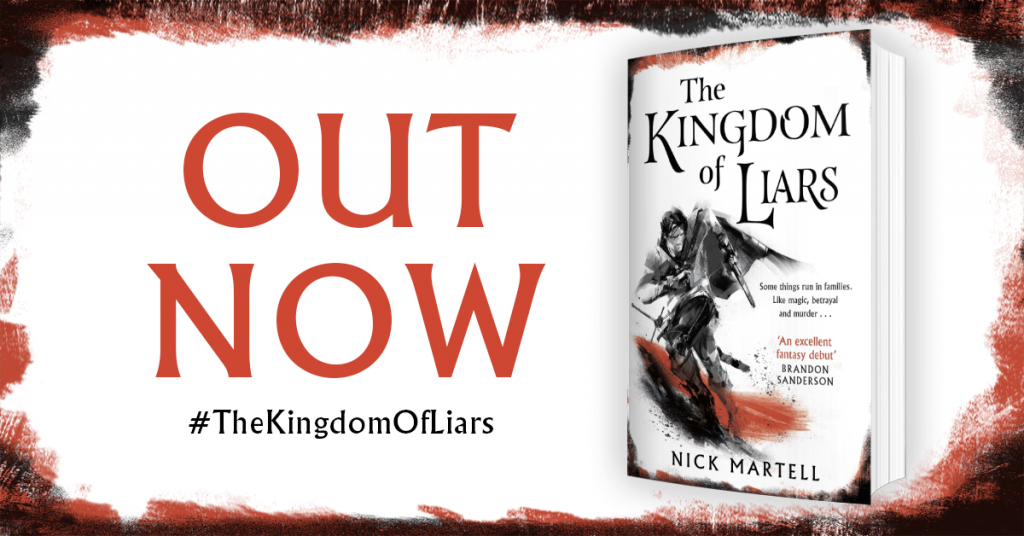 The UK paperback edition of Nick Martell‘s acclaimed debut novel, THE KINGDOM OF LIARS is out today! Published by Gollancz, here’s the synopsis…

‘An obvious strength of this novel is Martell’s worldbuilding prowess as well as his utilization of magic, which is subtle but powerful… a knotty mystery… keeps the pages turning… a story full of relentless action and more than a few jaw-dropping plot twists… An impressive fantasy debut that creates a solid foundation for (hopefully) a much larger narrative to come.’ — Kirkus

The second novel in the series, THE TWO-FACED QUEEN, is due to be published in the UK by Gollancz, in March. 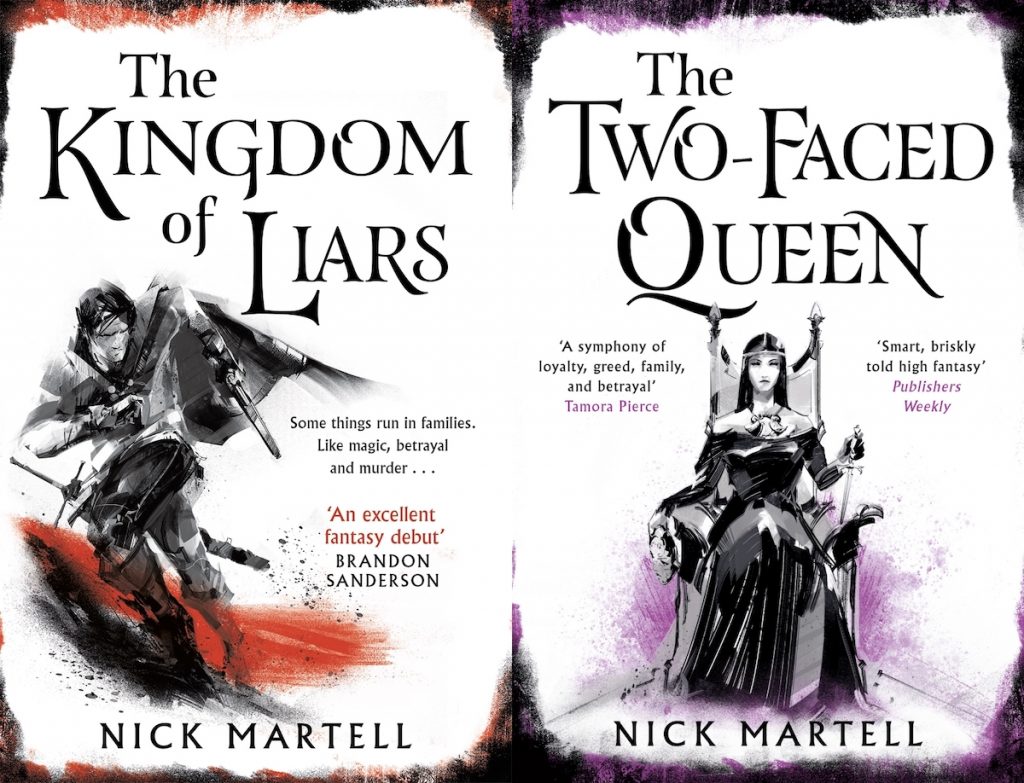