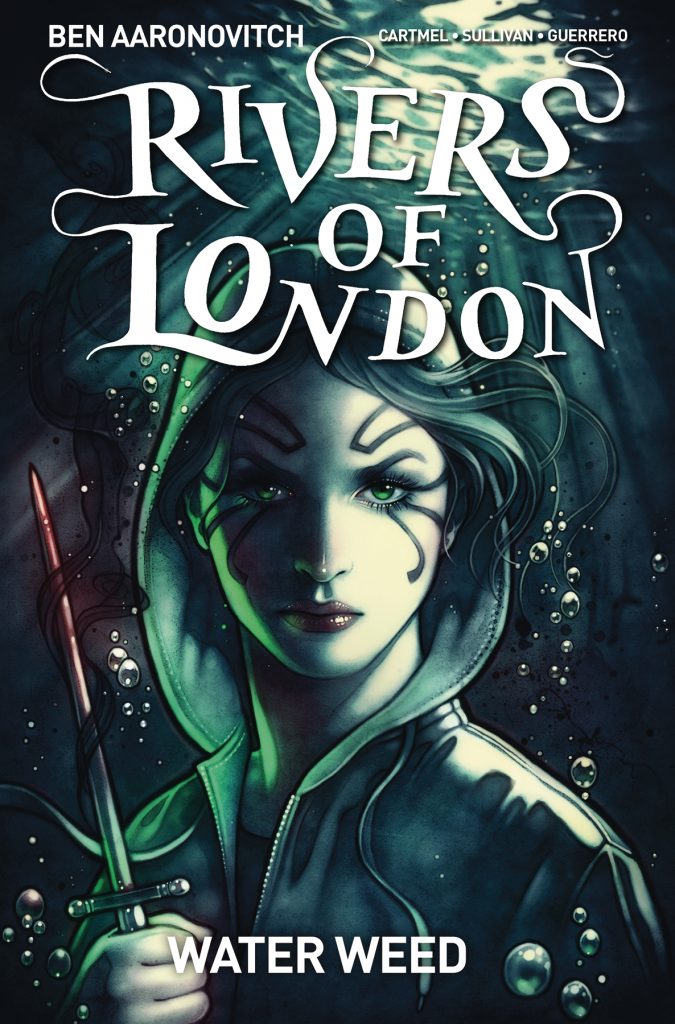 In a couple of weeks, Titan Comics are due to publish the second issue in Ben Aaronovitch and Andrew Cartmel‘s sixth Rivers of London series! WATER WEED #2 will arrive in stores (and digital platforms) on July 18th. Here’s the synopsis…

Spring Breakers meets Lock, Stock and Two Smoking Barrels on the banks of the Thames!

When two of the less well-behaved River goddesses, Chelsea and Olympia, decide to earn a few quid on the side, wizarding cop Peter Grant and river spirit Beverley find themselves drawn into a sordid cannabis-smuggling operation, controlled by London’s new queenpin of crime – the brutal and beautiful Hoodette!

We’ll be sharing more upcoming covers over the next couple of weeks, so be sure to check back!

All artwork for the series is by Lee Sullivan, with colours by Luis Guerrera. Titan Comics has published all of the Rivers of London comics so far, and the first five series are now available in collected editions.