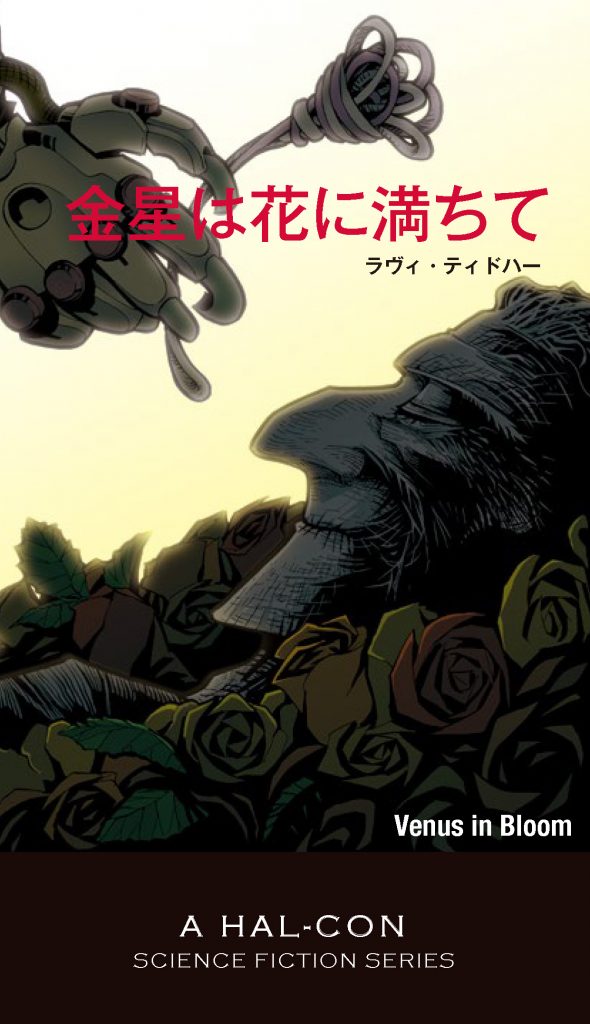 VENUS IN BLOOM, a new collection of short fiction by Lavie Tidhar is out now in Japan! Published by Hal-Con as 金星は花に満ちて, here’s the synopsis…

‘Venus In Bloom collects five of my stories, including an introduction and story notes. It is available as a slim paperback, illustrated by Masato Hisa, who was my fellow Guest of Honour at Hal-Con this year, and who also designs the monsters for the Japanese Power Rangers! Which is about as cool as it comes. (I also have one of his original pieces at home now, which I got at a secret room auction… err, don’t ask).’

The book includes the following stories:

Lavie is the multi-award winning, critically-acclaimed author of CENTRAL STATION, UNHOLY LAND, THE VIOLENT CENTURY, A MAN LIES DREAMING, and many more novels, short stories and novellas. His next novel is BY FORCE ALONE, which we’ll share more about in the near future.