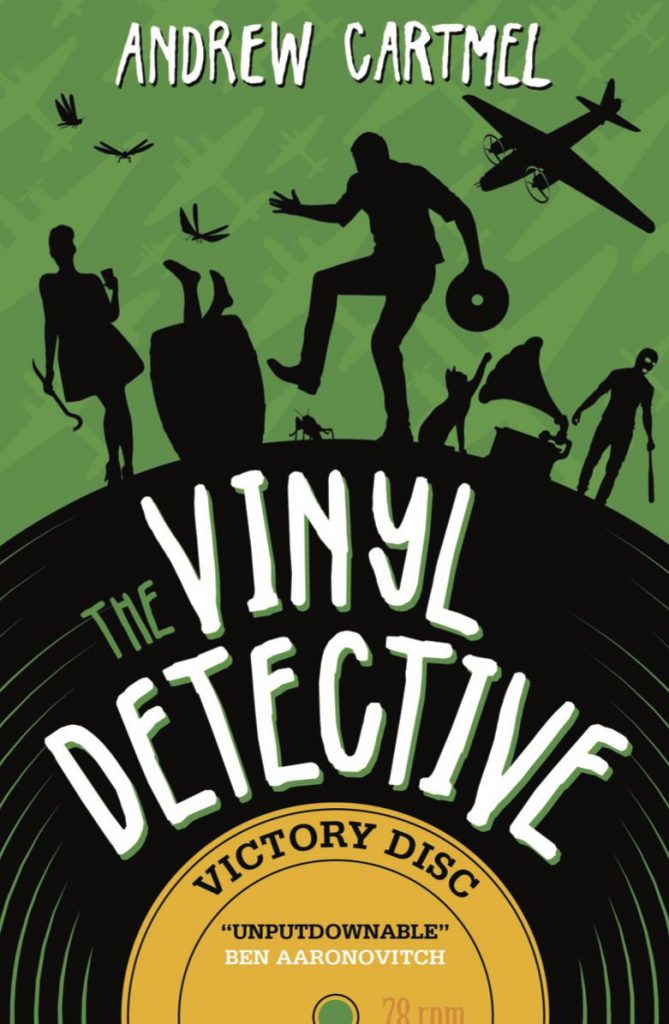 The mass market paperback edition of Andrew Cartmel‘s VICTORY DISC is due out tomorrow! The third novel in the acclaimed Vinyl Detective series, it’s published by Titan Books. Here’s the synopsis…

This time the search for a rare record ensnares our hero in a mystery with its roots stretching back seven decades, to the Second World War.

Three young RAF airmen played in a legendary band called the Flare Path Orchestra. When a precious 78rpm record of their music turns up in the most unexpected place the Vinyl Detective finds himself hired to track down the rest of their highly sought-after recordings.

But, as he does so, he finds that the battles of the last World War aren’t over yet—and can still prove lethal.

While fighting for his life, our hero unearths dark secrets of treason and murder, and puts right a tragic miscarriage of justice.

If all this sounds simple, it’s only because we haven’t mentioned drive-by shootings, murderous neo-Nazis, or that body in the beer barrel.

Titan Books has published the first four novels in the series: WRITTEN IN DEAD WAX, THE RUN-OUT GROOVE, VICTORY DISC, and FLIP BACK. The fifth novel, LOW ACTION, is due to be published in May 2020. 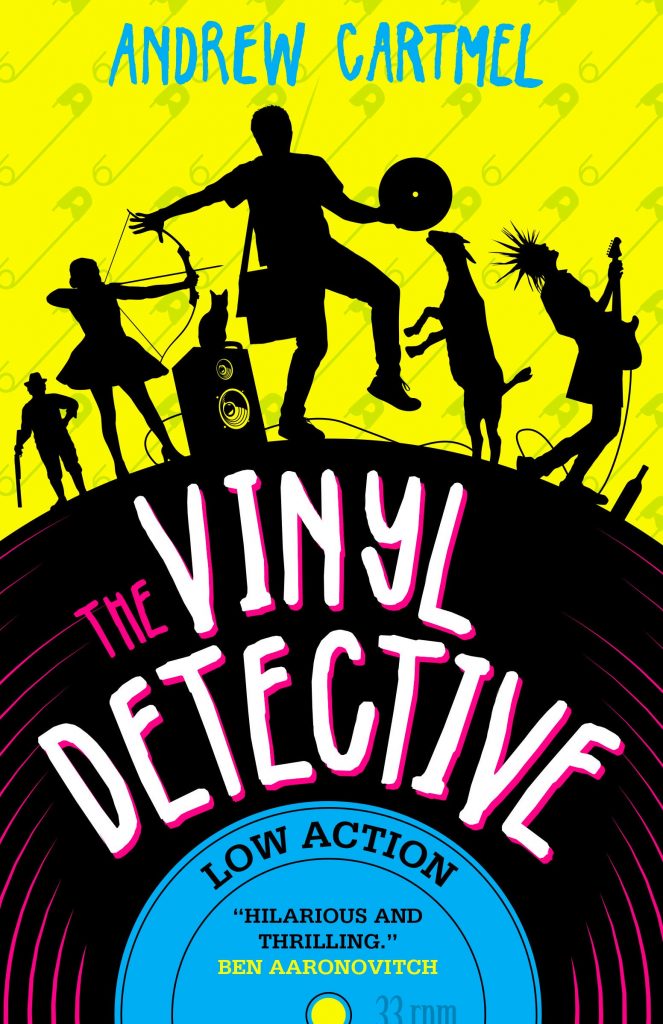