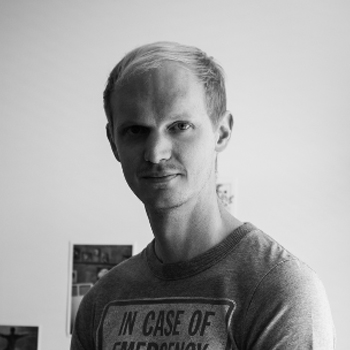 Josh Winning is an author and film journalist who writes for Radio Times, Total Film and SFX, among others. He has been on set with Kermit the Frog, devoured breakfast with zombies on The Walking Dead, and sat on the Iron Throne while visiting the Game Of Thrones set in Dublin. Jeff Goldblum once told him he looks a bit like Paul Bettany.

Growing up in Suffolk, Josh watched Labyrinth, The Dark Crystal and The Neverending Story on repeat, and he was raised on a steady diet of Cameron, Whedon and Lucas. His literary heroes include Grady Hendrix, Daphne du Maurier, Stephen King and Robin Jarvis. As a journalist, he has interviewed some of the most exciting names in the film industry, including Jodie Foster, Ryan Reynolds, Charlize Theron and Christopher Lee, and he dreams of one day convincing Sigourney Weaver to yell “Goddammit!” at him.

Josh’s latest novel, THE SHADOW GLASS, is due to be published in March 2022.