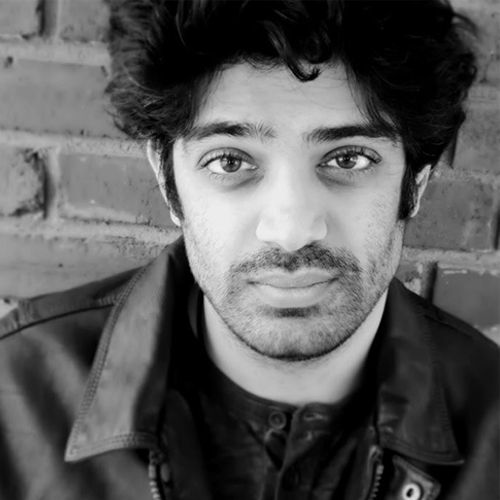 R.R. Virdi is a two-time Dragon Award finalist and a Nebula Award finalist. He is the author of two urban fantasy series, The Grave Report, and The Books of Winter. He has worked in the automotive industry as a mechanic and holds a deep love for American classics. As of August 2021, one of his short stories will be taken to the moon on the Peregrine Lunar Lander.

Virdi’s latest series, Tales of Tremaine, begins with THE FIRST BINDING — due to be published in August 2022.

The hardest challenge for him up to this point has been fooling most of society into believing he’s a completely sane member of the general public. He currently resides in Northern Virginia where he wanders local hills in the dead of night while issuing challenges to fist-fight the moon.

He remains undefeated in his battles against celestial bodies.

Should the writing thing not work out, he still practices for his back up plan: dressing up as a dancing shark for a Katy Perry performance.