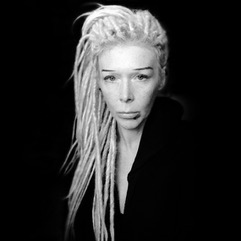 Sarah Anne Langton is an award-winning designer and illustrator based in London. Sarah has worked on numerous projects for DC, Marvel and the Cartoon Network, and has worked with Microsoft, Apple, Ars Technica, Hachette and others. She is the lead designer for the Forbidden Planet brand and licensed product.

Sarah’s illustrations include her BSFA Award winning cover of CENTRAL STATION, and she has designed and illustrated multiple covers for publishers such as Tachyon, Angry Robot, Hachette, Apex, Fox Spirit, NewCon and many others.

Sarah has been nominated for a Chesley Award, three British Fantasy Awards and three BSFA Awards.

Sarah designed the iconic “Pickwick the Dodo” logo for Hodder & Stoughton, which has been used extensively by the publisher on a range of brand products and merchandising. She is designing and illustrating the forthcoming computer game Floor 13: Deep State. Her work in comics include drawing New Swabia by Lavie Tidhar. Some of her iconic covers include the re-brand of Tidhar’s Bookman Histories trilogy for Angry Robot, The Apex Book of World SF series for Apex, and Tidhar’s novels published by Tachyon (CENTRAL STATION, UNHOLY LAND and THE VIOLENT CENTURY).

For more of Sarah’s work, check out…