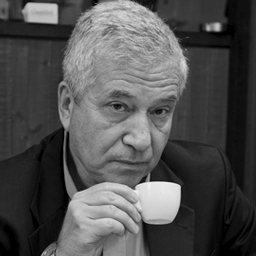 As a recovering journalist who had attempted to withdraw from frontline reporting, Stephen Vines was lured back into action helping The Sunday Times in London to cover the 2019 Hong Kong protests in addition to providing commentary for a wide range of broadcasting outlets including the BBC, Al Jazeera, Reuters TV plus radio and televisions in Ireland, Germany, South Africa and Thailand.

He started his career as a freelance journalist specialising in Middle East affairs, going on to focus on business and industrial matters, working primarily at The Observer where he became the Deputy Business Editor before moving to become the Labour Editor, covering the miner’s strike, the UK’s biggest political and industrial story of the 1980s.

In 1987, he moved to Hong Kong as South East Asia Correspondent for The Observer. Five years later, he became The Guardian’s Hong Kong Correspondent and a regular contributor to papers such as the Asian Wall Street Journal, Fortune and the Daily Telegraph. He was also a regular contributor to the BBC, ABC (Australia) and Deutsche Welle and Radio Vaticana.

In 1993, Stephen became the founding Chief Editor of Eastern Express where he was responsible for all editorial aspects of the paper’s launch and established a full sized broadsheet newspaper in the record time of four months. He recruited a full-time editorial staff of some 140 people. The paper quickly established a reputation as Hong Kong’s most lively English language daily.

Afterwards, he worked as a foreign correspondent, covering Hong Kong and the region for The Independent. He also worked at Radio Television Hong Kong as presenter for television and radio programmes. In 2004, he became the publisher and co-founder of Spike, a ground breaking satirical magazine.

Stephen Vines currently writes political analysis columns for a number of Hong Kong outlets and presents a current affairs television programme, The Pulse, as well as being a weekly contributor to the Morning Brew radio show, both of which are aired by the public broadcaster, Radio Television Hong Kong.

A select portfolio can be found below:

THE YEARS OF LIVING DANGEROUSLY (1999)

DEFYING THE DRAGON: HONG KONG AND THE WORLD’S LARGEST DICTATORSHIP (2021)