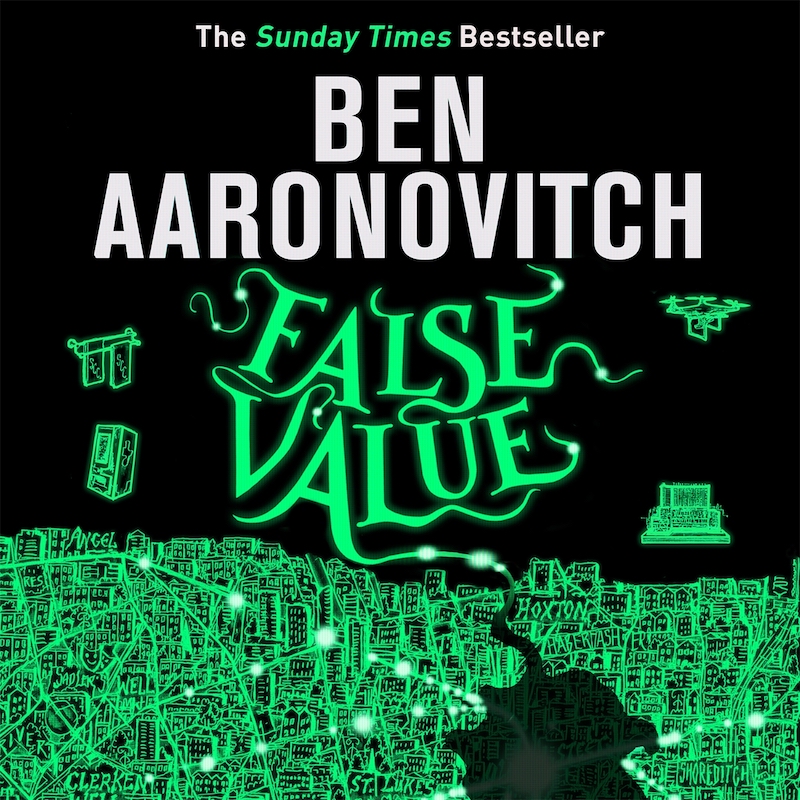 We’re very happy to report that Ben Aaronovitch and Brandon Sanderson each has a novel among Audible UK‘s bestselling audiobooks released in 2020!

FALSE VALUE, the eighth novel in Ben’s internationally bestselling and critically-acclaimed Peter Grant/Rivers of London series, is published by Gollancz in the UK. Here’s the synopsis…

Peter Grant is facing fatherhood, and an uncertain future, with equal amounts of panic and enthusiasm. Rather than sit around, he takes a job with émigré Silicon Valley tech genius Terrence Skinner’s brand new London start up – the Serious Cybernetics Company.

Drawn into the orbit of Old Street’s famous ‘silicon roundabout’, Peter must learn how to blend in with people who are both civilians and geekier than he is. Compared to his last job, Peter thinks it should be a doddle. But magic is not finished with Mama Grant’s favourite son.

Because Terrence Skinner has a secret hidden in the bowels of the SCC. A technology that stretches back to Ada Lovelace and Charles Babbage, and forward to the future of artificial intelligence. A secret that is just as magical as it technological – and just as dangerous.

‘Aaronovitch showcases a superlative blend of whimsy and grit in the eighth Rivers of London urban fantasy… The suspenseful mystery at the novel’s core is laced with humor and charm. Jim Butcher meets Douglas Adams in this winning series installment.’ — Publishers Weekly (Starred Review)

‘… sees Peter taking on new responsibilities both at work and at home and there’s a definite shift in tone towards the stranger side of magic and the broader implications of what a resurgence of strangeness means to the world at large. Aaronovitch is clearly having a blast building on the world he’s already created… The main character is a delight as always… The tone is light, witty, and action packed as always. Cinematic where has to be and detective chic in other places. And, as always, the description of London is so solid and real that you can practically feel the familiar layer of grime the city has… As always, Ben Aaronovitch takes the reader on an unforgettable ride into the fantastic.’ — Starburst (9/10)

‘… my favorite current series… delightful, compulsive and fresh — with a love of multicultural London evident on every page, wonderfully diverse characters, magic, mystery, and mayhem. Once you start, you will literally not be able to put them down.’ — Lavie Tidhar in Washington Post

‘Wonderfully blending technology and magic… Aaronovitch creates a fantastic blend of real-world London, harbouring a secret magical underground, delicately interwoven with an alternative history that touches on the origins of computer programming and the work of Ada Lovelace and Charles Babbage… a solid crime/detective novel that provides fans of the series with another entertaining adventure for Peter Grant complete with dark humour and explosive action.’ — SciFi Now 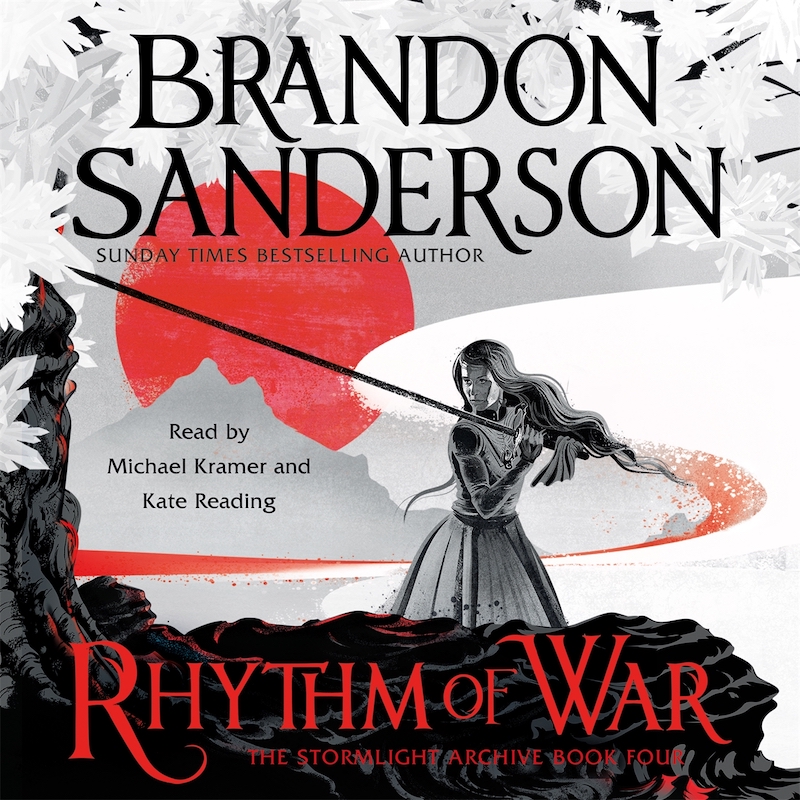 RHYTHM OF WAR, Brandon’s fourth Stormlight Archive novel, is the other Zeno title on the 2020 bestseller list — and it was only released in mid-November! Also published by Gollancz, here’s the synopsis…

‘I thoroughly love this book. I want a fantasy book to make me care about the characters, about what happens to them, and about the world they inhabit. I’m a reader who can enjoy a character-driven book or a plot-driven book… but when you give me a well-crafted book with both, I love it. For me, that’s what RHYTHM OF WAR does. It engages my mind and my heart in equal measure. The answers I got made me happy. (Well, okay, some of them made me sad, but also they were good answers, so I’ll take it.) The new questions, and a few remaining old questions, make me eager for the next book before this one even has a chance to hit the shelves. Read it as soon as you can, and be sure to come back and join us for the reread, starting in January. There will be so much to discuss!’ — Tor.com (non-spoiler review)

‘RHYTHM OF WAR is another phenomenal sequel, a worthy novel adding a mind-blowing amount of significant content and meaning to The Stormlight Archive… absolutely essential reading for genre fans. Even though it will be many years until all the books are completed, with each colossal volume demanding no small amount of emotional and time investment from readers, Sanderson proves time and time again that it is well worth it.’ — Bibliosanctum

‘I really lost myself in Sanderson’s Roshar and this novel is another incredible entry in a stunning fantasy series. Some moments that happen throughout these pages will have the SFF scene discussing and debating them for months. Although The Stormlight Archive is due to be a ten novel series, I believe the next book will be the last of this era, making RHYTHM OF WAR the penultimate entry. Events are poised expertly at the end of this narrative for the next novel to be beyond exceptional. I’m sure this time in three years I’ll be re-reading this series again before the next book and I cannot wait. The Stormlight Archive is epic fantasy at a level that is rarely equalled.’ — Grimdark Magazine

Both novels also spent time on The Times Bestseller list, too.