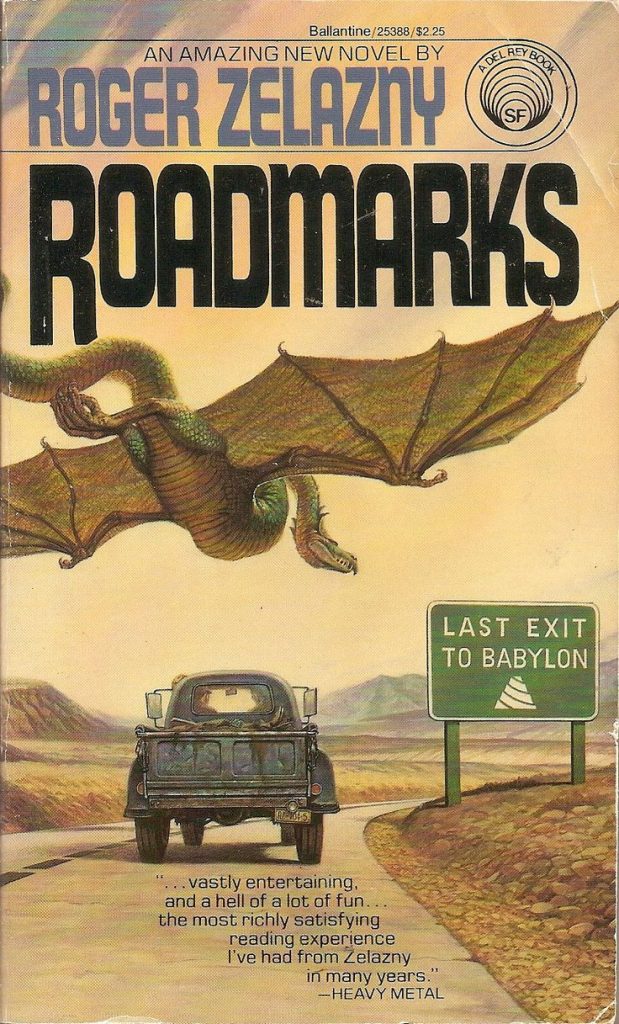 As reported by Deadline, Roger Zelazny‘s classic novel ROADMARKS is currently in development for HBO! Kalinda Vazquez is writing and leading the adaptation, with George R.R. Martin executive producing.

The novel was first published in 1979, and has been published widely in translation. Here’s the synopsis…

The Road runs from the unimaginable past to the far future, and those who travel it have access to the turnoffs leading to all times and places — even to the alternate time-streams of histories that never happened. Why the Dragons of Bel’kwinith made the Road — or who they are — no one knows. But the Road has always been there and for those who know how to find it, it always will be!

Via Deadline, here’s what George R.R. Martin had to say about the project:

‘My career in television started in 1985 when I adapted Roger Zelazny’s Last Defender of Camelot for The Twilight Zone. Roger was a friend, a mentor, and one of the greatest science fiction writers who ever lived. It was an honor to be able to bring his work to television. That is why I am so thrilled to be a part of adapting Roger’s novel Roadmarks for HBO. We have a great book, a great screenwriter in Kalinda Vasquez, and the makings of a wonderful, original show. I look forward to a long and thrilling journey.’

After Roger Zelazny passed away, Martin penned a heartfelt memoriam for the author, which you can read here.

We’ll share more news about the ROADMARKS series as and when we know more.